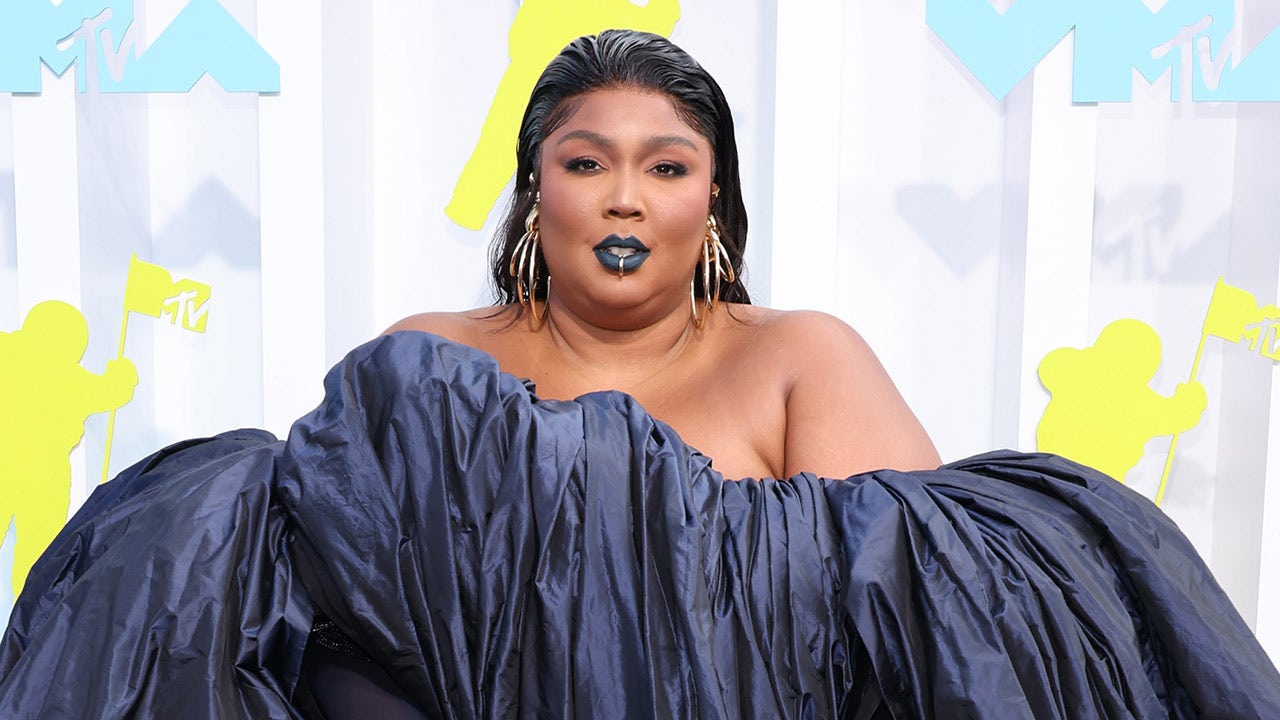 Lizzo, BLACKPINK and Kane Brown took center stage on the star-studded red carpet as MTV celebrated the music videos and artists who created the sounds of the year at the Video Music Awards in New Jersey.

The “Good as Hell” singer wore a strapless black Jean Paul Gaultier Couture gown with puffy fabric across her chest, which draped in a dramatic train. Her makeup artist, Alexx Mayo, slicked her hair away from her face and she wore matching gold triple earrings with a lip ring.

“We had so much fun on this project, so we’re very happy that everyone enjoyed it,” Rosé said during a pre-show on-mat interview.

The red carpet was buzzing with A-list stars ahead of the show at the Prudential Center, which marks the program’s return to live for the first time since 2019, before the coronavirus pandemic shutdowns forced productions to restructure ceremonies price reduction.

MTV VMAS 2022: WHO’S PERFORMING AND EVERYTHING YOU NEED TO KNOW

‘Bachelorette’ star Rachel Lindsay rocked a little black dress with fringed tassels as she posed for snaps before heading to the show, while ‘Bachelor Nation’ co-star Tayshia Adams opted for jewel tones as she slipped into a silky green number with a thigh-grazing slit.

Harlow told pre-show host Kevin Kennay that he was “hungry and focused” heading into the big night.

“I haven’t won a lot of awards,” Harlow admitted before saying he was “hoping to clean up tonight” with eight nominations and the most decorated performer of the night.

Katelyn Jae Brown and Kane Brown (R) were ready for a night of fun at the VMAs on Sunday.
(Dia Dipasupil)

(L-R) BLACKPINK’s Lisa, Jisoo, Jennie and Rosé pose for photos before winning their first moon man of the night at the Video Music Awards.
(Dia Dipasupil)

When asked to describe his upcoming performance, he used the word “unforgettable”.

Nev Schulman wore white pants and a white shirt with a peace sign button, while Laura Perlongo sported a blue crop top and pants at the VMAs.
(Cindy Ord)

Artist Sabrina Carpenter wore a sparkling floral Moschino dress with a halter neckline on the black carpet before chatting with correspondent Tate McRae.

“I’m so excited to be here, dressed up a bit,” Carpenter said. “It’s like the most exciting and scary thing in the world.”

She said she was very excited to see K-Pop group BLACKPINK perform and admitted, “I’m a huge BLACKPINK fan.”

The Michael Jackson Video Vanguard Award is given to an artist who has consistently released videos that have had a significant impact on videos released by other artists and on pop culture in general. This year, the award goes to rapper Nicki Minaj.

Jack Harlow is one of three hosts of the night at the New Jersey VMAs.
(Arturo Holmes)

VMAs host LL Cool J opted for a leather ensemble ahead of the awards show on Sunday night.
(Arturo Holmes)

“Nicki broke down barriers for women in hip-hop with her versatility and creative flair,” Bruce Gillmer, president of music, musical talent, programming and events at Paramount+, said in a statement. communicated. “She changed the music industry and cemented her status as a global superstar with her crossover appeal, genre-defying style and continues to be unapologetically ‘Nicki’.”

Minaj not only receives the coveted award, but she also returns to the VMAs stage after being absent for four years. She is expected to perform a medley of her greatest hits and she is thrilled to have her fans tuning in.

“I feel like we all have moments and memories watching the show’s performances and collaborations,” he said. “It’s such an iconic show to be a part of, and I feel really honored that they asked me. I can’t say too much, but I can say they can expect this be something they’ve never seen before.”

“I don’t even know if they’ve revealed the full lineup yet, but there are too many amazing performances to pick just one,” Brown explained. “I love doing collaborations. I always feel like different artists always have different things to contribute, and it’s such a creative space when you can walk into a room and learn and grow from each other and create something their fans and yours are proud of too.”

Artists nominated for the night’s most coveted award, Video of the Year, include Doja Cat for ‘Woman’, Drake for ‘Way 2 Sexy’, Ed Sheeran for ‘Shivers’, Harry Styles for ‘As It Was ”, Lil Nas X and Harlow for “Industry Baby” and Olivia Rodrigo for “brutal”.

2022-08-28
Previous Post: Coldplay Celebrates 20th Anniversary of Sophomore Album, ‘A Rush of Blood to the Head,’ With Enhanced ‘The Scientist’ Video
Next Post: Marching bands trade their scores for smartphone apps