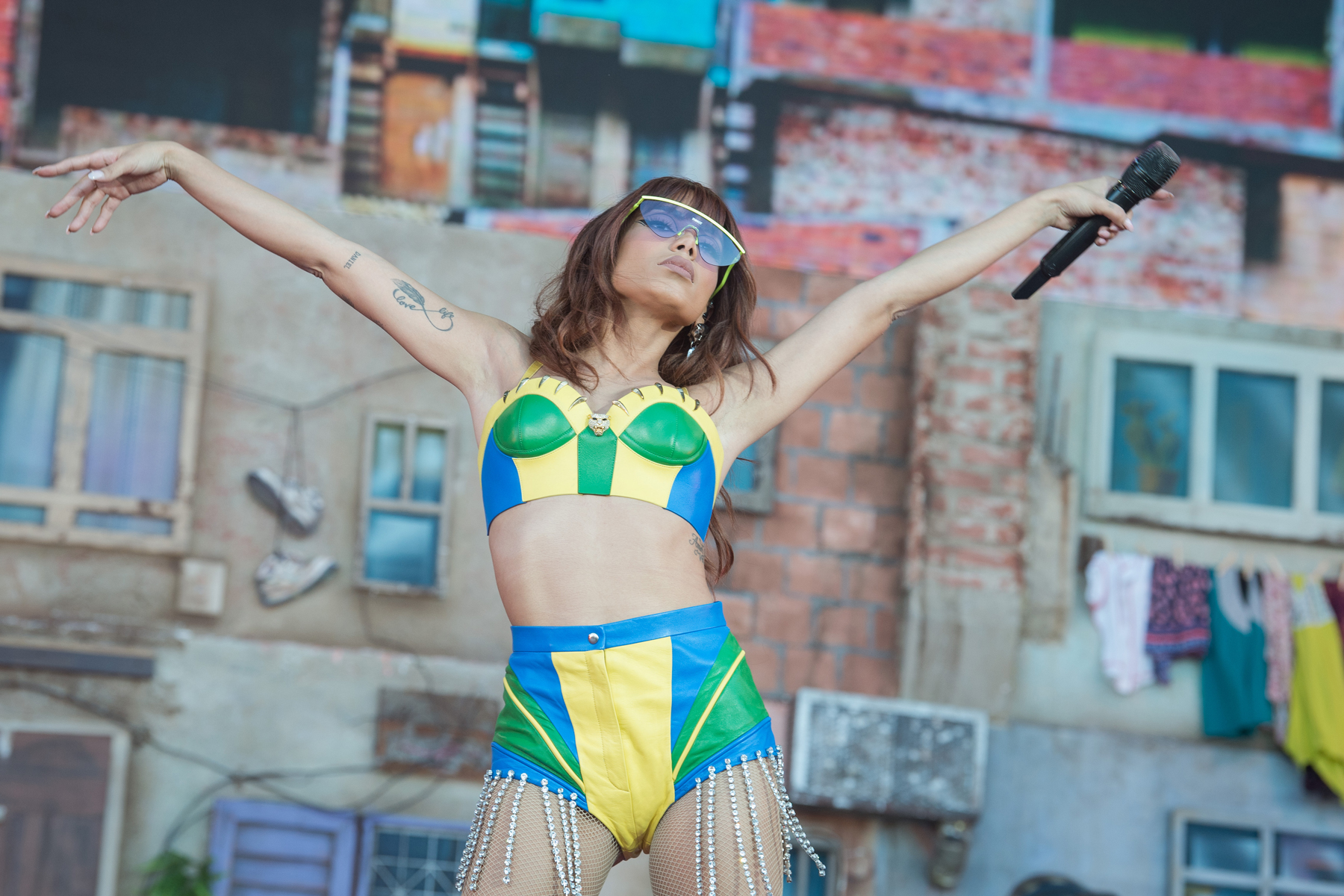 Anitta has had a huge year following the release of her eclectic album versions of me, becoming the first Brazilian solo female to perform at Coachella and earning a Guinness World Record as the first Latin solo artist to reach No. 1 on Spotify’s Global 100. And she’s got more in store: The singer announced this week that she plans to drop the deluxe edition of versions of mewhich will feature brand new tracks with Missy Elliott and Maluma.

Anitta teased the deluxe album on her Instagram, sharing a short clip and then asking fans which music video they wanted to see first. In the process, she revealed that the Missy Elliott collab was called “Lobby,” while the song with Maluma was called “El Que Espera.” She previously shared how excited she was about working with Missy by sharing a photo of the two of them on her Instagram Stories and writing, “Honestly can’t believe what’s going on right now. ” Missy tweeted the image and called Anitta “one of the sweetest performers” and a star.

.@Anita one of the cutest artists and made me laugh so much yesterday🤣😂You are a star! And I’m really grateful to you and your team, you all treated me with so much love and kindness🙏🏾💜 Let’s go🙌🏾#Lobby pic.twitter.com/wbuUHCF0JP

On Monday, she shared a short clip from “Lobby” on TikTok.

Lobby feat @Missy Elliott is coming, are you ready?

2022-08-01
Previous Post: Jay Chou: ‘Greatest Works of Art’ is Star’s most ambitious project
Next Post: This Sunday at All Saints: Sunday August 7