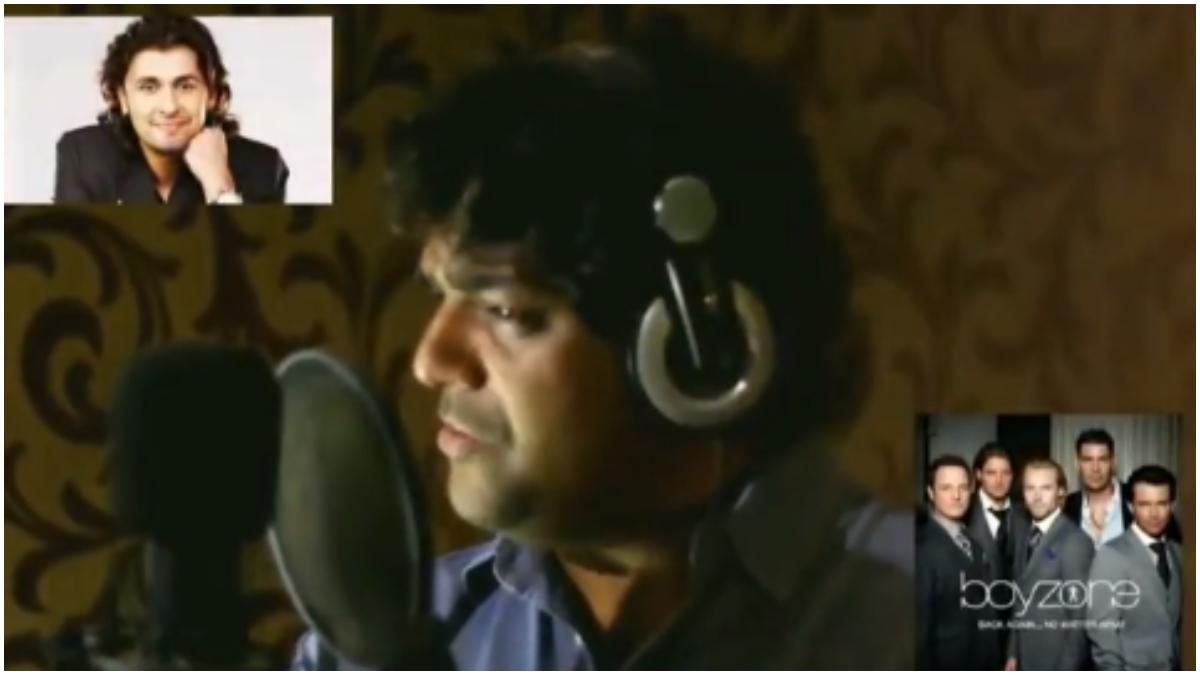 A mimicry artist named Sumedh Shinde has recreated famous international pop songs in the style of Bollywood singers. A video of the same went viral online with over 30,000 views.

By Shubhi Mishra: If you are a 90s kid, you might know the evergreen songs sung by Sonu Nigam and Abhijeet Bhattacharya, SP Balasubramaniam, Udit Narayan and Kumar Sanu. Their silky voices made many people smile and that fact cannot be denied. So when a video of a mimic artist singing international pop songs with his voice surfaced online, it obviously went viral.

The now viral video was shared by Sumedh Shinde on Twitter. Sumedh, who is a mimicry artist, has sung international pop songs like Words and Truly Madly Deeply in the voice of Sonu Nigam and Abhijeet Bhattacharya respectively. The way he recreated the famous tracks in their style will surely impress you.

Moreover, Sumedh also imitated songs such as When You Say Nothing at All and I Want It That Way in the voice of SP Balasubramaniam and Udit Narayan respectively.

“I’m from the generation of Mtv and Channel V and I’ve always been very fascinated by these songs, that’s why I created this interesting concept 3 years ago. I hope even you will like it. International pop songs from Bollywood singers, Sonu Nigam & Abhijeet Bhattacharya,” reads the caption of the post.

The video garnered over 30,000 views after being shared online. Netizens were totally impressed with Sumedh’s talents and praised him.

“This is incredibly extraordinary,” wrote one user.