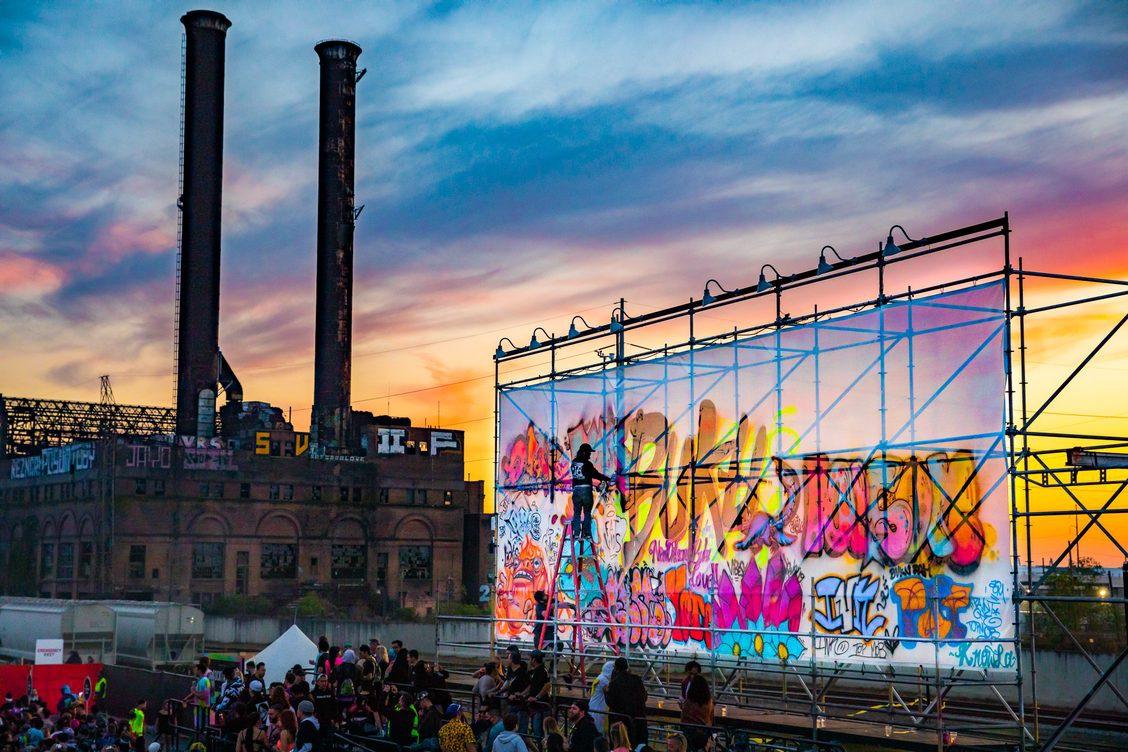 I like musical events that take over a city. There’s something extra special about hosting a weekend party within walking distance of the host city’s hotels, restaurants, shops and bars. Project BUKU lands next weekend along the Mississippi River in the New Orleans Harbor Square, within walking distance of the New Orleans Convention Center. This two-day event brings the New Orleans community together to celebrate the city and with a diverse mix of music. The headliners are Tame Impala on Friday night and Tyler, The Creator on Saturday.

BUKU has a distinct flavor after Hurricane Katrina in New Orleans and carries on the cultural tradition of the city. Additionally, the event is expected to end at 11 p.m. each evening, allowing revelers to return and interact with the city after the festival. This “in the city, in the city” aspect creates its own impact. BUKU revelers are not isolated there, they move from the city to the event site and then back. As such, there is no “us and them” tension in the city. Some people are in town, others are at the event, but eventually they all end up in one place, blending into this big indoor/outdoor rolling party that is New Orleans. The BUKU project also places its artists in late shows off-site and in venues open to anyone purchasing a ticket.

BUKU Music + Art Project was co-founded by Reeves Price who explained his vision and origin to me. Reeves is passionate about both New Orleans culture and how the project interacts with the city. BUKU put dance music and hip hop on the same page very early on. Now that’s commonplace, but no doubt it stems from the team’s early recognition that this is a viable formation.

Additionally, BUKU organizers recognized the need to support local talent, so beyond bringing local artists to the event, they created Upbeat Academy, a free after-school music program for young people. of New Orleans. A portion of ticket sales support Upbeat’s work as well as other fundraisers at the event, and some of Upbeat’s students are invited to perform.

Another differentiator of the BUKU project is that they have a minimum age of 17 for all participants. It’s a really obvious standard that other events should consider. It is horrifying to see parents pushing strollers or carrying babies through a crowd where the sound vibrates at high decibels. At the very least, you’d hope these parents would provide hearing protection for the kids, although it seems to be in place less than 25% of the time. Here’s a thought: Adult events are for adults. Leave your grandchildren at home.

Reeve’s favorite part of the event is how excited, diverse and amplified the crowd is. The participants are collectively the BUKREWE, a play on Mardi Gras which takes place about a month before BUKU. He believes this group is cohesive, creating a community with good vibes. He also likes that BUKU changes the footprint every year, so the design considers new elements every year. You won’t see the same event year after year, there is always changing art where the stages are built.

My conversation with Reeves Price was interesting and informative. It’s below in video and audio podcast format:

New Orleans has a strong musical tradition. The same goes for its culinary culture and the hospitality of its people. The BUKU Music + Art project presents a model of how the heart of a city can be opened to both residents and visitors attracted by the artists who will perform. People on the BUKU grounds can enter as a disparate crowd from across the country. They leave as a family, joined by their shared love of music, food and how their hosts integrate them into the local community and culture.