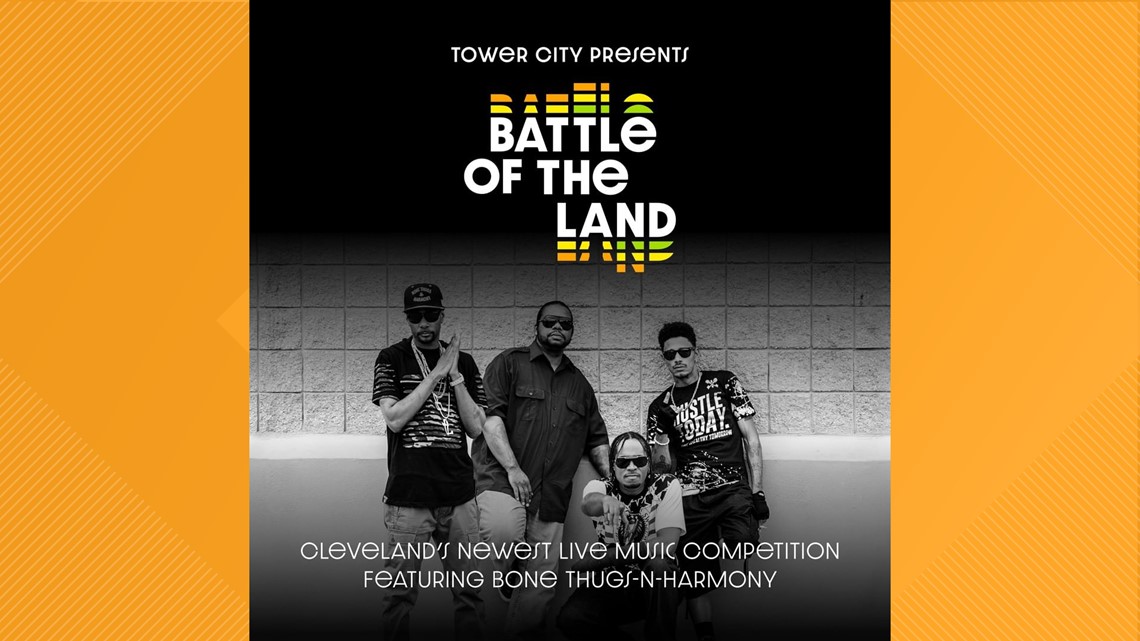 The winner will open for Bone Thugs-N-Harmony at their concert on Thursday, October 28.

CLEVELAND – As much of the region braces for the arrival of big stars at the 2021 Rock and Roll Hall of Fame induction this weekend, just down the road, a cohort of local artists compete for the chance of a lifetime.

Over the past four weeks, 16 artists have participated in weekly showcases in the heart of downtown Cleveland at Tower City Center for the chance to open for legendary Grammy-winning group Bone Thugs-N-Harmony. The competition – titled “Battle of the Land” – is presented by Bed Rock, the real estate company behind the revitalization of Tower City.

“The goal is really to connect the entrepreneurial young musical talent of the Cleveland community with world-renowned musicians from Cleveland who have come before them,” said Christopher Noble, vice president of development at Bed Rock.

The competition is now over for the last four artists. Blayzee, Sparrow and the Lost Boys, Murr and Free Drew will all compete on Wednesday, October 27 for the coveted opening slot.

“The opportunity to network with Bone Thugs-N-Harmony, to open up to them and to hang out with them is something that, uh, any young musician or entrepreneur would love,” Noble said. “They are some of the most famous rappers on the planet.”

The winner will be determined, as with previous showcases, by popular vote, which means those in attendance can help select the winner.

YOUR vote is needed TONIGHT! The 4 best artists take the stage for the #BattleOfTheLand Finals. The winner will open for Bone Thugs-N-Harmony tomorrow in Tower City! Click on the link to get your free tickets: https://t.co/99PeBXqDfY pic.twitter.com/6f52sDbgTH

Showcases are free and open to the public, but due to capacity limitations, participants must reserve their place online. For tickets, click here.

The winner of “Battle of the Land” will be announced after the final performances on Wednesday and will take the stage with the hip-hop icons on Thursday, October 28th. The show will begin at 6 p.m. in Tower City with the opening an hour before.

The Bone Thugs-N-Harmony concert is the first in a series called “Tower City Live”, which will bring a host of free and family-friendly events to the area. Upcoming guests include Runaway June and the Plain White T’s.

“The Clevelanders love music. It’s not just about, uh, rap and hip hop,” Noble said. “It’s about everything and getting everyone back downtown.”

Bedrock, which is owned by Cavaliers owner Dan Gilbert, intends to transform this once popular landmark with pop-up retail experiences, dining and entertainment, as well as more local and company-owned businesses. minorities.

* Editor’s Note: The video in the player above is from a previous report.