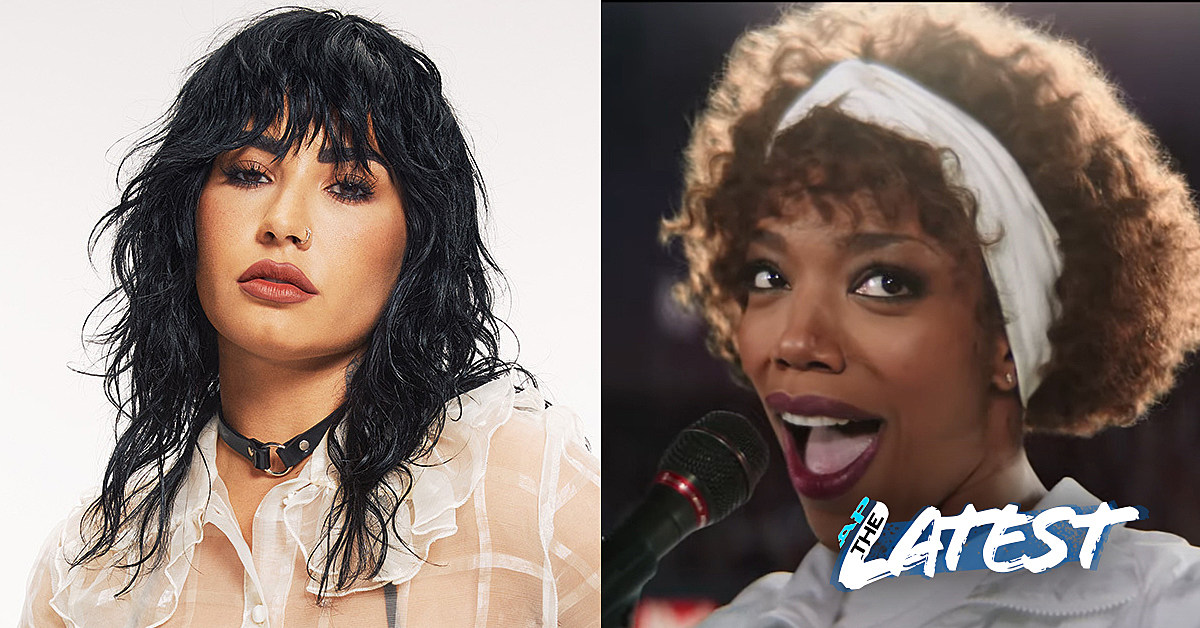 welcome to The lastour daily upload of the essential news you need to know about music, culture and style.

Demi Lovato shared a new live performance video for her SAINT-FVCK song “HAPPY ENDING”. In their cover interview with Alternative Press, Lovato talked about how the songwriting fresh out of treatment affected her creation. “The new sobriety can be very difficult for people, and it was really difficult for me,” they explain. “Some of the most damaging experiences were when I had a lot of time sober, and I just wasn’t happy anymore, but the people around me were pushing me to be the face of that, to do that interview or to do this campaign.” Watch the video below and grab a physical copy of the interview here. —Neville Hardman

The first trailer has been revealed for the upcoming whitney houston biopic I want to dance with someone. Actor Naomi Akkie will play Houston, with Stanley Tucci as record producer Clive Davis. I want to dance with someone will chronicle Houston’s meteoric rise to fame, the awe-inspiring milestones and tragedies that occurred throughout her life. Lemons from Kasi (Harriet) directed the film, with Bohemian Rhapsody scriptwriter Anthony McCarten provide the script. The film hits theaters on December 21. —Alessandro DeCaro

Irish post punks DC fountains stopped by The Late Late Show with James Corden to perform their dream single”roman holidays.” The title is taken from their exceptional third album Lean fia, and the live performance showcases how cool and effortlessly in sync the band is with clanking guitars, reverb-laden atmospheres and the intoxicating vocals of frontman Grian Chatten. Fountains DC is set to kick off its fall North American tour this weekend, with an appearance at Primavera Sound Festival in Los Angeles on September 17. —Alessandro DeCaro

Modest Mouse is Hosting a Garage Sale on Reverb

Are you a fan modest mouse passionate fan of vintage music equipment? Good, Reverberation got you covered. Modest Mouse has revealed he will be selling 150 pieces of gear from his personal collection exclusively on Reverb from September 21. Fans will have the opportunity to acquire their own piece of indie rock history, with many elements used on the road and in the creation of classic albums from their catalog, including The lonely crowded West and Good news for those who love bad news. The selection is diverse, ranging from vintage guitar amp combos, acoustic guitars, audio consoles and a one-of-a-kind Modest Mouse-branded Yamaha DS-49. Nerds Gear, now is your time. —Alessandro DeCaro