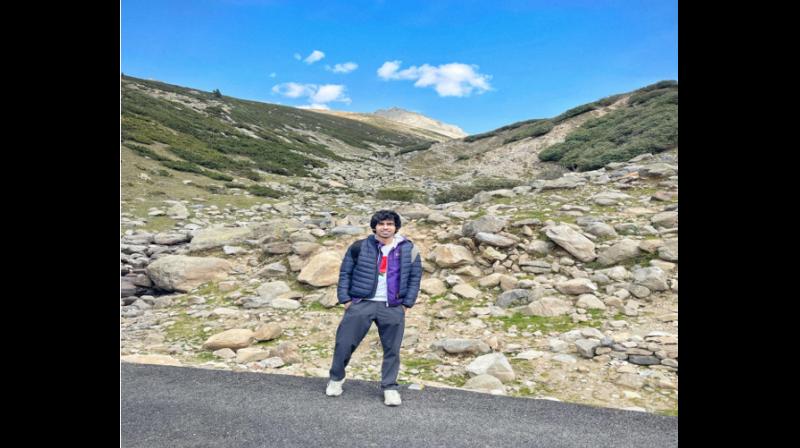 The concept of cinema has always been a fascinating journey for any creative professional. After all, it takes creativity in abundance. It is the filmmakers who bring stories to life through their ability to tell stories. Among many creative minds, Agam Mann of the Agam-Azeem duo stands out for his extraordinary talents as a director. The director does not need to be introduced as he has made hundreds of commercial music videos in Hindi and Punjabi.

Agam Mann has collaborated with leading artists in the industry like Karan Aujla, Sidhu Moose Wala, Parmish Verma, Neha Kakkar and Tony Kakkar to name a few. Born into a typical Punjabi family, Agam was very passionate about films. Beginning his journey with independent short films and music videos, Agam Mann mastered his skills and continued to work with the country’s biggest music labels.

Some of the best-selling music videos he has produced are “Mexico Koka” by Karan Aujla, “Shona Shona” with Shehnaaz Gill, the late Siddharth Shukla and Tony Kakkar, and “Poison” by Sidhu Moose Wala, “Sohne Lagde” and ” Jatti Jeone Morh Wargi ‘. Agam Mann has come a long way in his successful career. For Agam Mann, melodic tunes and storytelling go hand in hand. These are the two attributes he focuses on when making a music video.

Along with performance music videos, Agam’s focus remains on the story of the music videos. “It’s the story and the narrative that keeps audiences engaged. That’s what I’m looking for when making a music video. We like to carry out on a larger scale with a broader thought to convey stories through our work, ”says Agam. Music videos helped accelerate his career, Agam’s ardent dream remains to make a feature film.

Agam Mann’s years of experience as a music video director opened doors for him to become the next big star in the film industry. He says, “The trip has been a roller coaster ride. Agam-Azeem has immense love for everyone. We hope to progress from here. Recent works by Agam Mann include “2 Phone” by Neha Kakkar with Aly Goni and Jasmin Bhasin and “Khad Tainu Main Dassa” sung by Neha Kakkar and Rohanpreet Singh.

In closing, Agam Mann said that there are a lot of projects in the pipeline ahead. The director can’t wait to unveil new stories to viewers, and he hopes to leave audiences in awe of his upcoming works.

Disclaimer: No Deccan Chronicle reporter was involved in the creation of this content. The group also declines all responsibility for this content.