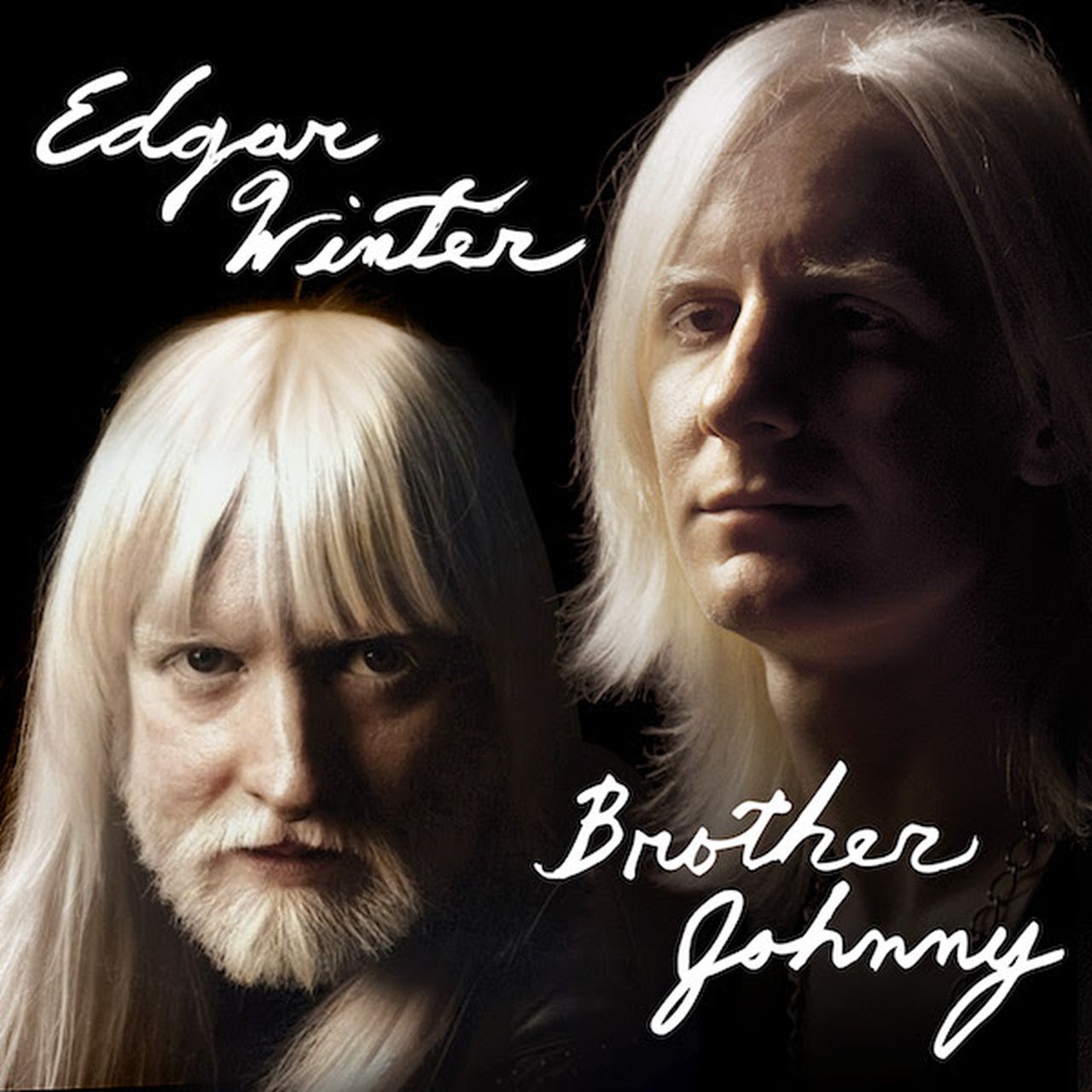 CLEVELAND, Ohio – It’s been eight years since Johnny Winter passed away, and he’s been barely forgotten – especially by his younger brother Edgar.

The two Beaumont, Texas natives were musically united at the hip in their youth, taking slightly different paths but never straying too far from each other. Johnny hit the big time first, discovered by Mike Bloomfield, then signed to Columbia Records for what was supposed to be the biggest advance ever at the time, $600,000. Edgar, now 75, played on Johnny’s first two albums and as part of his band at Woodstock before starting his own recording career in 1970 and moving on to hits such as ‘Frankenstein ” and “Free Ride”.

The two would continue to work together, from Johnny’s appearance on Edgar’s White Trash live album “Roadwork” to their collaboration “Together” in 1976 and at other times later.

It’s hard not to feel the love from “Mean Town Blues” to “Jumpin’ Jack Flash”, “Rock ‘n’ Roll Hootchie Koo” and “Highway 61 Revisited”. Johnny Winter may have sung “Self Destructive Blues” and indulged in self-destructive practices in his day, but eight years later, it’s the music that remains, and in gloriously thanks to “Brother Johnny.” ..

“Brother Johnny” has been in the works for a long time, hasn’t it?

Winter: I’ve never made an album over such a long period of time. I wasn’t sure at first, and my wife Monique, who I’ve been married to for 43 years now – not bad for rock’n’rollers! — helped convince me. Shortly after Johnny died, I got a lot of offers, and it just didn’t feel right. It was more like business people sensing an opportunity. And when I spoke to Monique, she said, “Of course you should. You owe it to yourself, to Johnny, to the world to recognize your older brother. If it wasn’t for him, you wouldn’t be where you are. I would have thought someone else would have made one, but when I thought about it, I felt like I was probably the only one doing it, and that just meant I could make this album.

It was a very symbiotic relationship you had with music.

Winter: Johnny is my all-time musical hero, he always has been. He encouraged me to play more jazz and classical, because his heart was always in the blues but he knew my musical tastes. If I just got into the blues, he’d be like, ‘Why do you do my style? Make YOUR style. Because of Johnny’s drive and determination to rise to fame and become a star, I think he was naturally drawn in that direction (rock ‘n’ roll). But his first love has always been for the blues.

What was it like immersing yourself in his catalog during those years?

Winter: I knew it would be very emotional and maybe difficult, but it turned out to be a really joyful experience, and I met so many people I had never had the opportunity to play with and they all had stories of Johnny, things they had done on the road. It was truly something I will never forget, and something I felt the time was right for.

Johnny left a substantial body of work. How did you choose which songs would be on it?

Winter: It’s hard for me to say which songs are obscure and which songs people know, but when I decided to do the album, I chose songs that I wanted to be on. One of the things I tried to consider was whether I should just make a straight blues record, paying homage to the great legacy that Johnny left to the world, or should it be more of a dedication personal from me to my brother based more on mine. preferences. I tried to strike a balance between the two. I just feel like there was a depth and range to his playing that was never understood or appreciated. He would take a song like “Stranger”, it’s not a typical Johnny song; it has beautiful chords, and I think it reveals a sensitivity and a vulnerability that Johnny was reluctant to show too much. But he wrote this song, which I’ve always loved, so I put it there. I tried to paint the whole picture of the Johnny I knew growing up.

How was the recruitment of the guests?

Winter: Well, some people are longtime friends. I didn’t want to do a copycat album or an album that felt like a nostalgia album or album, really. I wanted it to be a tribute not only to my brother Johnny but also to the blues and the guitar. I wanted to make a great album, and I wanted to pick people who I thought were great artists, whose playing I loved, and let them pay homage to Johnny by playing his songs in their own way. There are so many fantastic performances from all these amazing artists, but I didn’t want anyone to play a song that they didn’t feel like playing with passion, that’s why I think it all went so well. fine. People were playing Johnny songs they already liked. The whole thing just took on a life of its own.

It’s interesting that you have Joe Walsh on “Johnny B. Goode”, but who sings rather than plays guitar.

Winter: I used to sing this song with Johnny, and I thought Joe should be on it because he’s a rocker. And when I asked him, he said, “Well, that’s a Chuck Berry classic, I don’t know what I can add to that particular song.” Then I said, “You know, you don’t have to play. Why don’t we sing along together” and he said, “Yeah, I’m up for that”, which was such a beautiful and heartwarming experience. I felt like I was doing it with Johnny. And then he said, “Give me other choices and he picked ‘Stranger’. I would have expected him to pick something uptempo, but he did a great job on ‘Stranger.’

It’s quite a track overall with Joe playing, Michael McDonald singing and Ringo (Starr) on drums.

Winter: Joe first played on “Stranger” and I had hoped that I could convince Ringo to play on something. He loves to play shuffles but he likes light bouncy shuffles and there was nothing like that on the record. So when I asked him to do it (“Stranger”), he said, “I’ll do it for you,” and I was over the moon — “I can’t believe we’re gonna get Ringo, l one of the Beatles, on this record! And then Ringo invited me to play in the All-Starrs again this year, so that was great too.

Having Taylor Hawkins on “Guess I’ll Go Away” became bittersweet in light of her death.

Winter: (via a post-interview statement) It stands out in my mind as the most energetic and rocking song on the entire album. I’ve always considered it stylistically the most unusually advanced song Johnny has ever written, almost a precursor to heavy metal. Because of this unusual quality, we wanted a younger, more energetic and modern vocal approach. Our engineer, mixer and producer (Ross Hogarth) had worked extensively with Taylor and they were very close friends. When Ross suggested Taylor (being such a huge Foo Fighters fan) I said, “Wow, how perfect”… I had just met Taylor and barely knew him, but I I was so impressed by his sincerity, his positive energy. , and pure enthusiasm. He had a unique spontaneous style, unlike anyone I’ve worked with before. He put his whole heart and soul into it, and I’m so sad that I never found a way to thank him the way he so deeply deserved.

What have you planned now?

Winter: Well, I love music and I will always do something. As for making records, it takes a lot of you, and for me, because I’m such a perfectionist, it always ends up being a long process. I think albums are now more like videos; it’s a promotional tour more than anything else. So when the idea of ​​doing the Johnny tribute album came up, I was like, ‘There’s an album I’d like to do, and there’s a real reason to do it.’ I have a whole book of poetry and a whole series of short stories that take place in this mythical world called The Shadowland, and I have music associated with it called “Shadow Dance”, so I could put it out as a solo recording. And before I decided to do the Johnny tribute, I thought I’d pay tribute to all those great Texas blues musicians — of course Johnny would be on that, Stevie Ray (Vaughan) but also all those people like Lightnin ‘ Hopkins, T-Bone Walker, Gatemouth Brown, Johnny Guitar Watson. I could do it too.

Are you also working on a musical based on “Frankenstein”?

Winter: The “Frankenstein” idea, yes. The idea is a doctor who is a posh plastic surgeon from Park Avenue. It’s kind of social satire – the government is interested in him and they think if he can build these bodies and animate them that would make the perfect soldier because they wouldn’t be exactly human so that would take away a lot moral conflict of war. It’s a very involved plot, but I have all the songs and the music, and I’ll probably record the music myself. I just like to do unexpected things like that.