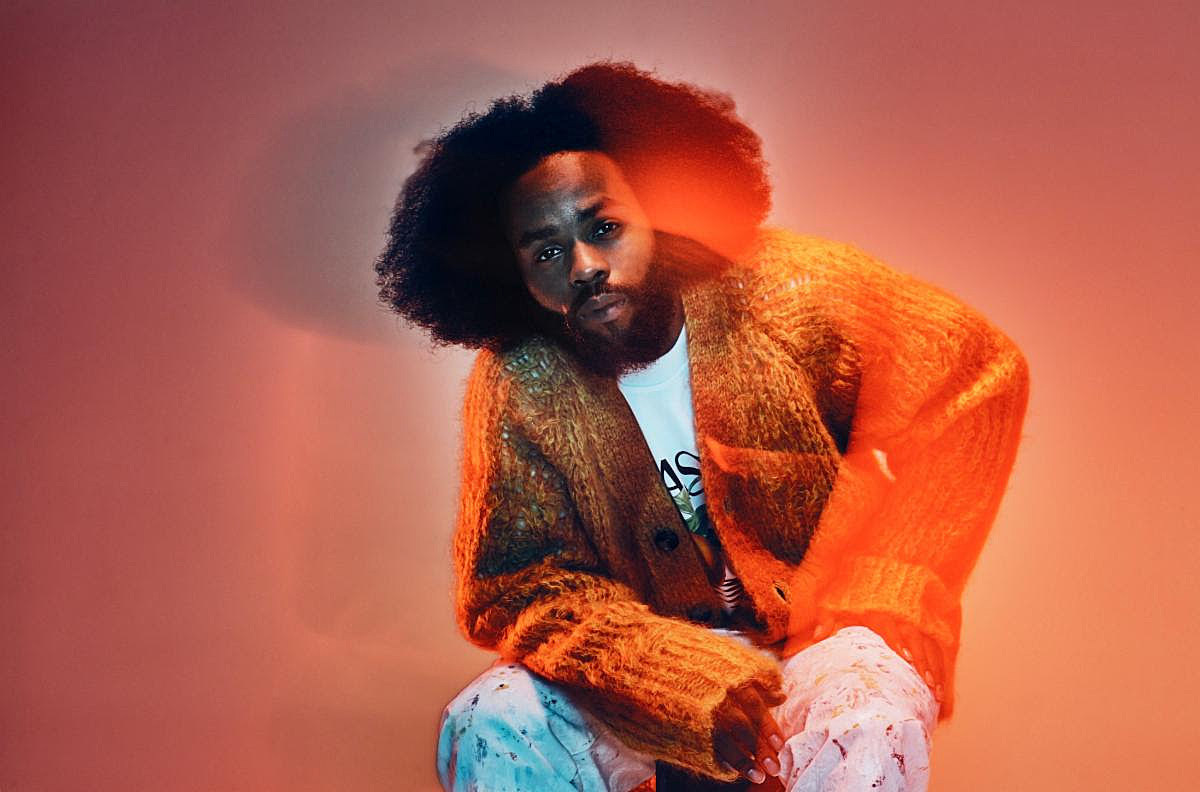 So many artists, so little time. Each week we review a handful of new albums (of all genres), put together some more new music that we would call “indie” and talk about what metal is releasing. We post music news, song premieres and more all day long. We update a weekly playlist of some of our favorite tracks right now. Here’s a daily recap with a bunch of interesting, recently released songs in one place.

Fly Anakin pays homage to the late Sean Price with this new song, who finds him spitting on a misty Evidence instrument. “Sean Price inspired me to stand up for what I believe in and say what I feel, regardless of the type of beat,” said Anakin. “His influence put me in the driver’s seat, I sprouted wings and shit.” The song will appear on Anakin’s next album, scheduled for 2022 via Lex Records / Mutant Academy.

GRAVESEND – FROM THE GUTTER … TO THE TOMB

New York black / death dealer Gravesend released his killer debut album Human disposal methods on 20 Buck Spin earlier this year, and now they’ve followed it up with a two-song Decibel flexi, with new tracks “From the Gutter” and “To the Grave”. It’s as vicious as anything on the LP, and should sound great at Gravesend’s first live performance for Pig Destroyer in New York in December.

Yaeji and OHHYUK, founder of Seoul-based band HYUKOH, entered the studio together earlier this year after exchanging song skits. They have now shared two new singles written, recorded and produced by the duo, along with accompanying music videos. The “Year to Year” video was produced by DQM, and the “29” video was produced by Nam Eunuk. “When I felt a bit stuck and stagnant with music, Hyuk helped me rediscover the joys of creating, and it was the first time I had collaborated with someone so closely on music,” says Yaeji. “We spent many days together in the studio in Seoul, sometimes even without making any music, but just discussing how we grew up and shared meals together, and our musical collaboration blossomed as we went along. as our friendship grew. “

As mentioned, Holy Other’s first album in nine years, Lieve, arrives on November 19, and he is releasing his second single today. It’s a haunting and ethereal song that will take you back to the early 2010s, the days of the witch-houses.

PASS AWAY (I AM THE AVALANCHE, CRIME IN STEREO) – “OREO”

Pass Away (members of I Am The Avalanche and Crime In Stereo) shared the second single from their upcoming album Thirty nine, and like the last single, it’s a dose of anthem, Lawrence Arms-y punk. “This song is named after Oreo, a black cat that I woke up sleeping on top of my head with very early in the morning on the Lower East Side,” singer / guitarist Mike Ireland told Chorus.fm.

GULFER – “END OF THE WORLD”

Montreal emo group Gulfer have shared a new single, “End of the World”, and they find their ’90s emo-inspired sound in a refined form, with noodly / mathy guitars and soaring hooks.

MARCO BENEVENTO – “AT THE END OR BEGINNING”

Marco Benevento is back with a new single and it’s a propulsive, bouncy psych-pop song that sounds a bit like Currents– Era Tame Impala if James Murphy produced.

The DC Genocide Pact death metallers have shared another track from their upcoming self-titled album (due 3/12 via Relapse), and it’s loaded with popping riffs.

A Will Away announced a new album, Stew, due February 18 via Rude Records. The new single “Karma” is a great anthemic alt-rock song you might imagine dominating radio in the late 90s / early 2000s.

Underoath shared the Ghostemane collaboration from their upcoming album Voyeurist. “I knew I wanted to have a function on the bridge. I wanted something abstract, and ideally hip-hop,” said guitarist Tim McTague. Ghostemane’s partly rapped and partly screamed function fits perfectly.

The last single from Hana Vu’s debut LP, Public storage, is “Gutter.” I used to watch these YouTube videos titled Tales of Mere Existence by Levni Yilmaz when I was in college, and then I rediscovered them while writing this record, ”Hana says. I wrote him a letter when I was 12… this song is based on one of his shorts. “

Slow Pulp is set to go on tour, and before that they shared a new single, “Shadow,” which the band said “was written at the end of the recording. Removals in Spring 2020. This song is about feeling out of control, like there’s a certain part of you that just doesn’t seem to want to work with the rest. “

Producer and songwriter David Holmes has passed his single “Hope Is the Last Thing to Die” to a few other artists to remix and Daniel Avery takes him to techno trancey territory.

Here’s another track from Eels’s upcoming album Extreme sorcery which will be released in January. “Steam Engine” offers a blues song that boogies a bit too.

Portland MØTRIK komische lovers will release their third album, MØØN: Cosmic Electricity of MØTRIK, on November 12th and for a taste, discover this song which should strike this Neu! itch.

UK band Squid shared a few remixes of songs from this year
Light green field. “Global Groove” gets a radical techno overhaul by Cosey Fanni Tutti of Throbbing Gristle, and “Narrator” is amplified and chopped by Loraine James.

“I fantasized about the women caught in his web and wrote ‘Seven 55’ from their perspective,” Jessy said of her new single which is part of her upcoming album DJ-Kicks. “I think it’s important to face a nightmare, so what better place than Las Vegas to shoot video for a song about desire and denial. In the video, Winston captures people in foregrounds in limbo between destinations during their weekend in Vegas. “

METRONICS – “IT’S GOOD TO BE BACK”

“I remembered what it was like when I was a kid when I was sitting in the backseat of my parents’ car and they were playing their music and I thought ‘that’s awful’, but he There had to be a song or two that I would love, “says Joseph Mount of Metronomy.” I thought it would be fun to do that kind of album, and this is the song the kids might love. It’s the ‘cool’ song. ”Metronomy’s new album, Small world, released in February.

Snail Mail shared a new single from their upcoming album Valentine. Lindsey Jordan says that “Madonna” explains “why love cannot exist between a person and a concept of a person. Remove the pedestal and you may find that there has never been anything at all. “

The first single from Elvis’ new album The boy named if a puffy rocker that has the energy you associate with Elvis’ early days with the Attractions.

British indie group ME REX has announced a new EP, Pterodactyl, and you can read more about the single “Never Graduate” here.

Screamo / post-hardcore groups Overo, Zochor, Punch On! and Coma Regalia are releasing a 4-way split on Middle-Man Records (and other labels), and you can read more about the song from Punch On! here.

Performance of the second guilt album of 2021, CHRISTFUCKER, is out next week (limited pre-order of Red Splatter vinyl), and you can read more about the new single “Sadist” here.

Chastity shared a new single from their upcoming album Suffer summer, and you can read more about it here.

Ohio rapper Stalley teamed up with most top underground rap producers Apollo Brown for the collaborative album Black light, and you can read more about the great single “Humble Wins” here.