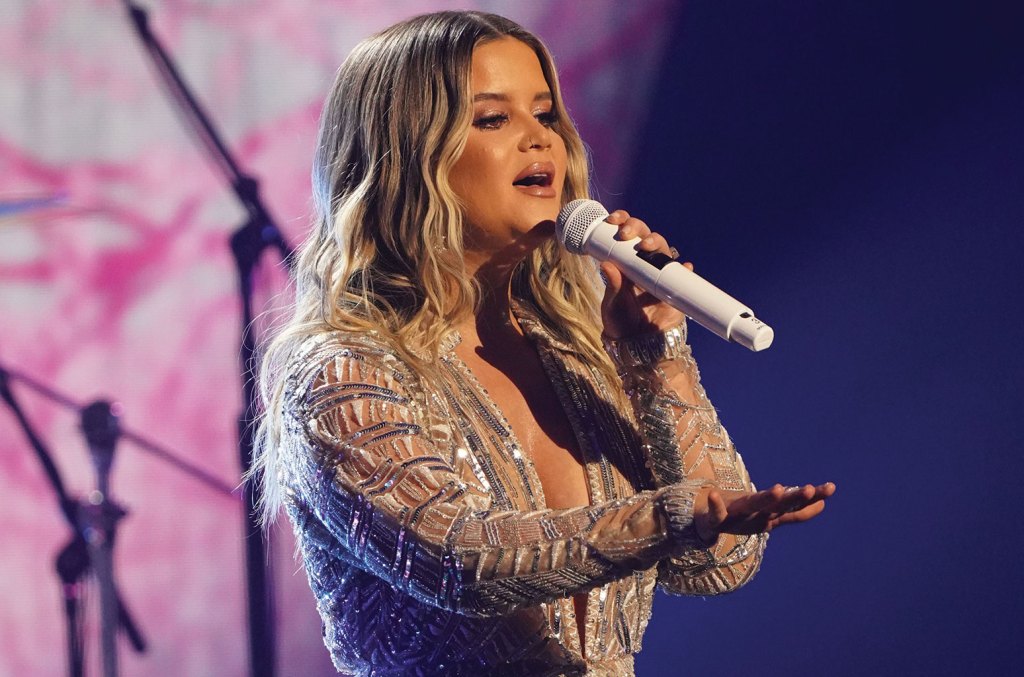 “I was so nice until I woke up / I was polite until I spoke,” sings Maren Morris on “Humble Quest“, the title track from her third album, out today (March 25).

It’s been three years since the release of Girl, the second set that made Morris a star in both the country and pop worlds with the crossover hit “The Bones,” which built on the previous pop success of his 2018 feature on “The Middle” by Zedd. Meanwhile, Morris’ voice has become even more flexible, able to caress the notes as she sings of her love for her son on “Hummingbird”, expressing a welcome playfulness on “Tall Guys” and a searing vulnerability on “What Would This World Do.”

Morris also found his voice outside the studio. She has become one of the most outspoken advocates for diversity and inclusion in country music – never afraid to speak her truth without ever giving up her love for the genre.

It is with this same fearlessness that she approaches the film produced by Greg Kurstin humble quest. An intimacy pervades the often subtle production as it leaves the listener in different corners of their world, particularly their relationship with husband and fellow artist, Ryan Hurd. Like all of us, she’s been through a lot in the past few years and she’s feeling it all, whether it’s loss, new parenthood, romantic love or loneliness and sharing her experiences so openly. , she created her most inviting work to date.

Here is a first ranking of each song on Humble Quest:

While most of the songs in this project contemplate the finer details of committed relationships, this track is full of verve and desire. Sensual backbeat and gritty reverb serve this raw rocker well who finds herself in love with her lover, at a level of intensity that surprises even her. “Tracing my body like you’re learning cursive, researching / How far your touch can take a person,” she sings. Sounding both refined and anxious, his voice undulates over the verses, just before a soaring waistband that highlights his dynamic range. –Jessica Nicholson

One of the wittiest leads of the lot, Morris sheds light on the height difference between herself and hubby Ryan Hurd (Morris is 5’1″ while Hurd is 6’3″). From feeling free to wear her highest heels to flying first class because “it’s the only way her knees go,” she details the different situations they find themselves in. “We don’t always agree, but a different point of view is fine,” she muses, though this spunky track ultimately celebrates someone who makes her “look up when I’m feeling down. – J.N.

While the title may sound like we’re headed for a mourner, the reality is quite the opposite in this testament to lasting love. It turns out that Morris is so in love with her man – presumably Hurd – that she just couldn’t love him more than she does. Strumming on an acoustic guitar on the album’s twangiest song, Morris playfully sings Hurd: “Lighten up my heavy / So beautiful it makes me sick.” – Melinda Newman

When Morris teamed up with Natalie Hemby, Amanda Shires and Brandi Carlile for their 2019 album tall women, Morris was co-author of “My Name Can’t Be Mama,” an intimate insight into the struggles of motherhood. Morris delves into the subject on “Hummingbird”, the first song written for humble quest, wrote this track the day she found out she was pregnant with son Andrew Hayes. Hayes, now 2, makes a guest appearance on this intimate acoustic lullaby. “I’ll hold you in my loving arms / But I’ll let you fly free,” she sings in this tender tribute, which she wrote with Love Junkies members Lori McKenna, Liz Rose and Hillary Lindsey. -JN

This tender waltz beautifully addresses the ephemeral nature of time and love and the permanence of art. Sounding a bit like Taylor Swift, Morris professes she’ll love Hurd until they’re just “background music,” taking comfort in the knowledge that their human forms will eventually turn to dust, the music they create will live forever, even if their names are long forgotten and relegated to background music. Written by Morris for Hurd with Laura Veltz and Jimmy Robbins. -MN

As Morris examines her relationship with Hurd from many different angles, on this track and a number of others, she marvels that they are together even though they are “the furthest thing” one. on the other, “But damn it, do we always fit each other so perfectly.” Against a shimmering, singsong melody, she and Hurd lament the time their careers require them to spend apart (“the furthest thing” is also literal in that they’re often thousands of miles apart). other), but rejoices that “something in the universe is pulling me back to you.” -MN

Inspired by his producer/close friend Busbee as he died of a brain tumour, this moving piano ballad reflects how, even as the earth continues to turn in the face of great personal loss and “there are strangers who n ‘will have no idea, “His world is changed forever. Although his situation and the reason for writing the song is very personal, Morris has crafted a universal ode to grief that never crosses the maudlin, but delicately captures unrelenting heartbreak as she sings “The only thing I know for sure is I’ll never be the same again” because “of everyone, I’ll only have one you.” Given the huge loss we’ve all suffered over the past two years, “World” serves as the perfect closer contemplative album.– MN

Plinking piano, handclaps and a swaying groove underscore this devotional ode that pays homage to a proven rider who offers unwavering support and acceptance. “Bridges are burning everywhere / But not on our street,” she croons, celebrating seasoned friendships that endure despite life changes, emotional upheavals and all. -JN

A softly whispered melody, supported by a steel pedal, animates this sweet testimony to the joy of traveling and the pleasure of changing paths when the right person is by your side. “I don’t care for a detour / I don’t care for the wrong way back…as long as I can still be yours.” One of Morris’ strongest and most flexible vocals on the album. – MN

The title track serves as a manifesto for Morris as she navigates this world and her career that any woman can relate to. “I bit my tongue behind a smile / I fell on swords that I can’t see…. It got easier not to ask / Keep banging my head against the glass / I was so kind ’til I wake up,” she sings in a soft voice that belies the bile in her words. As she continues, she wonders how she’s progressing in her “humble quest” to find the answers and the way forward with humility, authenticity and grace.– MN

1. “Circles around this town”

The first single from humble quest, this track is a lucid reminiscence of Morris’ early days in Nashville, full of co-writing, handshakes, passion and restlessness, as a young writer “Tryna say somethin’ with meaning/ Somethin’ Worth singin’ about.” Sonically, the song embodies a crisper, more rooty vibe than other recent tracks such as “The Bones,” and nods to his breakthrough hits “My Church” and “’80s Mercedes.” But make no mistake, even with an arsenal of hits, she still has plenty of ambition in the tank. As she states in the chorus, “I’ve always got the pedal down.” -JN