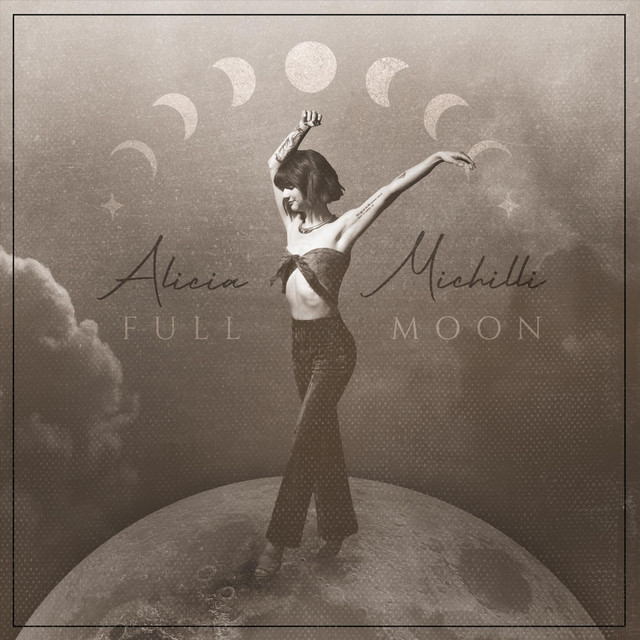 Propelled by a soulful and powerful voice, the promising singer from Detroit, Alicia Michillireleased their new song ‘Full moon’ it’s a fun and heartfelt love ballad. The song is lively with exceptionally soothing music in the background. The acoustic instruments with her happy vocals give the song a country vibe and create a truly dreamlike atmosphere. The carefree attitude of his voice gives him a provocative side that bubbles with self-confidence. The song speaks to the soul of the singer and clearly conveys to the listener the adoration and delight of the artist when he sings the song.

The carefully composed love song resonates with the idea of ​​living in the moment and enjoying it to the fullest. Known for her impressive performances at AMERICA’S GOT TALENT, this Nashville artist grew up on the sounds of Detroit Motown. These influences remain undisguised in his music and give it a unique quality. “Full moon” has a cardinal feel-good vibe. The sinuous tones take us on a journey of climactic euphoria then weave down into a more soothing space, from where it picks up its rhythm.

by Alicia Michilli her melodious voice made her popular among several writers and performers, and she even opened for artists like Andra Day, Nelly (for Nick Cannon Rocks Times Square in support of St Mary’s Children’s Hospital), Taj Mahal and Keb ‘Mo’. To listen to his other incredible tracks, like ‘Heart Beat’ and ‘The edge’ which captured the hearts of listeners, tune in to Spotify and follow her on Youtube. Also, follow her on instagram, Facebook and Twitter.