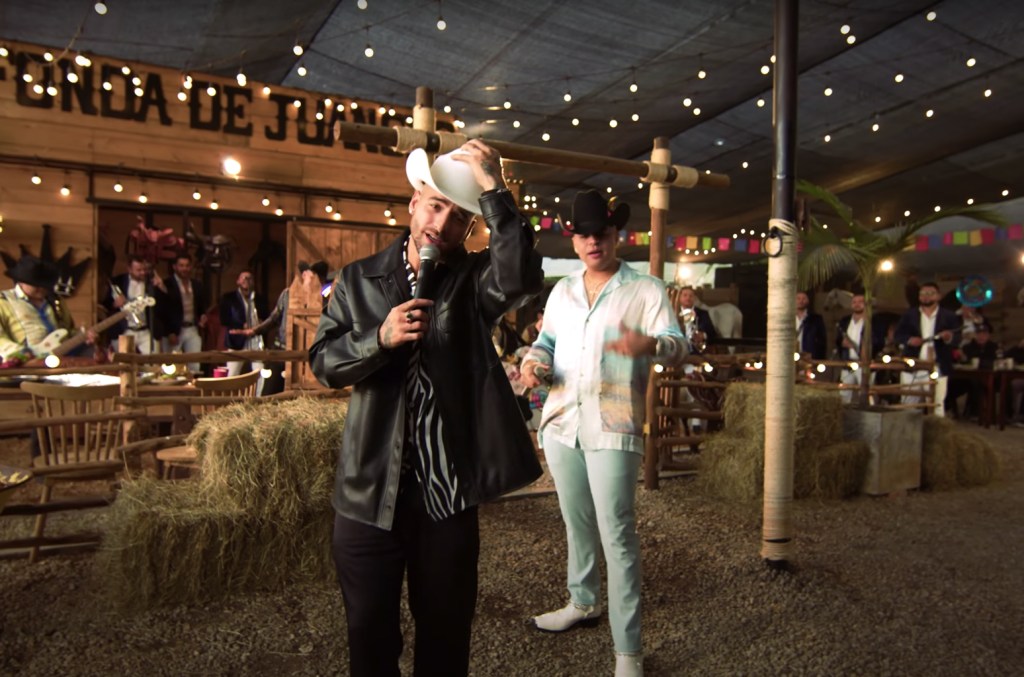 Like most of Grupo Firme’s clips, their new clip titled “Cada Quien” with Maluma gives us a major FOMO.

The supergroup released their last song on Tuesday (December 7) and teamed up with the Colombian star, marking the first time the norteño / banda group has collaborated with a urban artist.

“Cada Quien” is a shameless piece where each artist sings about life in their own way and sends a message to all those who love to criticize and judge others: “To each his own! “

In the clip, shot in Medellín, Colombia and presented by Music VIP Entertainment, Maluma and Grupo Firme are seen on a ranch as they sing and take photos straight from the bottle.

Jhonny Caz from Firme said Billboard how the collaboration came about and how they didn’t think twice about the opportunity.

“We received a video of Maluma saying hello and asking when we would work together. I mean, how could we say no to Maluma. We were thrilled and started to coordinate everything. It all happened in a few days, ”he said.

“Yes, we collaborate outside of our style. We also recorded songs with Reik and Río Roma, but I’m always afraid to go into another genre, ”added band frontman Eduin Caz. “I’m afraid of losing our fan base. That’s why sometimes I go on stage in urbano outfit with sneakers, and other times, I wear boots and a tejana [cowboy hat] so that everyone is happy and that they are not caught off guard when we sing with an urban artist. We have been very careful with this type of collaboration, and I trust Isael (the firm manager) to do the right thing.

Watch the clip for “Cada Quien” below.

2021-12-07
Previous Post: Mother calls for an end to music videos glorifying violence
Next Post: 10 hip-hop artists who changed the game