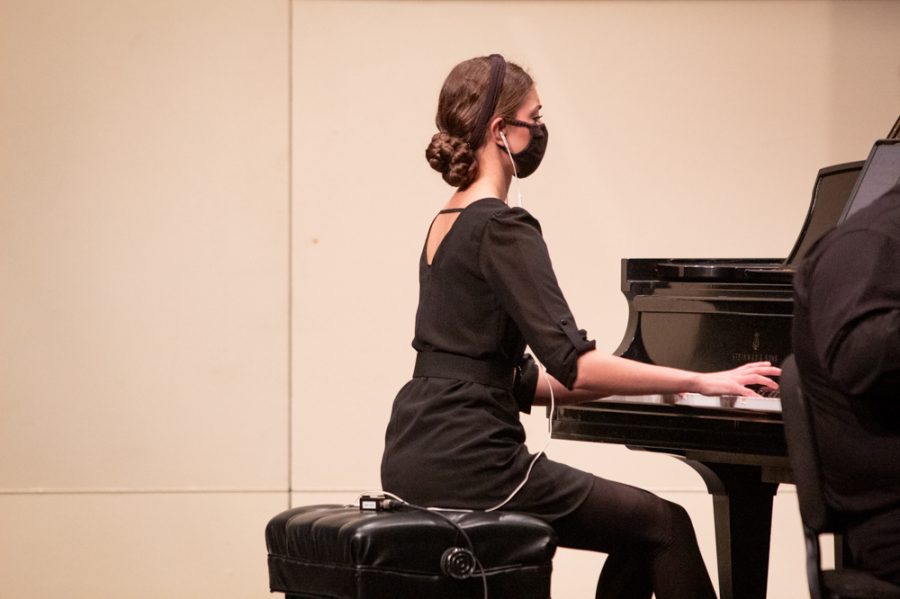 The Grand Valley State University Making Waves Initiative was established in 2019 to explore how water shapes people’s lives and experiences.

Since its inception, its main goal has been to encourage members of the GVSU community to collaborate on projects with each other in a spirit of advocacy and community engagement.

GVSU’s New Music Ensemble contributed to the cause with their recent performance of the “Lake Michigan Project,” a concert featuring musical selections that honored and celebrated one of the Great Lakes.

The performance took place on November 18 at the Louis Armstrong Theater at the Haas Center for Performing Arts and was open to the public.

New Music Ensemble director and GVSU composition professor Bill Ryan was responsible for coordinating the concert and bringing the theme to life.

“(GVSU) was looking for projects that explored how water touches our lives, especially Lake Michigan, ”Ryan said. “We asked five young composers to create compositions inspired by Lake Michigan and brought them to campus for the first performance and various additional activities so that they could interact with our GVSU community. “

In addition to the event, the composers were available after the show to meet and chat with members of the public. Ryan said he thought it was a wonderful experience for those in attendance.

“The presence of the composers was a unique opportunity to interact with the creators,” said Ryan. “Very often in the classical world this is not possible, and we end up with program notes or other scholarly material to read in order to better understand the music. For this event, you could speak directly to the composer.

Ryan said it was important for the GV New Music Ensemble to perform pieces that underscored the importance of nature to the GVSU community.

“On that program, there are the five commissions of the Lake Michigan project, as well as two works that we commissioned and performed on our summer tour of the national parks,” Ryan said. “I liked the idea of ​​presenting a program of all the commands, and more specifically, all the commands inspired by the outdoors.

Music videos by composers Nathan Hudson and Elena Specht were also presented at the event as part of the “Lake Michigan Project”. Ryan attributed the creation of the videos to the time the ensemble spent performing during the COVID-19 pandemic.

“We recorded the music and made these videos last year, which were perfect projects to tackle at a time when we weren’t allowed to play,” Ryan said.

The concert was a once in a lifetime experience, celebrating the composers, performers and the nature that brought them all together.