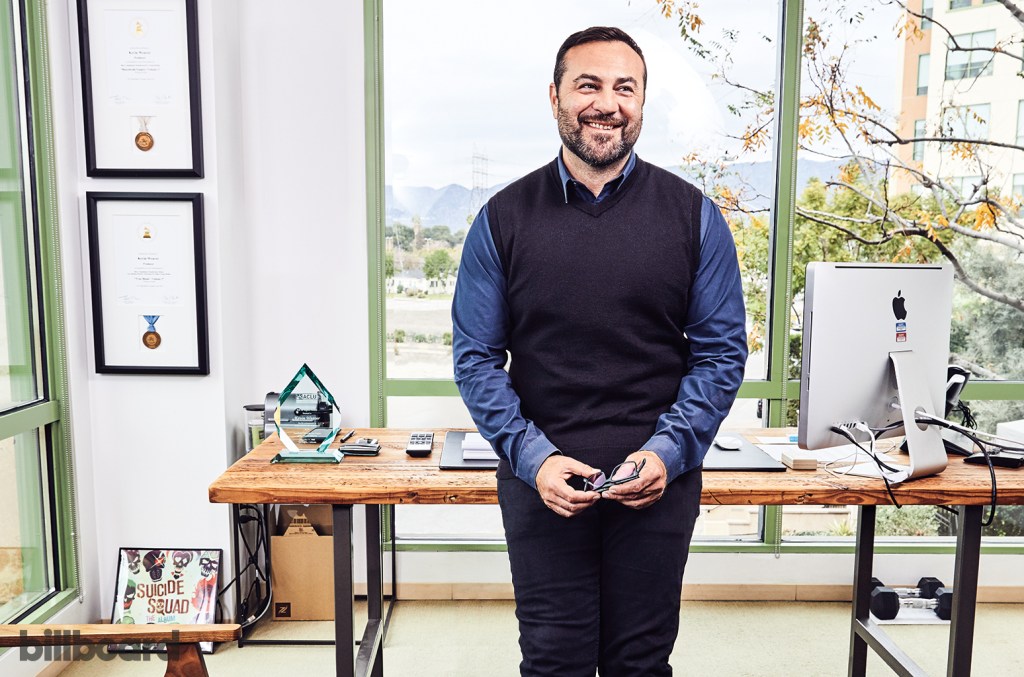 The 56 artists competing in the inaugural edition of NBC’s American song contest – who debuted on Monday night (March 21) – will have their songs released by Atlantic Records, the legendary US label that has featured iconic artists such as Aretha Franklin, Crosby, Stills, Nash & Young and Ed Sheeran.

Billboard spoke with Atlantic Records, West Coast President Kevin Weaver about the label’s involvement in the competition and plans for the season.

How did Atlantic Records become the label for American song contest?

Ben Silverman and Audrey Morrissey are both very good friends of mine. Ben propagated the deal to bring the format to the United States. I spoke to Ben early on, then saw the press announcements that NBC had picked up the show, and then they hired Audrey as showrunner. Audrey and I did a ton of stuff together and we started talking about it and it really got us excited. I felt this was a huge opportunity and a great platform for developing and established artists – and everything in between – and I jumped in and figured out how to do business with them.

Could you explain your involvement in the selection of artists and songs?

We got involved early on and helped the show with the cast of artists who represent all states and territories. So we were super involved in that, and there was a lot of commentary, feedback, and dialogue between us, the network, and the producers of the show. And then we gave them the ability to access our A&R services. Some people came with their own music. They didn’t want Atlantic involved in A&R at all. It was a minority of people, and then a ton of people wanted to take advantage of what we were offering them by helping them record records, find songs, mix records, the whole process of making records as good as possible. , and it was really fun to be in it like that on a lot of songs.

What was it like working on 56 songs at the same time? What kind of team do you have in place to manage so many titles?

It certainly took a lot of time and energy. But I have great A&R staff here, so I enlisted them. In our A&R team, a few people in particular: Pete Ganbarg, who is our President of A&R. Pete was in the trenches with me. Brandon Davis is svp from A&R and he’s worked on many of my big soundtrack projects. He also works with Lizzo and a group of our artists here. So Brandon was deep into it. We have this amazing young A&R named Kelly Sayer. Kelly was the glue that held the 56 artist machine together and she was phenomenal. She has a huge hit with an artist she does daily A&R on, an artist named GAYLE who has a song, “abcdefu”, which is a giant hit. So I’m surrounded by great people and I’m lucky to have an incredible team. I also brought in a dear friend of mine who I’ve done a lot with over the years, a producer/songwriter/mixer named Allie D. I made a deal with her to work on a lot of records. Between all of us, we divided things up and everyone had their own responsibility, and then we all ended up in the middle. Lots of work, lots of rolling up our sleeves and everyone was definitely in the trenches together.

Are the 56 applicants all Atlantic artists or is there an option to sign the ones you want to the label?

We have the majority of the singles on the show and we have deals on all of those songs and we’re developing relationships with all of those artists. The hope is that we break a bunch of artists through the show and the fact that we’ve been in business with them and been their partners from the start would lead me to believe that we’re going to be in it for the long haul .

Are there artists who are already signed to a label, such as legacy artists as well as newcomers?

A handful did, a minority, and I was able to resolve situations with just about all of them. I was able to figure out how to make it work with virtually everyone, regardless of their specific situation.

What is the release pattern over the eight weeks of the series?

Each week, we’ll be rolling out the 11 songs that are performed on this episode during those five weeks when new music is created. And I release a bundle every week, so there will be an album as well as the individual tracks for streaming and downloading.

Not physical. A digital album to download. You can buy it as a body of work, an album. You can take the tracks and fragment them or you can stream them to all platforms. It will be available wherever music is consumed at this point, and then probably somewhere later we will combine it and have a physical product.

Is there any promotion for the songs beyond the fact that they are aired on a primetime TV show? Is it even possible to promote 56 songs?

We definitely put promotional efforts behind every track we release related to the show. We have a global strategy and we work with our partners around these bundles and individual track releases to gain unique visibility and a partnership opportunity. I have an amazing marketing team, just like I have an amazing A&R team and I’ve had everyone on deck for over a year and we’re in the trenches on this, making sure everyone of these songs gets significant exposure around its release in connection with the show.

Are you also going to broadcast on the radio?

It will depend on what raises your hand. What are the real records here? You have 56 songs. What’s great is that we live in a world where drives respond instantly. We will find out with the streaming. We will know what reacts on TikTok. And like any other record here, to a large extent we will act quickly based on how the records speak to us as they come to market.

Can you talk about legacy artists? Because you have some who are very well known in the industry like Michael Bolton, Macy Gray and Jewel.

I have been with Atlantic for 28 years. I was here with Jewel when she did her first tour as an Atlantic artist, so I know her very well. It’s great to be back with her and releasing music together. I’m excited about these legacy artists and their releases and super interested to see how it all works out on the show and how the performances of the legacy artists are compared to the developing artists.

I know you can’t name them, but do you already have your eye on any songs that will be huge hits?

There are certainly some stars involved in it. I think I will be surprised too. While I have an idea of ​​what I think are big records in the series, I wouldn’t be shocked if some records happened that weren’t those records as well. I can’t wait to see how this all plays out.

2022-03-22
Previous Post: Small Office Meets SXSW:KAINA:NPR
Next Post: Everyone Who Has Duplicated As Host, Musical Guest On ‘SNL’