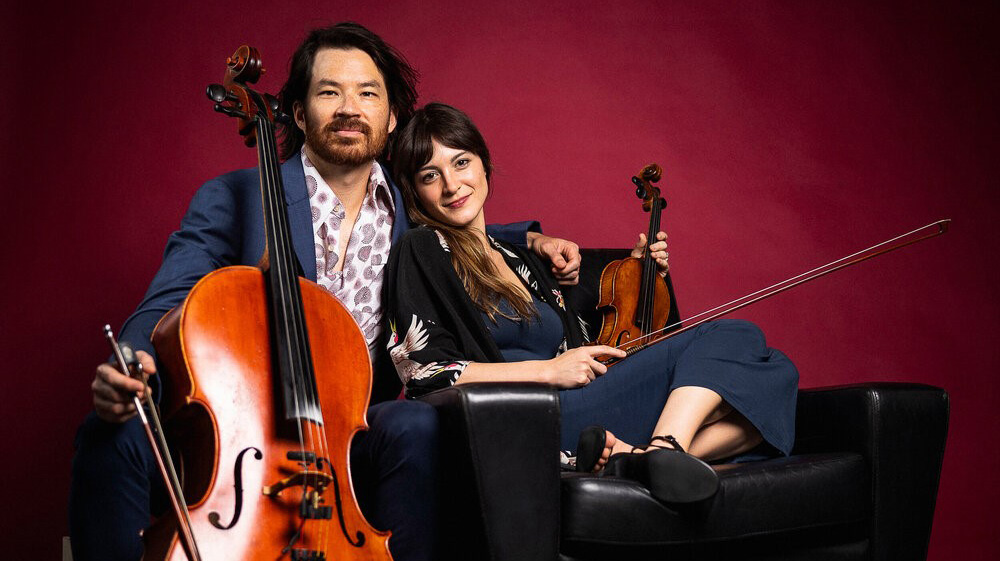 WABE’s ongoing “Sounds Like ATL” concert series shines a light on this city’s talented musicians. This month’s lineup features Asian-American music with performances by Raquel Lily, Ruby Velle & the Soulphonics, as well as chamber pop duo Takenobu. The concert will take place at City Winery on Tuesday, April 12. Nick Ogawa and Kathryn Koch are the husband and wife duo of Takenobu, and they joined “City Lights” host Lois Reitzes via Zoom to talk about the music they’ll be sharing on Tuesday.

The meaning of “Takenobu”:

“It’s actually my middle name,” Ogawa said. “It’s a combination of the Japanese kanji characters of my father’s name and my grandfather’s name, and it basically means ‘iron will’ or ‘self-determination’. And so when I started playing music, I decided to use it as the global group name.

“Since I was little, I’ve always loved classical music, but it wasn’t my only love. I was always exploring different genres and what was a new thing that I could listen to. And I always loved playing with different people who weren’t classical musicians. And so when I moved to Atlanta and started freelancing, it gave me the perfect opportunity to take on a lot of work in different fields,” Koch said.

“She really elevated the professionalism of the sound,” Ogawa added. “She has such great musicality and such a good tone, and her taste influenced me a lot too. She’s very influenced by classical music, but also by some… indie-folk artists that I didn’t really know. And just being able to write music where there’s a second voice in mind, to have the vocal harmonies become more of a part of the music, has been a big factor in how things have evolved since Kathryn’s arrival.

A meeting of like minds in an unexpected place:

“How we met was a bit of a coincidence. It was kind of fun,” recalls Koch. “It was outside the realm of music. So we were both working for a dog-walking company at the time, and our mutual friend, Erin Auerbach, said to me when I joined, “Oh, there’s another musician on our team. You should meet him….’ So she introduced us by e-mail and Nick sent me his music. And I realized that I had heard his music many, many years ago on Pandora.

Ogawa chimed in, “You didn’t illegally upload it to Limewire?” Koch deflected saying, “He had this really funny dog ​​and I brought my dog. So our dogs have definitely been part of the story from the beginning…. It just clicked, and we had a lot of fun rehearsing, and then it all followed from there.

Takenobu performs as part of the “Sounds Like ATL” series at City Winery on April 12. More information and tickets are available here.

2022-04-08
Previous Post: David Gilmour on resurrecting Pink Floyd for a Ukrainian charity song
Next Post: Get ready for Ebb & Flow as the two-day art festival returns to Baton Rouge