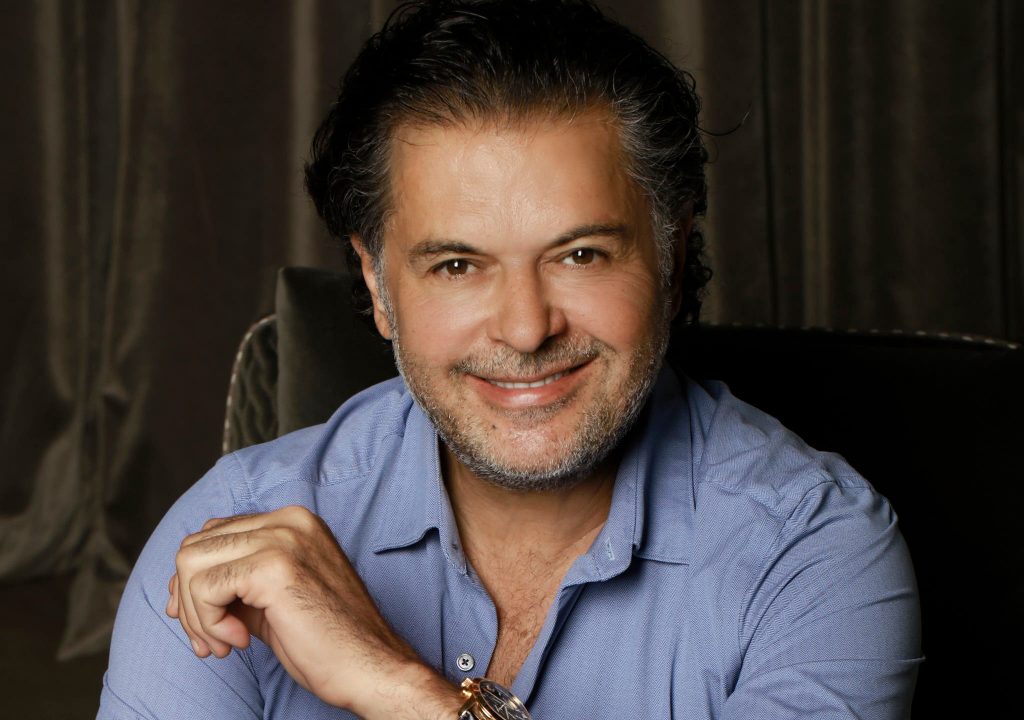 I only like to sing and acting is not my priority: Ragheb Alama

Ragheb Alama is an extraordinary singer whose stardom started at an early age and has continued to shine until now. He reached the peak of his career. With a distinctive voice and a clear imprint in their songs, Alama has built up a large fan base that has remained true to their artistic heritage for over 30 years. He recently released his new song “Istimara 6” which gained great success in the Arab music scene. Daily News Egypt interviewed Ragheb Alama to take a closer look at the star’s life and future work.

● How did you see the success of your recent song “Istimara 6”?

I like to present songs that have a different and unique taste. My new song “Istimara 6” was not traditional in terms of lyrics and music, and it gave me a lot of challenges. It was written by Nader Abdullah, composed by Mahmoud Al-Khayami. It was a new experience in different aspects, and I’m very happy with the great success the song has had since it was released to the public, reaching millions of views on the Internet and streaming apps. The audience’s interaction with the song was also great.

● Your previous song “Taalili” was released on your birthday, why?

I released the song on my birthday because it was about love, longing, and optimism, and it carries positive energy and remarkable love, especially for anyone who has met his partner of life. I felt that the song reflected a state of love and infatuation between lovers, so I preferred to appear to the public on my birthday because I see that love is the most beautiful thing. As you know, the song also reached millions of views on the internet and streaming apps upon its release, and the audience interaction with it was excellent. There is more than one song that will be presented in the coming period in Egyptian, Lebanese and Gulf dialects, in which I cooperate with creative authors, composers and distributors.

● You have a unique charisma and a particular presence in all your clips, why didn’t you think of acting in the cinema?

I only like to sing and acting is not my priority. But if I ever thought of acting, the film would be about the story of my life.

● If you were offered a role in a movie or TV series, would you agree?

My priority will be to present a film that tells the story of my life, that’s what I think, and frankly, I like singing more than acting. I like my songs and I like to play in my concerts. I take great pleasure in recording my songs in the studio, filming them in music videos and singing in concert.

● How do you see the songs “Mahraganat”?

Admit that the world has changed. We have to understand the situation well and deal with things in a way that does not change our identity. Only the public can decide the fate of any artistic work. Only the public can judge whether these songs are good or not. And for your knowledge, sometimes I like to listen to Mahraganat if they are good in terms of lyrics and music, and we must admit that the world is not the same as before. Look around you, you will find that everything has changed. Shouldn’t the music also change? I think it’s better to move forward and develop our music so that we don’t get lost in the middle of these changes. The mahraganat is a form of singing which exists and which has imposed itself on the stage, which must be accepted.

● The Egyptian Musicians Syndicate recently banned some artists from the Mahraganate. How did you view the decision?

I highly respect all the decisions of the Musicians Union in Egypt, but the ban is useless, and the best is to give advice. And I repeat what I told you a few moments ago. We must admit that the world has changed, bearing in mind that there are many who cannot sing well or present poor quality songs because they have no artistic talent in the first place, but technologies and modern devices have made artists of them. At the same time, there are others who are talented and just need guidance to take the right path, and I think that’s what the Musicians’ Union has done, which tries always to preserve authentic art.

● Some of these banned Mahraganat artists have recently released new songs via social media. How do you see that?

This is normal due to the rapid development of social media, as many songs are now only published on social media. It is very important that the songs are played to people at concerts and similar avenues. All in all, I think the problem has been solved recently and a lot of them have gotten their license to sing, and that’s a good thing.

● Some say that social media has become the main driver of our lives today. How do you see that?

I see that social media is like a jungle, which has good and bad sides. Many social media users are respectful, but there are also those who use these platforms to express their hatred and desire for the success of others. These live like mice underground hiding behind their screens with false names, characters and images. Some call them “e-flies” and I call them “e-waste”. I only care about people who have nothing but love for others and who spread positive energy. As for “electronic waste”, I don’t care, because all their comments are negative and useless, and it’s wrong to answer them. They really do live like mice or flies, so it’s best not to think of them as normal human beings.

● Almost all singers release their songs on YouTube. Do you think the era of television is over?

YouTube is very important, but nothing could replace television until now. YouTube has its users and television has its audience.

● In the recent period, you obtained the citizenship of the United Arab Emirates, and some criticized the process. How did you see the thing?

I was honored and proud to have Emirati citizenship because the United Arab Emirates with all its leaders, government and people correspond to my morals and represent the future of my children who loved it. It is a grace to belong to a country whose leaders govern with morality, kindness, justice and love. They do their best to make their citizens and residents happy.