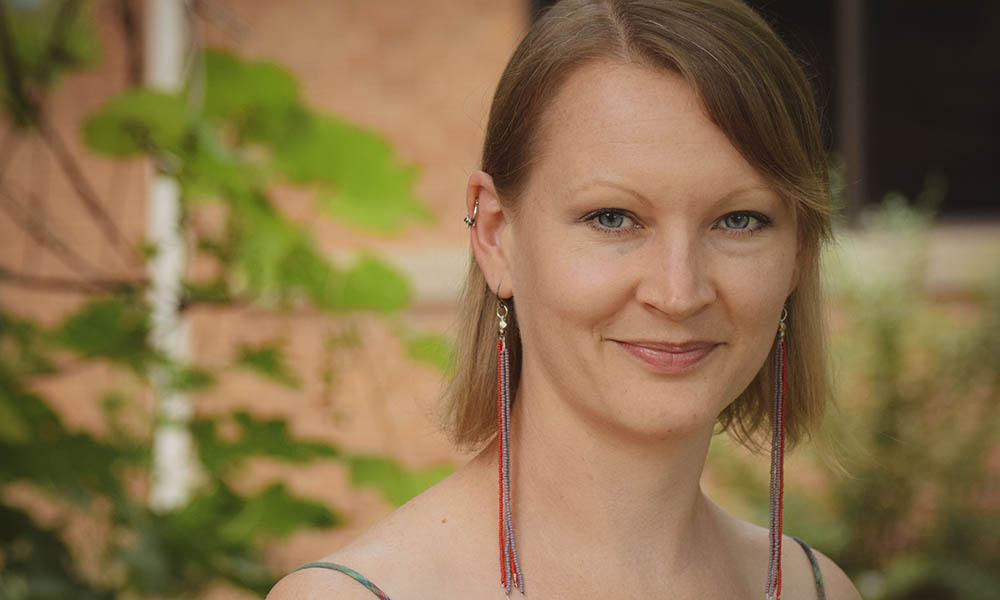 Jessica Carson has been closely linked to the Front Range music scene since she moved to Longmont from Texas over ten years ago.

While she rocks the stages with her group Clandestine Amigo, she is also committed to facilitating the art of her peers.

Invested in the well-being of the community, in 2020 – while working as program director for the Longmont Chamber – she was looking for a way to help people who found themselves without a stable income.

The powerful singer sat down at her piano and performed live fundraising concerts from her living room. Thanks to tips given by viewers, she bought gift cards at local restaurants and then gave them to other musicians – many whose side businesses were in the food and beverage industry – who had lost their jobs due to the pandemic.

As the new executive producer and director of Octave Records – a Boulder-based label owned by PS Audio that caters to audiophiles – she continues to help Front Range talent pursue their dreams at no cost to them.

Rather than a group having to set up a Kickstarter campaign, a deal with Octave means that 100% of the funding – from mastering to marketing – is covered.

Another appeal of going with Octave – founded by Paul McGowan – means that the sound quality of the albums will be incredibly rich and nuanced.

Direct Stream Digital recording – also known as DSD – is an audio format that delivers results so crisp and clear that it produces notes and vocals similar to what one would hear if they were in a room with fabulous acoustics, listening to a band in real time.

We caught up with Carson – who gave birth to her first child last week – to find out more about her band’s latest outing, what she loves about her new role recruiting and working with artists for the label of high quality and on his plans for Halloween. for his family of three.

Kalène McCort: What inspired the collection of songs on “Things Worth Remembering?” Were most of them written during the chaos of 2020?

Jessica Carson: “Things Worth Remembering” is a collection of songs that have been written over the past three years. This album is a bit like the bookend of a piece of my life. It’s great to be in a new chapter, but these songs are from a time to remember.

The themes of the songs range from love, to dealing with my own internal state, to learning how to live comfortable in my mind. My chaos of 2020 album has certainly been written and recorded at this point, but will be out next year.

KM: How does it feel to become Executive Producer and Director at Octave Records? Would you say that being a part of this company has fostered a new appreciation for the magic of Direct Stream Digital (DSD) recording?

JC: I was recruited in 2019 to record my first album with Octave Records and through this process I really got to know the PS Audio team and they got to know me. I had booked music and festivals for a few years and learned that I enjoyed the organizational part of the job.

In 2020 – when all concerts and music bookings stopped – the only musical thing I could do was finish my album. Through this process, I got to know the PS Audio team and they became interested in my music organization side. They wanted to increase the amount of music the label was producing and hired me to start getting things done in an efficient and organized way.

I feel like a lot of what I’ve done has been the perfect path to the position of Director at Octave. It’s a perfect fit. I can help each artist to make their album from start to finish. The daily tasks range from recruiting the artist, concluding his contract, planning his studio dates, associating with an engineer and a producer, returning to the studio for any editing and mixing until the preparing the album cover and cover notes for printing.

Once everything is ready, I organize time for the project to be mastered and uploaded to Sony in Austria where the Super Audio CD factory is located. We recently added vinyl to our offering, so I’m going ahead with converting to vinyl now.

Before my first album, I had never even heard of DSD. Now that I work so closely with the medium, it’s hard to want to listen to music any other way. Everything we do sounds so real, clean and pure. I am certainly spoiled now, listening to music in headphones is not enough.

KM: What artists are you currently working with that we can expect on upcoming albums?

JC: We’ve had a great year of releases so far in 2021. We’ve released the complete “Bach Cello Suites” performed by Grammy Award-winning artist Zuill Bailey. The collection has received rave reviews, including Record of the Month in Stereophile Magazine.

We also released a few projects from Colorado artists Foxfeather, Augustus and Gabriel Mervine. An album by Bonnie & Taylor Sims and another by Thom LaFond, from Banshee Tree, are due out this year. We’ve also released a few compilation records that feature many Colorado artists including Bill Kopper, Duo Azure, Don Grusin, Deborah Schmit-Lobis, Monica Marie LaBonte, Tyler Thompson, More Than Physics, and many other great artists.

KM: I see the Winter Walkabout Music Showcase (WWMS) is planning to return on February 5th. What can we expect from next year’s event and have artist entries already started to arrive?

JC: I am happy to report that the Winter Walkabout is alive and well. Since 2020, we have formed a committee since the festival has grown so much and will greatly benefit from having more hands on the bridge.

Applications for interpreters have started to arrive. As my job at Octave is much more demanding than what I did in previous years, I took on an advisory role for WWMS as well as for Soundpost Sessions (SPS). I am still involved in the development of these events, but I let the other organizers take more of the reins.

A great musician and organizer, Karyna Balch, new to the (Dallas / Fort Worth) area, has signed up to take on leadership roles in both WWMS and SPS. I’m delighted to see what new ideas she brings to both events.

KM: Your art is often described as “darkly poetic”. How are you going to spend this Halloween? Are there any fall rituals or traditions that are important to you?

JC: Fall has been notoriously a time of change for me every year. Without necessarily wanting to, my ritual each fall enables and embraces the new change that comes into my life.

This fall, I was fortunate enough to welcome my first child, William Carson Alexander, into the world on October 22, 2021. My partner Stephen and I will be celebrating Halloween as new parents at home, handing out candy, but I joked about dressing like “The Incredibles”, because William would make a great Jack Jack.