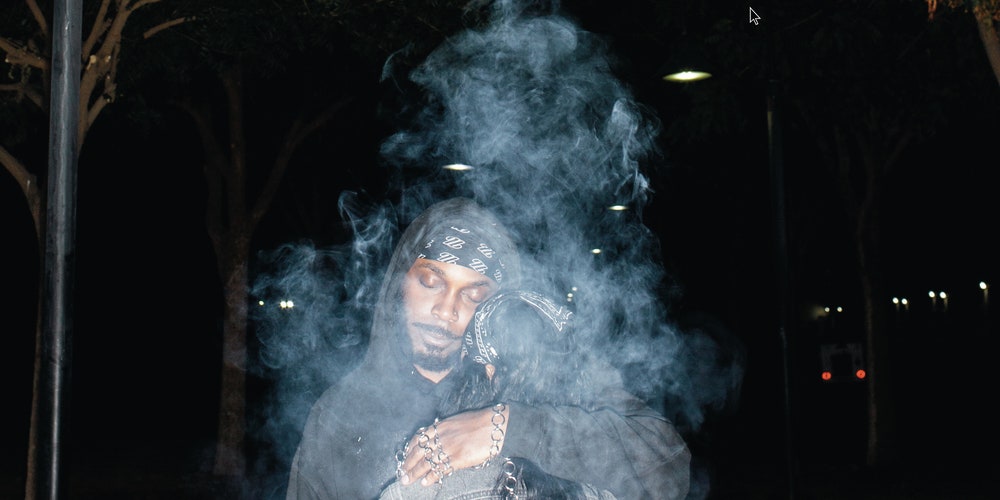 The chip on the shoulder of JPEGMAFIA has only gotten bigger over time. His music – a mix of rap, noise, and punk filtered through the cultural void of the internet – has always existed in the space between brash and devious, digging into the center of this Venn diagram with a jagged shovel. Each project, from 2015 Communist slow jams forward, we go from hazy synths to blunt boom-bap to serious covers of pre-Y2K ballads on a dime, mixing and matching styles like new perspectives on a well-established formula. His two records in small groups: the independent of 2018 Veteran and his major debut in 2019 All my heroes are corn scoops– mine from different ends of the noise-rap spectrum, but JPEG’s humor and his world-weary thoughts of racism and music industry bullshit are the adapters by which he is able to process any musical energy. His rage is palpable while being counterbalanced by a deep passion for craftsmanship and a reference to leftist pop culture.

JPEG’s notoriety has grown exponentially since the late 2010s, giving it guest spots on tours with Vince Staples and its first Billboard 200 entry with Corn dumplings. This rise also eroded the little patience he had for the rap industry machine, and on his latest project, LP !, his final under EQT and Republic, he practically bursts a vein at the idea of ​​freedom: “My time in the music industry is over because I refuse to be despised by people who do not [behaving] respectable in the first place, ”he said in a note on the album’s Bandcamp page. LP! amplifies the anger and catharsis of that moment in his career, playing the contrast between the abrasive effrontery of JPEG and its hottest batch of rhythms to date.

To start, LP! has been released in two forms: the “online” version – uploaded to streaming services like Spotify, Apple Music, etc. – and the “offline” version available on YouTube and Bandcamp, which offers a handful of additional songs, extended versions and a slightly modified tracklist. Even the title of the project – the most basic descriptor imaginable with an exclamation mark at the end – looks like a middle finger or at least a metatextual rib.

JPEG’s sense of humor is clearly intact, and its myriad of influences continue to pull its work in strange directions. A three-song series towards the middle of the album characterizes these highlights: the ghostly moans and funky bass behind JPEG’s thunderous vocals on “REBOUND!” “Are immediately followed by” 💯 “, a sea of ​​synths circulating around a distorted vocal sample. And then there is “OG! One moment he’s yelling Bad Bunny and the late MF DOOM, and the next moment he’s interpolating “… Baby One More Time” by Britney Spears. This fusion of past and present is playful without feeling artificial, the minimal nature of the beats never dilutes the raw mashups on display.

LP! has enough laughs and smirks to digitize as an overall fun moment, but the lyrics probe even more the depths of JPEG’s contempt for people who have crossed paths with it. His aggro tendencies have always been at the forefront of his art, but there’s more venom this time around, more kisses, threats, and vague stories to fuel his glitch fire. “Why would I pray for your health? / Baby, I pray for myself,” he shouts over “REBOUND!” “TIRED, NERVOUS AND BROKEN! In particular, spits at various targets, including someone “buying a ticket to get beaten up at my show.” For all the energy behind his voice, there’s a dead eye on the stealthy disses dotted throughout LP !. His raps land firmly in established rhythm pockets, but each song is so distinct and the JPEG writing is so fluid and witty that there are no two moments in the album’s damp atmosphere. that look alike. “DIKEMBÉ! “And the single” HAZARD DUTY PAY! Ranks among the best pure performances of his career, and these are not the only highlights.

As artistically assured as the sound of JPEG through LP !, the sequencing between the versions of the album sometimes catches the momentum. In the online version, the fourth song “END CREDITS! “Goes on transparently to” WHAT IS WHAT KIND OF RAPPIN? While the offline version changes from “CREDITS” to the bonus tracks “HAZARD DUTY PAY!” And “GOD DOES NOT LOVE BUT”. “DANGER” and “UGLY!” Are good songs on their own, but they would have benefited from a later placement. JPEG claims the offline version is the one it supports the most, its way of getting around sample authorization issues and an attempt to pull a Frank Ocean on its old label and keep its true artistic intentions in-house. If so, the streak and a few unnecessary leads derail an otherwise tight experience.

This sense of chaos has always come with the JPEGMAFIA brand. He is not just a collage of his influences and experiences, they all run through him simultaneously. It’s the laughter, anger, and passion of a rap fanatic who isn’t afraid to declare his love for Terror Squad, AEW wrestling, and the glittering synths that wouldn’t sound out of place on a Hatsune Miku song. None of these things are alien to rap, but none of them play out like a JPEGMAFIA song. While just as loaded and confrontational as any of his other albums, LP! is uninhibited and proud of it, shit out of the eye of an ever-changing storm.