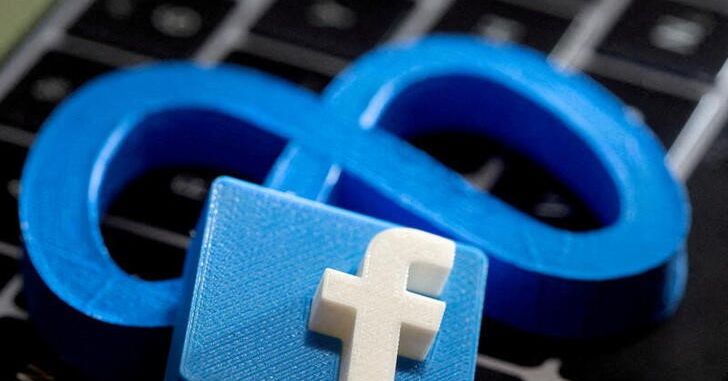 3D printed images of the logos of Facebook and parent company Meta Platforms are seen on a laptop keyboard in this illustration. REUTERS/Dado Ruvic/Illustration

Epidemic said Meta stores hundreds of its tracks in Facebook and Instagram music libraries and allows users to download, stream and embed them in videos without permission.

The lawsuit also said Meta tools that allow users to embed music from another user’s video into their own have caused “exponential” additional infringement.

Meta distributed Epidemic’s music on “millions of videos” that have been viewed “billions of times” and tens of thousands more infringing videos are uploaded daily to Facebook and Instagram, according to the lawsuit.

Epidemic law firm Pryor Cashman is also representing immersive virtual reality company MetaX in a lawsuit filed against Meta in New York earlier this week. A spokesperson for the firm did not immediately respond to a Thursday request for comment on the cases.

Wednesday’s lawsuit said Epidemic owns and distributes a library of more than 38,000 music tracks that creators can use royalty-free to accompany videos, podcasts and other content.

According to Epidemic, Meta has reproduced at least 950 tracks from its music library, which Facebook and Instagram users can sync with their videos in the platforms’ Stories and Reels.

Meta is said to have known about the infringement since 2017 and has refused to allow Epidemic access to the tools it allows others to use to protect their copyrights.

The label sought an undetermined amount of damages and an order restraining Meta from using his tracks.

The case is Epidemic Sound AB v. Meta Platforms Inc, US District Court for the Northern District of California, No. 3:22-cv-04223.

For Meta: not available

2022-07-21
Previous Post: The messed up truth about the music industry of the 1980s
Next Post: How to enable Music Visualiser secret feature, Glyph lights