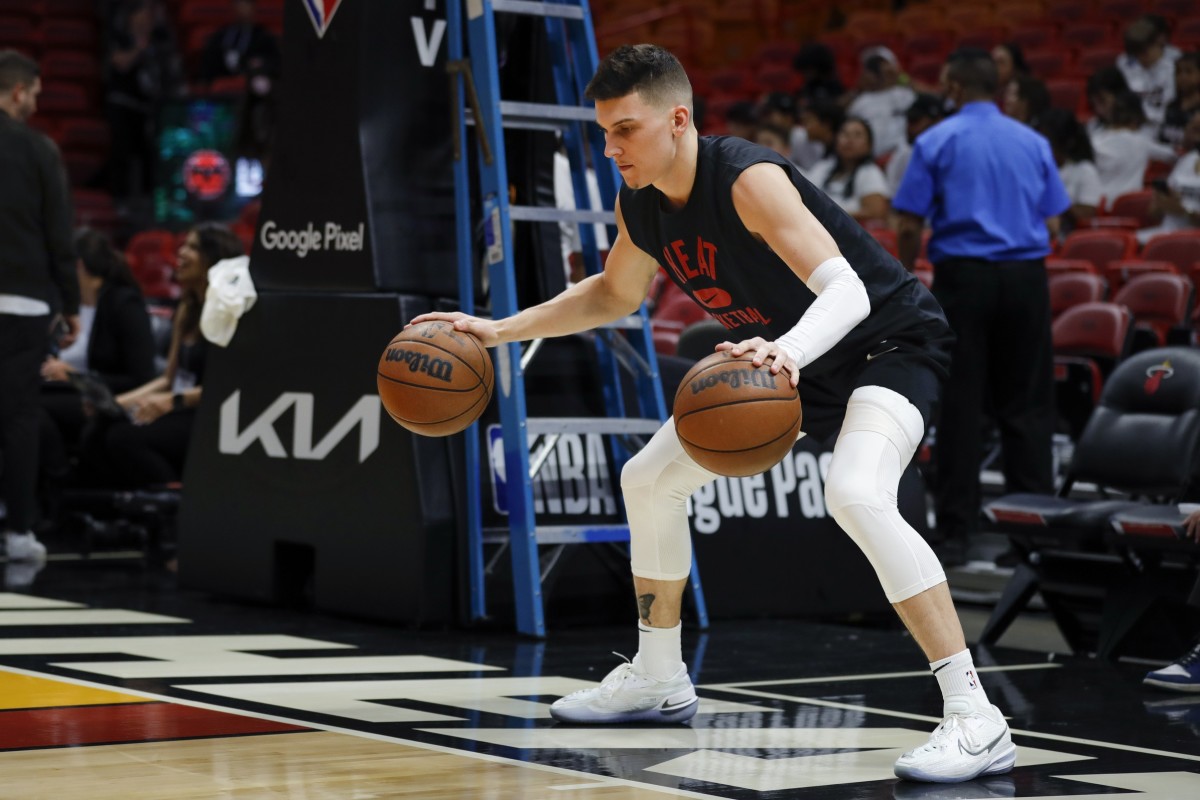 Miami Heat makes a cameo in a music video… sort of

From birthday surprises for his girlfriend to boxing videos to fashion photoshoots, Herro is getting the clicks. When he was named the NBA’s Sixth Man of the Year, sports website The Score once again gave Herro the pageviews.

The website recreated a scene from the popular Foo Fighters hit, “There Goes My Hero.” The band members were replaced by Jimmy Butler, PJ Tucker, Kyle Lowry, Bam Adebayo and, of course, Herro.

Herro has certainly been a hero for the Heat this season. He became the first player in franchise history to win this award. Herro has led all reserves in scoring this season and is coming off a 25-point effort against the Philadelphia 76ers in Game 1 of the Eastern Conference Semifinals.

Herro learned he had won the award after practice on Tuesday. The team congratulated him and posted a video on the Heat’s official Twitter account. Udonis Haslem presented the trophy to Herro.

A look at the intangible game of PJ Tucker. CLICK HERE

Tyler Herro is getting back on track after a big game. CLICK HERE

For questions about Heat or NBA, please email [email protected]

2022-05-04
Previous Post: Julie Doiron / Dany Placard: Julie and Dany album review
Next Post: How You Can Attend Several Major Music Festivals For Free This Summer By Doing This One Thing