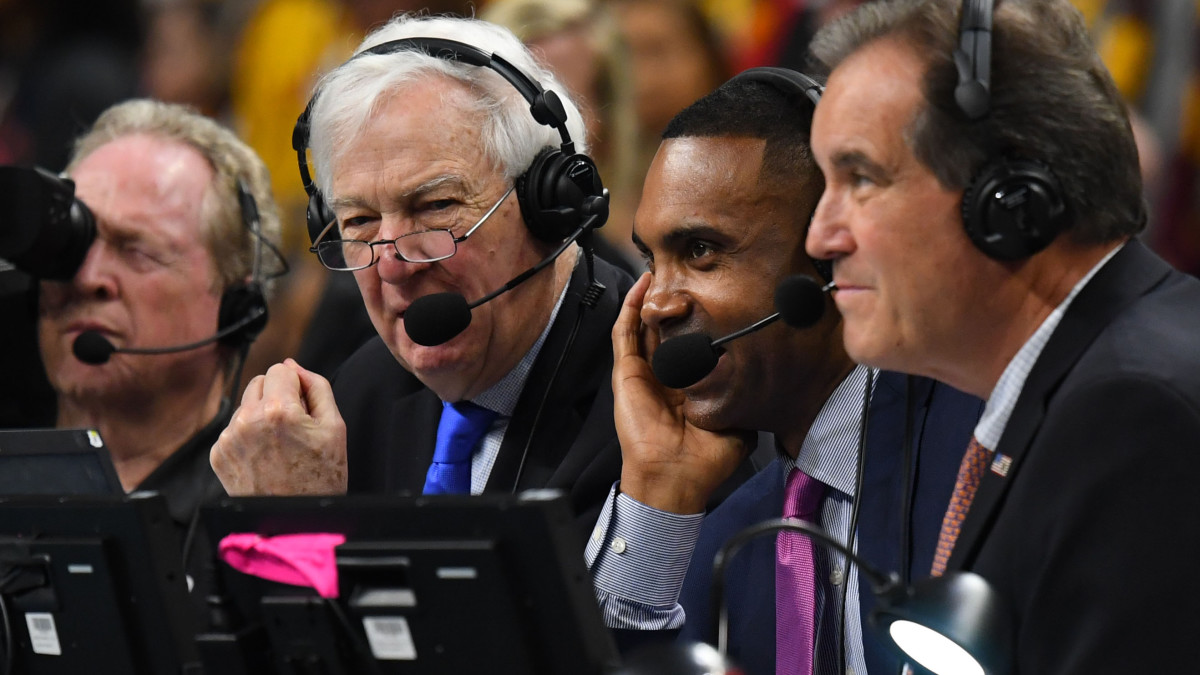 1. Thanks to the massive salaries that have recently been paid out to some broadcasters, there has been a lot of talk recently about the value they bring to a TV show.

But if you don’t think a broadcaster can improve a game or make the viewing experience more enjoyable, then you shouldn’t pay close attention to Bill Raftery.

Raftery has mastered the art of being a character AND an excellent X and O strategist.

Most good X and O analysts are drier than the toast Jim Nantz enjoys for breakfast. Raftery is the complete opposite of dry.

He was all over Kansas on Monday when he failed to capitalize on a 5-on-4 situation after North Carolina’s Armando Bacot was injured late in the first half. He criticized the Tar Heels for making difficult three-point shots in the final minutes when they could have had easy two-point shots. As he always does, he calls the references for “nickel dimers”. And he immediately pointed out that Kansas’ Dajuan Harris went out of bounds in a crucial moment in the final seconds.

What makes Raftery so special is his ability to be a bit of everything during a game. He’s part coach, part analyst, part guy at the end of the bar. In fact, make this part the guy who closes the bar.

That last trait was on full display Monday night.

Raftery turns 79 on April 19 and he’s still going strong. An incredible man who should be celebrated, perhaps with a little Remy.

2. It was just wrong and disrespectful in so many ways, but it’s also why we love Charles Barkley, who plagued former North Carolina Kenny Smith after the Tar Heels collapsed on Monday night.

3. Stephen A. Smith cited a report from a parody Twitter account on Monday First take, and Kevin Durant was ready to pounce.

5. HOT TAKE: The mixed fruit for $2 seems like the best deal on the menu.

Gumbel had some very interesting things to say about the massive salary increase for broadcasters. He also talked about being in sports broadcasting for 50 years and working with big names including Bill Walton, Terry Bradshaw and Charles Barkley.

You can listen to the podcast below or download it from Apple, Spotify and Google.

You can also watch the IS Media Podcast on Youtube.

7. RANDOM VIDEO OF THE DAY: For those of us growing up in the 80s, We Are the World was a huge deal. Tuesday marks a significant anniversary in the history of song.

While the song itself is seriously awful, this clip of Cyndi Lauper trying to nail her memorable part is pretty cool.

Make sure you catch up on previous editions of Traina Thoughts and check out the Sports Illustrated Media Podcast hosted by Jimmy Traina on Apple, Spotify Where google. You can also follow Jimmy on Twitter, instagram and ICT Tac.

2022-04-05
Previous Post: Rapper’s speech thanks fans, critics
Next Post: These musical artists can help you get the most out of your workout