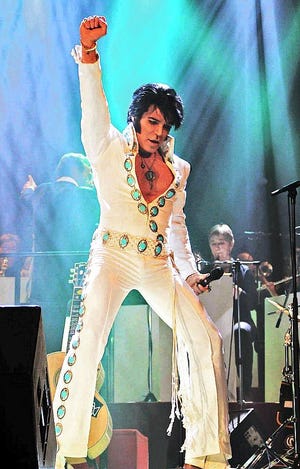 Before the pandemic forced arts programs to be canceled, the Pops Orchestra was set to record audiences at its two performance venues in Sarasota and Bradenton.

As the ensemble returns for its 48th season, musical director Robyn Bell is looking to rebuild with music lovers who don’t want too much fuss.

“I like to say we’re unpacking the orchestra,” Bell said in a Zoom interview. “We attract people who don’t want to wear a suit and tie or a disguise. They just want to come and have a good time. I think our concerts are more of a party. I actually don’t like to call them concerts. I call them shows.

Artistic newsletter:Sign up for the latest news on the Sarasota-area arts scene every Monday

The greatest spectacle on earth:Ringling Bros. and Barnum & Bailey Circus plan to return in 2023 – no pets

The orchestra’s new season of four shows opens November 14-15 with “Sgt. Presley and the Pops ”, a tribute to the country’s veterans. It features Elvis tribute artist Ted Torres Martin, who joins the orchestra’s musicians in concerts at 3 p.m. on November 14 at the Riverview Performing Arts Center in Sarasota and at 7:30 p.m. on November 15 at the Neel Performing Arts Center. on the State College of Sarasota Manatee-Sarasota campus. For more information on tickets: thepoporchestra.org

Bell is director of instrumental studies at the SCF and conductor of the symphony orchestra and the newly formed Bradenton Symphony Orchestra, made up of SCF students, music teachers and community musicians.

For this first concert, Martin will join the orchestra in Elvis hits such as “Viva, Las Vegas”, “Jailhouse Rock” and “Blue Suede Shoes”. He has toured the world and played the role of Elvis in the musical “Million Dollar Quartet”.

The “Ring in the Holidays” orchestra on December 12 and 13 and will celebrate romance with “Copacabana Valentines” on February 13 and 14, featuring Mark Sanders singing Barry Manilow’s favorites. The season ends with “The Choice is Yours” on March 27 and 28, a concert that will allow the public to choose their favorite music to perform.

Changing of the guard:New leaders are shaping the future of Sarasota arts groups

Bell, who joined the SCF faculty in 2009, was appointed Music Director of the Pops Orchestra in 2011. The ensemble was originally founded and conducted by Patricia Stenberg, longtime solo oboist of the Sarasota Orchestra.

“All his friends would come to the symphony and ask ‘Can you do pop concerts.’ So she kind of started this group as an offshoot to fill a need, ”Bell said. “She played her pals and got together with local musicians and music teachers.”

Stenberg died in 2002 and was replaced by Dale Jensen and Kenneth Bowermeister before Bell took over.

It was originally known as the Sarasota Pops Orchestra, but Bell said the band changed their names as they worked to increase audiences in Manatee County by scheduling concerts on Monday nights at the Neel Performing. Arts Center in addition to traditional Sunday afternoon programs in Riverview.

She said the organization will work to rebuild public support now that it is restarting. “Before the pandemic, we had around 840 subscription holders, which was huge for our orchestra. Last week we were around 450.

But the organization is growing. It has for the first time an executive director, tubist Dan Burdick, who also teaches at SCF. “He puts himself to the test of marketing and helps promote our programs.

Bell, who describes herself as a chaos junkie, has occupied some of her unexpected free time during the pandemic by launching the Suncoast Culture Club podcast, which is available on most services.

“I started to listen to podcasts and it occurred to me that our region is so rich in cultural arts and that it was a different medium where we can dive deep” in interviews of ‘lasting 45 to 60 minutes.

She started by talking to leaders of various arts organizations about how they were handling the challenges of the pandemic. “But now that things are up and running again, my interviews are about events or people who play or play there, the directors of shows. We focus on what’s going on here at college.

She describes it as “my way of giving back in college and staying connected to the many arts, performing arts, visual arts, dance, theater programs.” If someone donates or buys a ticket after listening, that’s just a bonus.