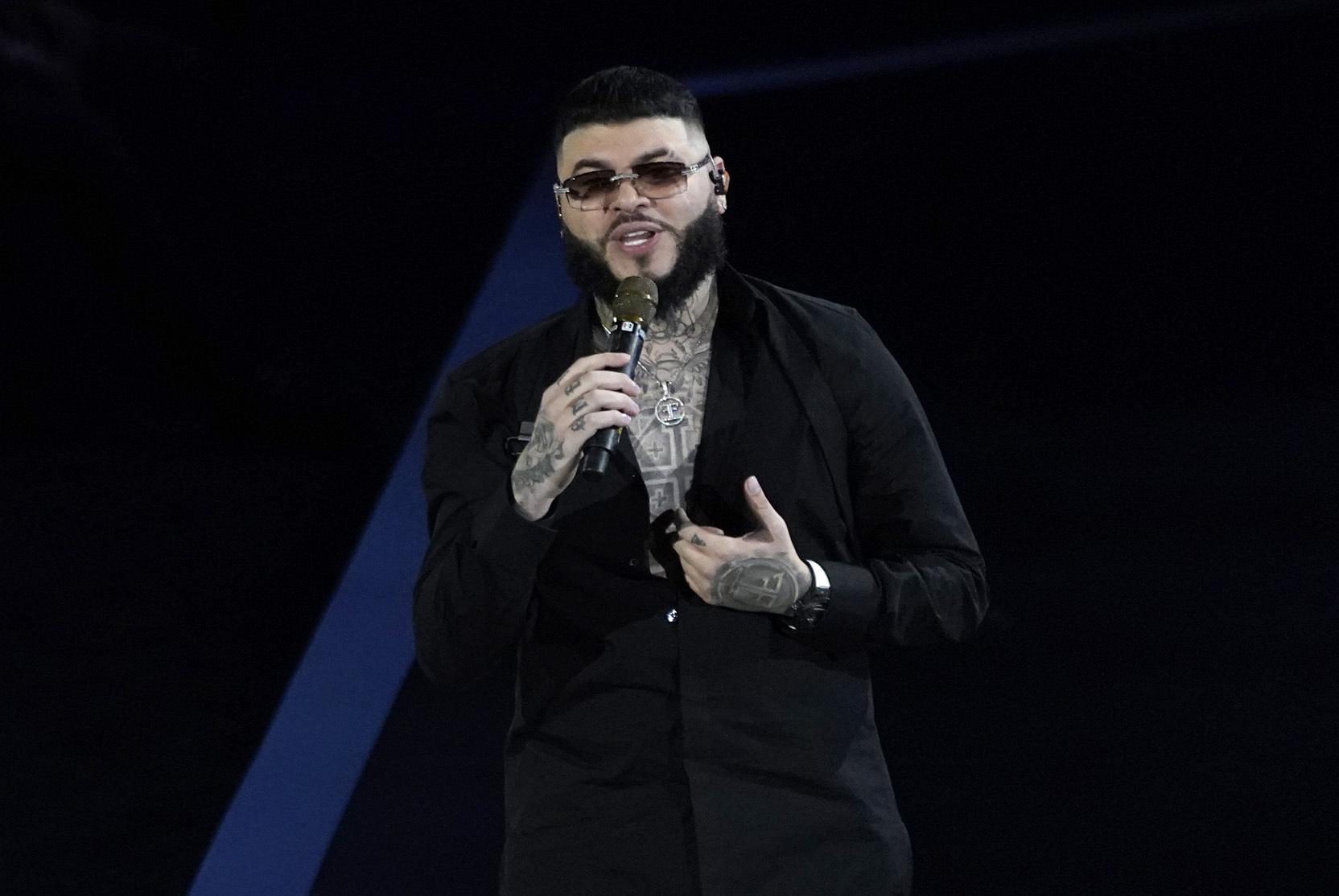 Reggaeton star Farruko rocks fans as he preaches about God

MIAMI (AP) — Spectators had filled a Miami arena waiting for Reggaeton artist Farruko to perform his hit “Pepas” — a club sensation and party anthem since its summer release.

But Farruko refused to sing the entire song, leaving out the catchy choruses about drug use and partying, and apologizing for the lyrics. He spoke profusely about God throughout the concert and lit a neon pink cross, leaving fans stunned and questions swirling around the future of his music career.

The Puerto Rican singer isn’t the first performer to pull off a dramatic transformation, but it seemed to happen on stage in real time last Friday, catching fans off guard. Some had paid over $300 for tickets, and many left long before the show was over.

Despite rumors of Farruko’s retirement, his tour is set to continue, with performances scheduled in Newark, New Jersey; Cleveland; and Rosemont, Illinois, this weekend, but fans are confused, with some taking to social media to say her show was “garbage,” and others comparing it to Sunday service. Farruko said he would continue to play his hits but with a “message of love, union and reflection”.

“The time will come when the sermon you complain about so much now will help you,” he said. said in an Instagram video on Wednesday, adding that the show in Miami was all he was doing. “Artists are free to express themselves on stage as they see fit.”

Her new character has also drawn support, with some fans leaving messages of appreciation on Instagram. Puerto Rican reggaeton artist Tito El Bambino wrote in Spanish: “I love you. I’m proud of you. Don’t stay silent and keep talking.

Farruko told fans at last Friday’s concert that he realized he had all the money he wanted. He had success with a single peaking at #25 on the Billboard Hot 100 last October and remixes released by David Guetta and Tiesto.

But he felt empty.

He told fans he “destroyed” his family and couldn’t see his kids as much as he wanted. Farruko also encountered legal problems. In 2019, he pleaded guilty to failing to declare nearly $52,000 in cash discovered in his luggage and shoes when he arrived in Puerto Rico by helicopter from the Dominican Republic.

“Farruko had an encounter with God, the Father, which pushed him to go deep within himself,” he said in recorded footage from the concert, speaking of himself in the third person. . “I was telling people to take a pill and act happy and live a crazy life. You know what? I’m not proud of myself. God knows how many of your kids I’ve hurt. Today , here I am, standing like a man asking you to forgive me.

Chicago’s Noelia Croft said she paid $120 for her ticket to the upcoming concert at a suburban theater, but now wants a refund. Born and raised in Puerto Rico, as well as Farruko’s hometown of Bayamon, Croft said she’s been a fan for a long time.

“I was disappointed,” Croft said. “People paid to hear his music, not a sermon or his preaching. He wants to be a man of God? That’s good, but that’s not how he announced his concert.

Croft said she now wonders if the Reggaeton singer had planned this ahead of the tour, but was not upfront about it for fear of influencing ticket sales. Farruko told fans they could get a refund if they wanted, but Croft said she hadn’t heard of how to request one.

Farruko’s publicist said he is not giving interviews at this time.

Katelina Eccleston is a music historian who writes about the genre on her internet platform Reggaeton with the Gata. She said “Pepas” exploded in popularity not because it’s about drugs, but because it has a unique sound that mixes electronic dance music with guaracha, a popular Cuban style of music. It came out just when people were tired of closures, event cancellations and travel restrictions.

“It’s so full of energy, and it happened at the right time,” she said.

Eccleston said Farruko is preceded by other Reggaeton artists who left their careers for religion, such as El General, a Panamanian artist considered to pioneer the genre, and Hector El Father, a Puerto Rican singer credited with opening the way to artists such as Daddy Yankee and Don Omar. These two artists, however, ended their musical careers.

“If he wants to continue his tour, sing the music and hopefully take a few moments to talk, that’s OK. But maybe not too long,” Eccleston said. “There’s a smart way to go about.”