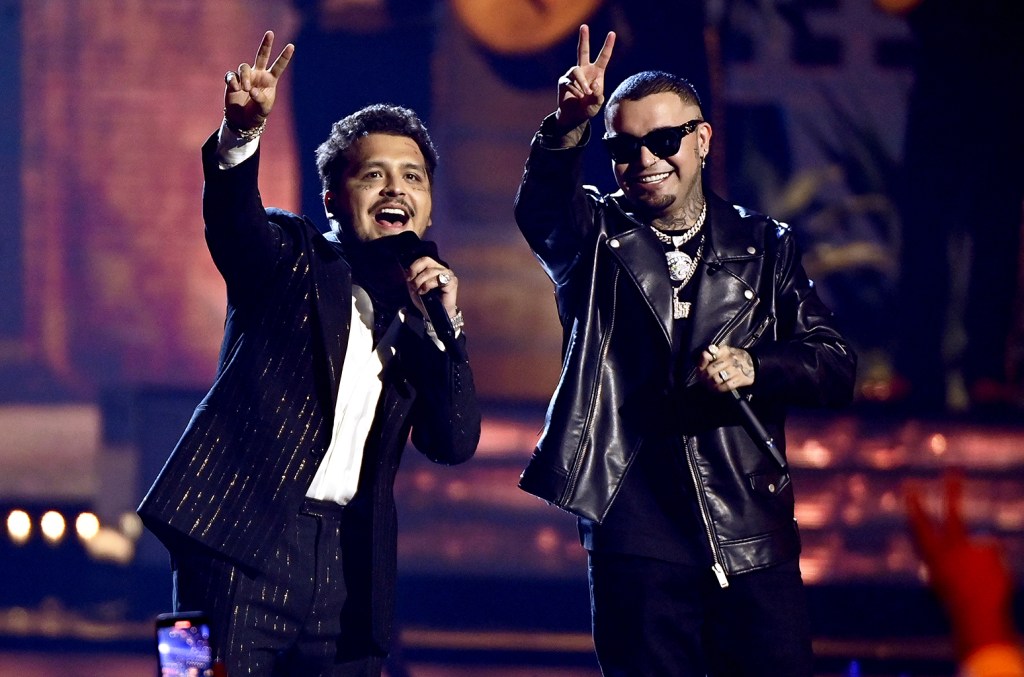 In May 2021, Gera MX and Christian Nodal made Billboard history with their collaboration “Botella Tras Botella”, becoming the first-ever regional Mexican title to enter the Billboard Hot 100 chart in its 63-year history. The country-tinged hip-hop fusion debuted and peaked at No. 60.

“This song didn’t have a marketing strategy or a plan. It has a soul,” Gera MX, a former Billboard on the Rise Latin artist, previously said. Billboard. “I wrote it thinking of someone very important to me and people can say it hurt me a lot. I can’t find any other explanation and it’s beautiful. You don’t just show your artistic side, but also your human side.

That same year, two other regional Mexican titles entered the Hot 100 chart which mixes all genres of American streaming (official audio and official video), radio airplay and sales data: “Esta Dañada” by Ivan Cornejo and “Ya Superame” by Grupo Firme.

But it was sibling trio Yahritza y Su Esencia who, to date, achieved the highest ranking for a regional Mexican song on the chart with “Soy El Unico,” which debuted at No. 20 more. early this year. The 15-year-old singer’s feat was historic, becoming the youngest Latin performer to enter the all-genre count.

“I know words are very strong, but honestly when it comes to writing my songs, it’s more like a research process,” explained Yahritza, who wrote the song at age 13. Billboard at the time. “I see other people’s stories on TikTok – that’s how I found ‘Soy El Unico’, because I saw a clip that said, ‘It’s crazy how someone can leaving while you’re the only one is best for him. No one is going to believe me when I say I’m inspired by TikTok.

Like “Soy El Unico,” most of these tracks were fueled by their huge success on TikTok and social media, like “No Se Va” by Grupo Frontera.

The song, which the band released independently and which is a Norteño cover of Colombian band Morat’s 2018 single, debuted at No. 99 with 4.8 million US streams (up 43%) and 1,000 downloads sold (up 278%) from September 23 to the 29 week of tracking, according to Luminate.

Currently, only five regional Mexican tracks have entered the Hot 100 chart. Previously, only three other regional Mexican bands have visited the chart since its inception in 1958, all through pop songs: Kumbia Kings and AB Quintanilla with their collaborative track “U Don’t Love Me” (2000) and Marco Antonio Solis with his starring role in Enrique Iglesias’ “El Perdedor” (2014).

In honor of Hispanic Heritage Month, check out each song to enter the Billboard Hot 100 chart below: