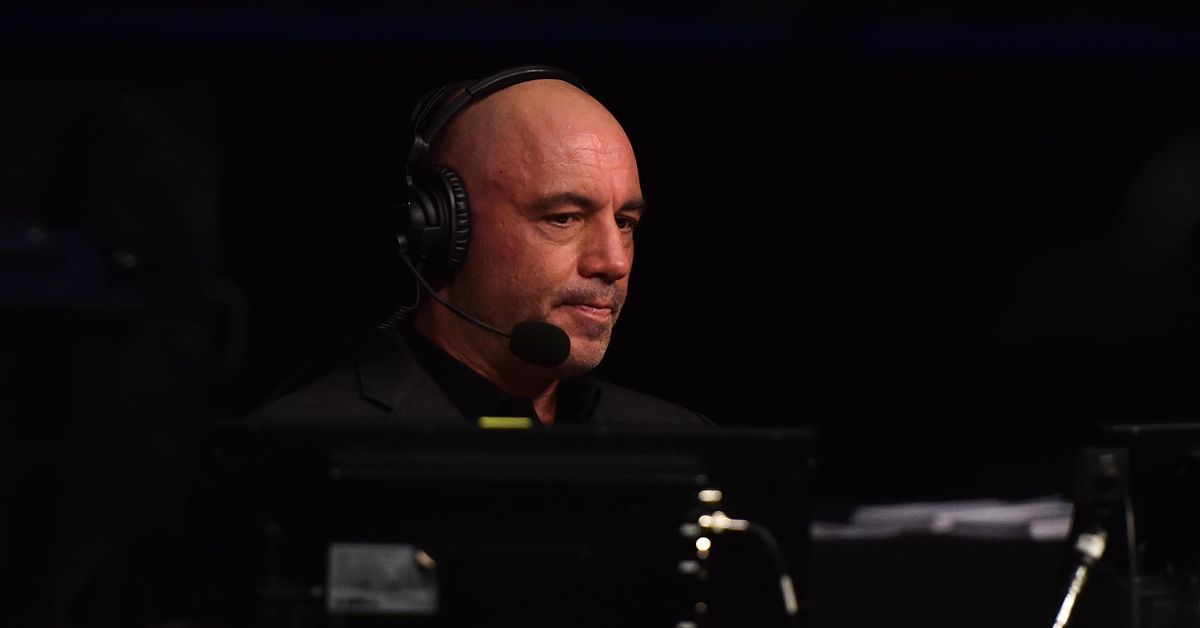 A trader is reflected on a computer screen displaying the Spotify brand before the company begins selling as a direct listing on the floor of the New York Stock Exchange in New York, U.S., April 3, 2018.

The group’s $39 billion disinformation crash is akin to that facing Meta Platforms (FB.O) boss Mark Zuckerberg’s social networks. Joe Rogan, a popular American podcast host, has courted controversy by giving airtime to his own and others’ anti-vaccine views. In response, high-profile musicians such as Neil Young pulled their songs from the platform, wiping over $2 billion from Spotify’s market value.

Rogan’s apology on Sunday and a promise to balance controversial content is the sensible compromise. Above all, Ek manages to neutralize the outrage of Young and others, thereby keeping Spotify’s subscriber base intact. With music subscriptions accounting for more than 85% of Spotify’s $9.6 billion in revenue last year, according to Refinitiv estimates, that’s significant. A much more powerful artist, say, Taylor Swift, taking up the cause could have done serious damage.

Crucially, the patch-up also saves Ek from being branded an absolute enemy of free speech, one of Zuckerberg’s great fears. But he has to tread carefully given the centrality of podcasts to his ambitions. Spotify’s monthly US podcast audience is expected to overtake Apple’s

As a medium, podcasts are also a smart way to differentiate Spotify from rivals Amazon.com and Apple which basically offer the same library of songs. This explains Spotify’s multi-billion dollar buying spree over the past few years. In addition to spending hundreds of millions to reclaim the pop culture bullhorn and podcasting outfit The Ringer in 2020, he pays Rogan $100 million for the exclusive rights to his shows.

Slapping the audio equivalent of the parental advisory on such content is unlikely to improve its appeal to listeners. Like Meta, it will also fail to silence critics who say Spotify hosts socially harmful content. Then again, the alternatives for Ek were probably much worse.

(The author is a Reuters Breakingviews columnist. The views expressed are her own.)

– US podcaster Joe Rogan apologized on January 30 and promised more balance on his show, broadcast by streaming service Spotify Technology, amid a backlash over Covid-19 misinformation.

– “If I pissed you off, I’m sorry,” Rogan said. “I will do my best to try to balance these more controversial views with the views of others so that maybe we can come up with a better point of view.”

– Spotify chief executive Daniel Ek said on January 30 that he might disagree with some views on the platform, but that it was “important to me that we don’t take the position of content censor”.

– Spotify said it would add a notice to any episode featuring pandemic discussions to direct listeners to a Covid-19 hub containing information from medical and health experts, as well as links to authoritative sources .

– Singer-songwriters Neil Young and Joni Mitchell are among prominent figures who have called for their music to be removed from Spotify in reaction to Covid-19 misinformation about Rogan’s show.

Reuters Breakingviews is the world’s leading source of financial news on the agenda. As the Reuters brand for financial commentary, we dissect big business and economic stories as they break out around the world every day. A global team of approximately 30 correspondents in New York, London, Hong Kong and other major cities provide expert analysis in real time.

2022-01-31
Previous Post: Online Payday Loans Market Expected to Generate Explosive Revenues by 2026
Next Post: During the quarantine, the number of long-term online direct lenders has increased