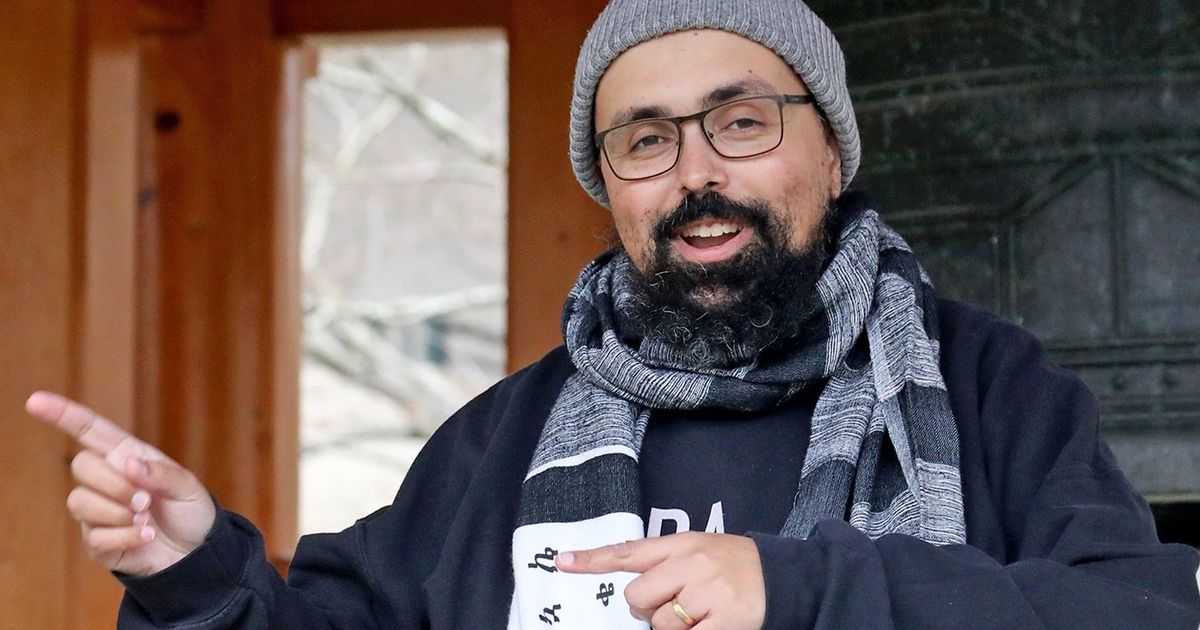 When KEXP DJ Gabriel Teodros started living on his own at the age of 18, he made a living selling CDs of his hip-hop music.

He sold about 20 CDs for $ 10 each time he performed in a show (normally 40 to 80 times a year, which works out to about $ 8,000 to $ 16,000). In addition to the checks he received for shows, and later, for the music and writing workshops he taught in schools, his career paid the bills he needed to survive in Seattle to the early 2000s.

But as people started buying more of their music from iTunes or pirating it from sites like The Pirate Bay and LimeWire, CD sales declined. And they steadily declined in the 2010s, as music streaming service sites like Spotify took control of the market. Finally, in 2017, Teodros decided to work outside of music to make ends meet as a driver for Lyft.

Teodros has been a full-time DJ at KEXP since 2020, so he no longer drives for Lyft. But the amount of money he makes from recorded music has plummeted since the CD era.

When he browsed his “Spotify Wrapped,” the company’s year-end marketing campaign that compiles listening data from creators and listeners into shareable infographics, he found he had won only $ 150.

Streaming services like Spotify, which charge a monthly subscription fee for unlimited music streaming, have revolutionized the business model of the music industry. The company, which has the largest share of the music streaming services market and 381 million monthly users, says it is helping to generate more revenue for the music industry. Part of the company’s mission, according to the Spotify website, is “to give a million creative artists the chance to make a living from their art.” But some in Seattle’s music industry say streaming services are slashing the income of artists, producers, and record labels and making it harder to make a living. Other artists, however, are finding creative solutions for online income on platforms like Bandcamp and Patreon.

On December 1, when Teodros shared his Spotify Wrapped 2021 on social media, he received many congratulatory messages. People thought that since he had 80,000 streams for one of his songs, he must be making a lot of money. In response, Teodros wrote an article on his Substack titled “There is no money in streaming. ”

“I just really want to lay out what these numbers mean and what they don’t,” says Teodros. After sharing the income with a collaborator, those 80,000 feeds only earned them around $ 90, or just over $ 0.001 per feed.

He is one of a number of artists who have publicly criticized Spotify. Taylor Swift celebrates left some of his albums out of the streaming service for years. Prince boycots Spotify and Apple Music for a few years, insisting in multiple interviews that artists cannot get rich off digital sales. Thom Yorke and Nigel Gogrich also temporarily removed their music from Spotify to protest the company’s payment practices.

The way artists make money from streaming services is complicated. According to Spotify loud and clear, a website the company launched in March to increase the transparency of its processes, Spotify does not pay artists directly, but rather those who own the rights to a song or album (normally record companies, distributors, aggregators and collecting societies) who take a cut and give artists the rest. It also doesn’t pay a flat rate per stream, but instead pays rights holders based on “streamshare,” a figure calculated from the number of streams from a rights holder divided by the total number of streams on. a particular market.

Thus, the amount that rights holders earn per stream varies. But most estimates range from around $ 0.003 to $ 0.005 per feed. Business Insider estimates that most artists need about 250 streams to earn a dollar.

Seattle-area music producer Ryan Hadlock, who has worked with renowned artists such as The Lumineers and Brandi Carlile, says 20 million streams typically generate $ 100,000 (based on a rate of 0.005 $ per stream). Although $ 100,000 seems like a good salary, Hadlock says artists normally only get a fraction of that amount, with record companies typically taking at least 50% and artists paying a large chunk of the rest to managers. artistic contributors and lawyers.

But Hadlock does not see this growth reflected in his income. He says when he compared the royalties he made on his last album which sold 1 million physical CDs (which made it eligible to be a platinum album) and the royalties for his most recent album which became platinum by reaching 1.5 billion fluxes (a new RIAA definition of platinum in the age of streaming), he found that he made 10 times less money from streaming.

The few people who make a lot of money from streaming services, according to Hadlock, are the top songwriters the industry uses to write consistent hits for pop stars.

According to Loud & Clear, only 870 artist catalogs generated over $ 1 million on Spotify in 2020.

Spotify is always more subscribers and listeners and made a profit of $ 2 million in the third quarter of 2021. But even with 172 million paying subscribers, the company, known to focus on long-term growth rather than short-term profitability, only reports sometimes profits, depending on company financial reports. According to Loud & Clear, it pays about two-thirds of its income to rights holders.

Hadlock says the people who benefit the most from streaming services are consumers – who can listen to almost any popular recorded music in the world for $ 10 a month.

Even though streaming service royalties are often meager, the industry is finding new ways to make money.

Tony Kiewel, president of Seattle’s Sub Pop Records label, says that while the company doesn’t make the same amount in streaming royalties as CDs, the increased vinyl sales make up much of the loss. In the first six months of 2021, Vinyl sales in the United States increased 108%. But even vinyl production has been hit by supply complications from the pandemic. Growing demand for vinyl, exacerbated by Adele’s November release of her new album, “30”, for which she has pressed 500,000 records, has prompted artists to fight to get records pressed in time for releases. albums.

Kiewel says that Bandcamp, an online music site where, unlike Spotify, people can pay to download music, has become a powerful source of income. Teodros says he normally prices his albums at $ 10 on Bandcamp, but the platform allows listeners to pay more if they choose. On his last two projects, he was making an average of $ 20 per album, with some people sending him as much as $ 100. Bandcamp also allows Teodros to access buyer emails, which helps them bring new projects to market.

“I think a lot of music lovers go there because they know they are supporting artists,” says Teodros.

During the pandemic, too, artists found creative new ways to make money online. Spokane-based soul singer Allen Stone has spent much of 2020 and 2021 creating pay-per-view comedy sketches and music specials on Patreon, a site that allows independent content creators to perform live performance services. ‘subscription. Former KEXP DJ and multi-gender artist Otis Calvin III (known as OCnotes) also owns a Patreon and uses Bandcamp’s subscription feature to gift all his discography for $ 5 per month, as a personal streaming service. Calvin III said in the spring that he removed his music from Spotify and ended up making more money than he ever made from that streaming service. (Some of her music is now back on Spotify.) Seattle psychedelic jazz / soul singer SassyBlack even turned some of her music into non-fungible tokens, or NFTs, which she sells on her website.

Spotify has no plans to increase subscription rates (or rates for artists), but says it will do so in markets “when it makes sense,” weighting price increases with the risk that users will revert to music piracy if subscription fees get too high, according to Loud & Clear. Kiewel, however, believes tariffs for rights holders like Sub Pop could increase without negatively affecting Spotify.

Teodros has his complaints about streaming music services, but he also sees their benefits. It is now easier for independent artists to have listeners in other parts of the country or abroad.

As Hadlock says, “a lot more artists are on display” than before.

Teodros thinks things could also be easier for young artists, who never had to give up old ways of making money with music.

For them, he said, “I don’t know if it’s better or worse than before.