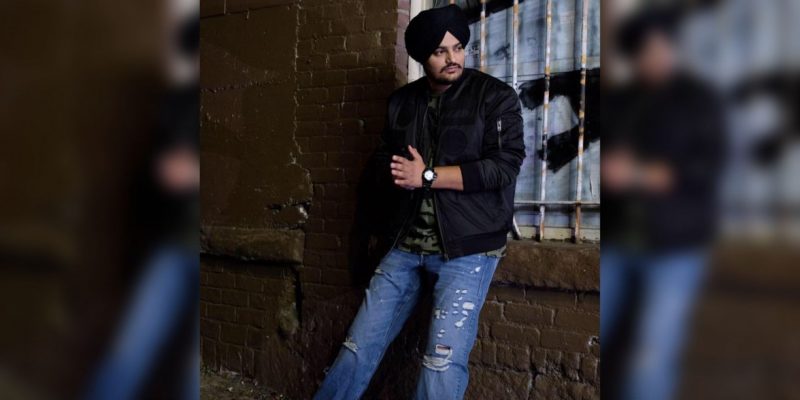 Jalandhar: Three days after its release, Sidhu Moosewala’s long-awaited song “SYL” was removed on Sunday, June 26 from his official YouTube channel. The song had garnered over 22 million views and was posthumously released on June 23 by his team.

The message on the singer’s YouTube page read, “This content is not available on this country’s domain due to a legal complaint from the government.”

The video was blocked in India shortly after the results of the Sangrur partial poll were announced, where SAD (Amritsar) leader Simranjit Singh Mann, a hardline Sikh leader, won a decisive mandate, beating the AAP candidate Gurmail Singh.

A screenshot from YouTube showing that the song is unavailable.

The development holds significance as ‘SYL’ is based on the Sutlej Yamuna Link (SYL) channel between Punjab and Haryana, evoking strong support from emotional Moosewala fans across the globe. The Union Government’s assessment is that the song has the potential to affect politics in Himachal Pradesh and Haryana, where assembly elections are upcoming.

Shortly after the song was made unavailable, the official Twitter account of Shiromani Akali Dal (SAD) posted their opposition to the decision.

Sidhu Moosewala song #SYL captures the sentiments of the Punjabis on the riparian principle on river waters and on Bandi Singhs. Any decision to ban it under any pretext would be misguided and contrary to the democratic rights and freedom of expression of the Pbis. Shiromani Akali Dal opposes such a decision. pic.twitter.com/YfnOlffm7v

“SYL” is Moosewala’s latest song, released after he was shot dead by unidentified assailants in Jawahar Ke village in Mansa district on May 29, 2022.

With black and white video and old protest footage, the song shed light on the river’s water sharing plan and the alarming issue of Punjab’s desertification.

In his typical bold style and catchy lyrics, Moosewala in the song questioned Punjab’s long-standing historical and political issues – the controversy surrounding the SYL channel; the victims of the 1984 anti-Sikh riots; Sikh activists; Sikh prisoners languishing in jails despite completing their sentences; and Sikh activist Balwinder Singh Jattana, whose name became synonymous with halting construction of the SYL Canal on July 23, 1990.

Jattana’s photo on a motorcycle was used on the cover of the song as well as in the video.

Jattana belonged to Jattana village in Ropar district near Chandigarh. He was studying at Government College in Ropar when he joined Babbar Khalsa, a pro-Khalistan militant group.

Later, four members of Jattana’s family – Dwarki Kaur (80), Simranjit Singh (5), Jasmer Kaur and Manpreet Kaur were killed and burned to death in their home after an attack on the former Chief Superintendent of the Chandigarh Police (SSP) and former Director General of Police (DGP), Punjab, Sumedh Singh Saini.

Jattana was killed in a clash with police on September 4, 1991.

Notably, the 214 km long SYL canal project was started on April 8, 1982 in Kapoori village in Patiala district by Prime Minister Indira Gandhi. It was intended to share water from the Sutlej River of Punjab with Haryana. However, over the years, SYL ended up becoming a political and legal issue between Punjab, Haryana and the central government.

The song begins with the statement of AAP MP Rajya Sabha of Haryana, Sushil Gupta, who after the formation of the AAP government in Punjab said, “By 2025, water from SYL will reach every field in Haryana . This is not our promise, but our guarantee.

Raising the claim of “sovereignty,” Moosewala begins by saying, “Sanu sada pichokad te lana de dayo, Chandigarh, Himachal te Haryana de dayo, Jinna chir sanu sovereignty da raah nai turkey, ona chir pani chaddo, tupka nai turkey.” (Give us back our past and our community. Give us Chandigarh, Himachal and Haryana. Forget the water (of the river), we won’t give you a single drop, until you give us sovereignty.)

In addition to the lyrics, there are prominent English subtitles on a map of united Punjab, such as: “To stop being robbed of our water we shall have to abolish the Reorganization Act 1966 and Section 5 completely Termination of Agreements Act 2004”. ; “The Causal Agent of the 1984 Genocide”; and “Punjab’s extremely high level of water stress”.

Additionally, the song contains footage of the “Delhi Chalo” march when the historic farmers’ protest began and the laying of the “Nishan Sahib” (Sikh flag) at Delhi’s Red Fort on January 26, 2021. The video contained also the statement. of Deep Sidhu, who died in a car accident days before Punjab assembly elections this year.

The video ends with Statement by Governor of Meghalaya Satya Pal Malik during the farmers’ protest in which he urged the Union government not to test the patience of the Sikh community, known for remembering the injustices inflicted on them and seeking revenge, even after many years.

Moosewala’s song ends with three important messages to the people of Punjab: “Each of you is the last hope to protect the waters of the Punjab River to prevent the desertification of Punjab”; “Save the Waters of Punjab”; and “Free the Sikh prisoners”.

Talk to Threadveteran journalist and author Jagtar Singh, who worked with Indian Express in Chandigarh during the agitation against SYL in the 1980s, said, “Sidhu Moosewala’s song brought attention back to Punjab’s issues and militancy was rooted among them. The issue of the waters of the Punjab River was most vital for militants, especially those associated with the Khalistan Liberation Force (KLF) and Babbar Khalsa.

“It was the Babbar Khalsa who was instrumental in stopping the construction of the SYL in the 1990s,” he continued. “Since the day Balwinder Singh Jattana and his two associates killed Chief Engineer ML Sikri and Superintendent Engineer Avtar Singh Aulakh, its construction has not been able to restart.”

Jagtar Singh said that when the attack was carried out on the SYL office, almost 90% of the canal construction work had been done. The remaining 10% are incomplete to date.

On the overwhelming support for Moosewala’s song, Jagtar Singh said, “It will definitely shake up the dynamics of Punjab. The entire narrative of the song is based on the 1978 wrestling issue, which can be revived.

“Politically, it may not have much impact, as SAD and Congress are both culprits in building SYL, but it may mobilize young people more,” he added.

Analyzing the word ‘sovereignty’ in the song, Jagtar Singh said that historically the only time Punjab enjoyed complete autonomy was during the Sikh Empire of Maharaja Ranjit Singh.

“In the modern context, Moosewala speaks of empowering Punjab; make the state capital, Chandigarh. He talked about Haryana and Himachal Pradesh, which were carved out of Punjab. The singer has addressed all the key issues in Punjab, which have not been addressed for a long time,” he said.

“Being an agrarian state and according to the riverine law of Punjab, Punjab has a right to the waters of its rivers. Ideally, the state’s river water should be shared after meeting the needs of its farmers and the public, but that is not the case,” Pal said.

“Haryana, Delhi and Rajasthan were getting water from Punjab, while the reality on the ground is that groundwater in Punjab is running out fast. Our tube wells are drying up and we are heading towards desertification,” he continued.

Regarding the reference to the farmers’ protest in the song, Pal said that it was because of the Punjabi identity of the unrest that the farmers’ movement gained momentum in the country.

“Farmers in Punjab have manifested the identity of farmers across the country, and it continues. There is a revival among farmers; that’s why we keep increasing the demand for MSP. Farmers’ unrest has the potential to revive not only Punjab’s pending issues but the country as a whole,” he said.

“Look at the June 24 protest against Agnipath,” Pal continued. “Farmers under the banner of Samyukt Kisan Morcha (SKM) have rallied across the country. This is the result of the protest by organic farmers, which originated in Punjab and spread across the country.

“Let’s be clear that Sidhu Moosewala is interrogating the center and not targeting Haryana. The brotherhood of Punjab and Haryana was strengthened during the farmers’ protest and we are proud of our association with the farmers of Punjab It has become a headache not only for BJP-RSS but also for other parties as it will affect their policy.For us, Punjab is our elder brother and we value our ties more than falling prey. politics,” he said.

Kohar said Moosewala spoke of a united Punjab and unity among the people. “And that’s what we won thanks to the farmers’ protest. In fact, Punjabi identity, Sikhism, Langar culture and massive NRI support have strengthened our ties, not only with Punjab, but also with farmers in the rest of India,” he said. .

He asked why the Union government, instead of focusing on “SYL”, is not focusing on the international water treaty which results in Indian water going to Pakistan?

“The kind of brotherhood we enjoyed in the days of Sir Chottu Ram is what we gained through farmers’ protest and we don’t want to lose it because of SYL or any other political issue,” a- he added.

2022-06-26
Previous Post: Ranking of new songs from the group’s anthology album “Proof”
Next Post: FKA Twigs and Jorja Smith found out they were cousins ​​after working together