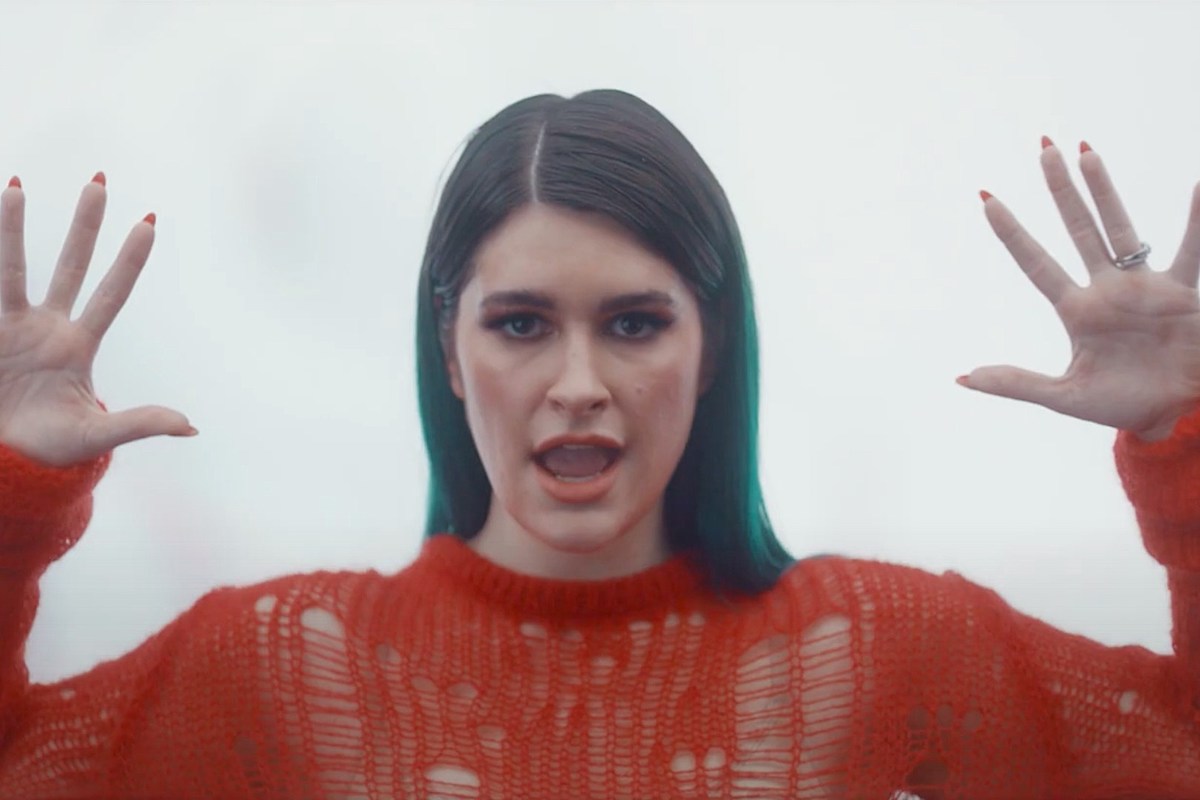 One of the most exciting new bands in metal, Spiritbox, have just released a brand new 3 track single titled Rotoscope, which serves as the first batch of new songs since their 2021 debut album Eternal blue. Additionally, they released a video for the title track.

The video for “Rotoscope” was directed by Max Moore and can be seen below, along with the unique art and visualization videos for the other two tracks, titled “Sew Me Up” and “Hysteria”.

Spiritbox went in a slightly different sonic direction with these new songs, leaning more into alternative rock than the intensity and heaviness they brought with Eternal blue. Singer Courtney LaPlante actually warned her fans earlier this year that some of them might hate the new tracks, but it was time for them to experiment as some of the songs from their debut album are years old at this point.

“[The new songs are] really different from the songs on Eternal Blue. I think some people might even hate them. But it excites me. I thrive on negativity! she said to Kerrang!.

“As scary as it sounds, you just have to do what makes you happy, create the music you want to create, and work with the people you want to work with,” added guitarist Mike Stringer. “Because the moment you start limiting yourself, the music suffers.”

Spiritbox has a handful of festival performances booked throughout the summer, and then they’ll head to a North American arena to support Ghost and Mastodon in late August. See upcoming dates here.

16 Artists Who Mix Metal With Other Genres

Metal mixes more than ever with different musical genres. Here are 16 artists who are making a name for themselves mixing metal with other types of music.