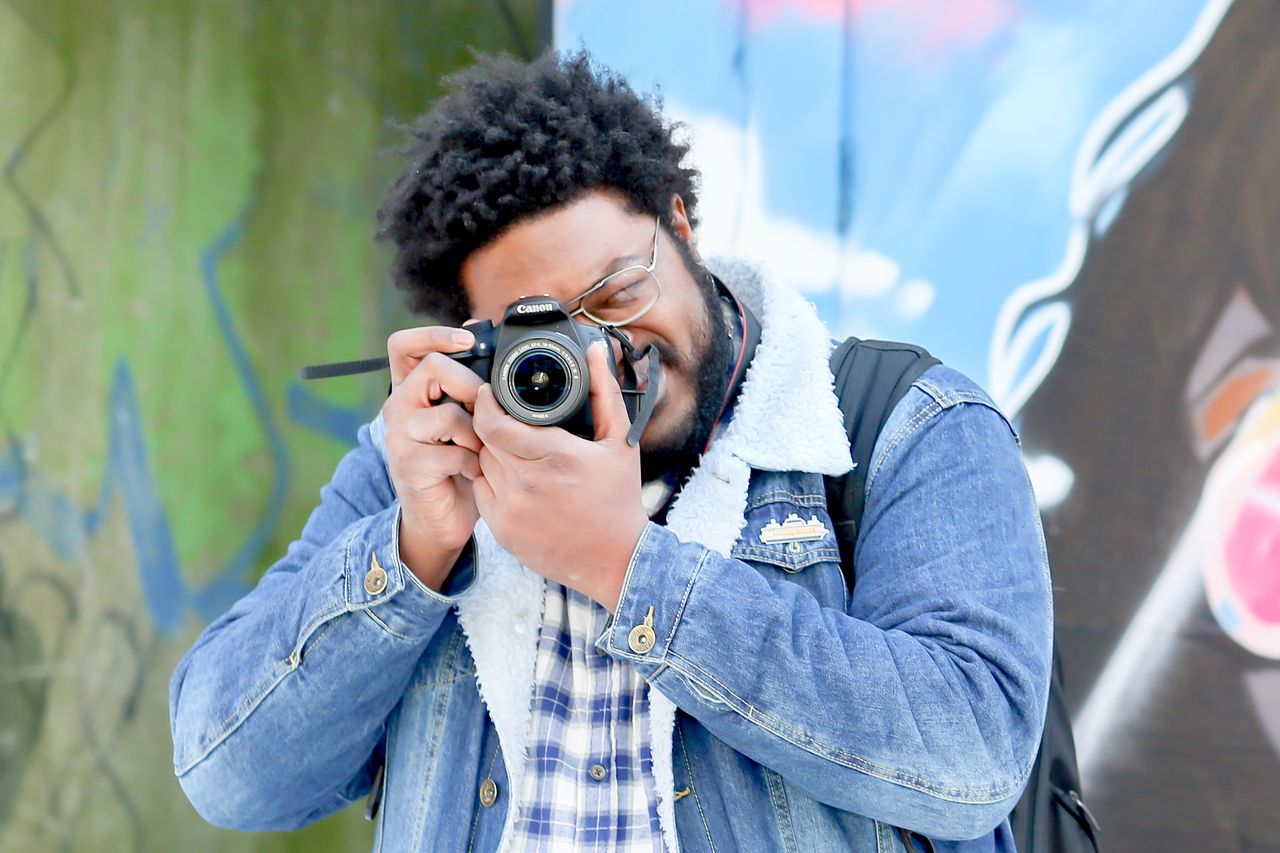 The Staten Islander native has always made art and had his first gallery show at just 16 years old. Now he has pictures on display at the Staten Island Museum, in his Exhibition “Yes, And”and to Photoville, on the South Beach Boardwalk. Long is also a board member of Alice Austen House Museum.

Long’s philosophy is simple when it comes to photography: “Subvert the Staten Island narrative.” If you’re from the island, he hopes his images convey a sense of relatability, pride, home.

For non-Staten Islanders, his work aims to spark curiosity.

Thinking about the identity of this place and the people who live there began to shape Long’s photography significantly, especially during the pandemic when he could no longer photograph events or portraits in the same way.

“I want to showcase this place, because I don’t think it’s fair in the way it’s presented and talked about,” he said.

Reflecting on Staten Island also profoundly influenced his next artistic project, in the works – an album called “All the Lines In Between”.

After spending the day on the boardwalk with a friend who played the ukulele, Long thought, “Wow, we really are on an island.

Long described the ukulele as “an instrument that comes from the island”, connecting his sound to his island home.

This inspired Long, originally just a piano player, to learn the ukulele and write an album featuring the instrument. All but two of the songs were composed on the ukulele, and now that all the songs are written, Long is ready to record.

He described the album’s sound as “acoustic, R’n’B, hip-hop, ukulele ensemble.” Friends described the songs as sounding like “John Mayer mixed with Childish Gambino”. The songs delve into the “nuance of relationships.”

To discover Long’s visual work, visit his website or his Instagram. Stay tuned for the music release of “All the Lines In Between” soon.

2022-08-21
Previous Post: Playtime: Get your kids involved with these online art and science videos
Next Post: “With my music, I try to explore the extremities of emotion”