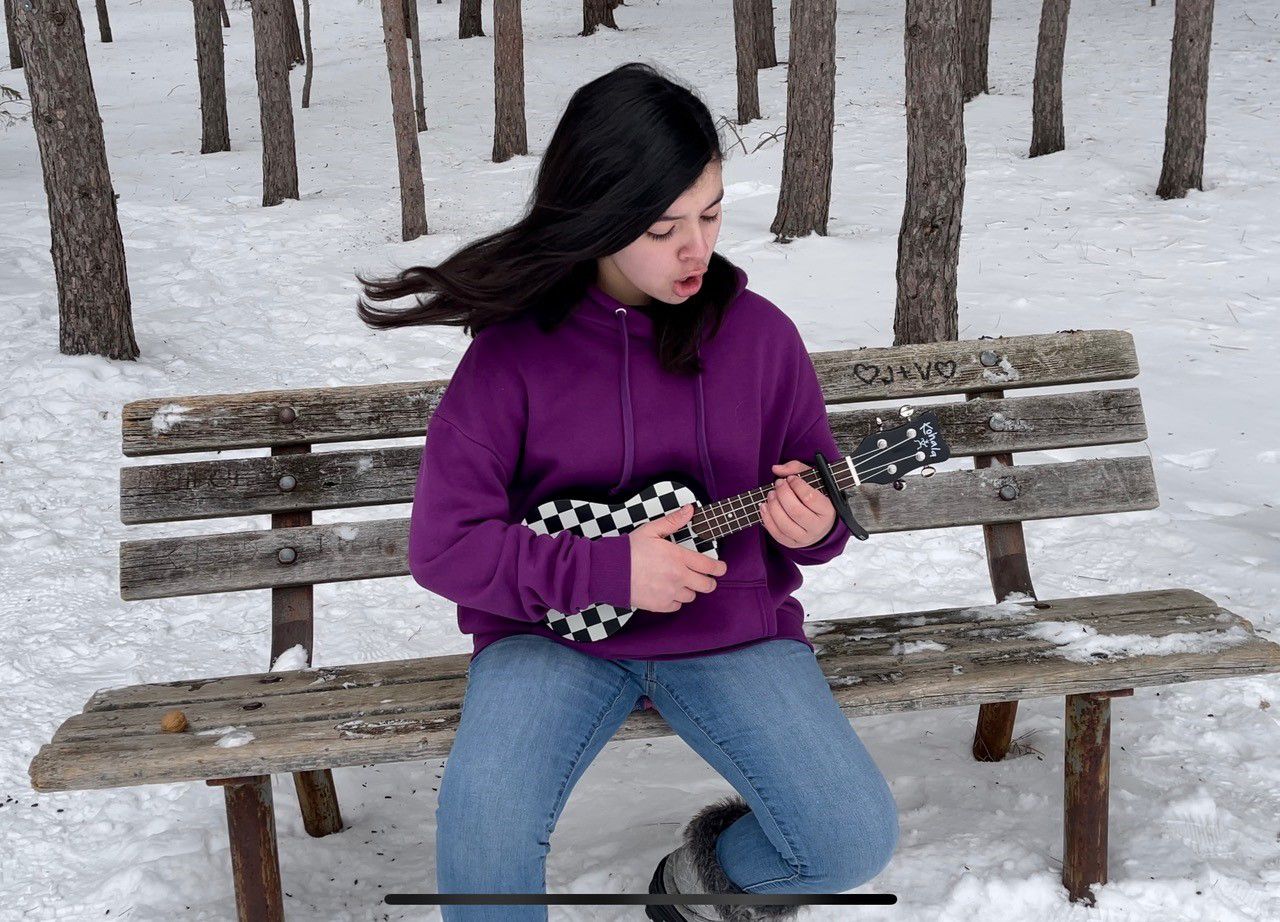 A young Chilean girl who recently moved to Sudbury with her family created a music video to raise awareness about femicide in Latin America on International Women’s Day.

Emilia Peralta Castillo, an 11-year-old who attends McLeod Public School, said she chose to cover the song “Canción Sin Miedo” by Mexican singer and songwriter Vivir Quintana because of its powerful message. .

Translated into “Song Without Fear”, the track demands justice for all missing and murdered women and girls in Mexico and pleads for a life free of violence for women everywhere.

Emilia’s music video showcases the sixth grader’s remarkable musical talents as she sings and plays multiple instruments during the performance.

It also features five women, including Emilia’s mother and aunt, as they perform a dance routine in different locations around the world.

“Every year, more than 4,500 women are murdered in Latin America and the Caribbean solely because of their gender. They suffer abuse and violence,” explained Emilia’s father, Claudio Peralta Leiva.

“This song is a women’s anthem about femicide calling on the government and the people to do something urgent to change this situation.”

Emilia said the song has stuck in her head since she first heard it at school in 2019.

“I told my mom and dad about the song and how much I really liked it, and the three of us decided to create the music video together,” she said.

“It’s a special song that raises awareness of this issue. Many women listen to the song and start crying. They cry because they don’t want this to happen anymore.

Collecting correct data on femicide is difficult because many countries around the world do not report motives for homicide, but data on the nature and prevalence of this problem is increasing around the world.

International media reported that thousands of women marched through the streets of Mexico City on International Women’s Day on March 8 to protest gender-based killings and demand change.

“It’s a problem that happens all over the world, but it happens most often in South America. Women are afraid to walk the streets alone,” Emilia said.

“This song is very strong, and it says that people can’t ignore what’s going on anymore.”

Emilia and her family immigrated to Canada from Chile in August. When they first moved into their home, Claudio said their first piece of furniture was a piano.

“We come from a very artistic family. I am an engineer by trade, but a musician at heart. We have always played music with Emilia since she was a baby,” he said.

The young girl discovered a passion for singing and quickly learned to play the piano, ukulele, bass guitar and drums. She is currently learning to play guitar and accordion.

The family started making music videos together during the COVID-19 pandemic while social distancing in Chile.

“I love making music videos with my family because it makes me really happy,” Emilia said.

“Making a music video has always been my dream, so I was able to do it, but I also like it because I can spend time with my mom and dad.”

Emilia’s mother, Blanca Castillo Álvarez, is the one who suggested they incorporate the dance into their most recent video.

Claudio said he had a sister who is a dancer in Chile, so they decided to reach out to friends and family to see who wanted to participate.

“We included five different dancers in five different locations around the world – they are in the desert, on the beach, in the city and in the snow in Sudbury, Canada,” Claudio said.

“At first it was just an idea, but we’re really happy with how it turned out.”

Emilia said all the dancers learned the same routine for the song and “they did wonders”.

“My mother had to dance in the snow, and it was probably -10°C. She was just wearing a dress. We were filming for a minute, then we stopped to go and warm up,” says Emilia.

The girl said she loves Sudbury and is enjoying her time at McLeod Public School.

“It’s really beautiful here and I really like the school because everyone is really nice to me and we all play together,” she said.

“Yesterday I was walking down the hall and my friends and teachers told me they saw the music video and really liked it.”

Emilia’s cover of “Canción Sin Miedo” is available on her YouTube channel at www.youtube.com/watch?v=0zJ194mj_B8.

The Local Journalism Initiative is made possible by funding from the federal government.