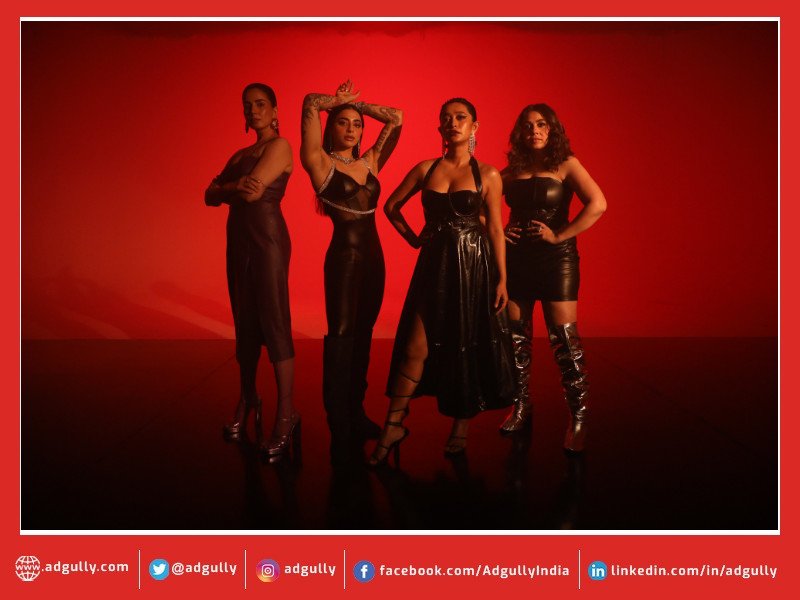 Supari Studios – The minds behind the music video

Four More Shots Please! original from Prime Video! instantly connected with the youth of India with its fiery characters and conscious storytelling. Taking that foundation forward, for season three, Supari Studios has created a music video that celebrates girls while instilling the message of owning your imperfections. In the video, each of the characters is seen through the lens of adoration, charm, and hype that dovetails perfectly with the ethos of the show.

The idea was to create awareness and curiosity for the new season of Four More Shots Please! among fans as well as those who haven’t watched the show yet. Supari Studios is Kulfi Collective’s award-winning branded content studio with expertise in creating music videos focused on unique visuals and storytelling styles, primarily aimed at the Gen Y & Gen Z communities. To reflect the energy of the characters and Complementing the upbeat track, the team ensured a lively and energetic visual language through sleek shots, glitz and chic set-ups. The use of motion graphics, transitions, kinestasis animations, makes this video stand out in all its glory, along with surreal and brilliant lighting that elevates the whole “dope” vibe of the music video.

In the coming season, the drama is bigger, the scale is bigger, and the friendship is stronger. The music video celebrates the series’ plot of female friendships and the characters’ personalities and attitudes. ‘Full Dope’ is represented in the video through a hook stage as the moment of feeling authentically yourself, confident in your own skin, and taking back control.

Advait Gupt, CEO, Supari Studios added, “When you have artists like Raftaar, Mickey Mcleary, Kaptaan Saab coming together to produce a track, you know it’s going to be just awesome. We were absolutely thrilled to collaborate with Kali and the whole team at Prime Video to produce the music video for Full Dope. Via the anthem, we hope to address some of the themes of the Four More Shots series, a fierce show that celebrates the stories of strong female characters and their relationships.

Lendrick Kumar, Director of Full Dope added, “I was super excited to get the call to work on this video with the cast of Four More Shots Please. The biggest challenge of this project was maintaining a balance between glitz and glamor as well as important themes like individuality and empowerment. Adding Raftaar’s music into the mix sealed the deal for me, assuring it was going to be awesome. I’m pretty happy with the end result which highlights each actor separately but brings them together as one unity as we head into the new season of this much-loved show. I can’t wait to experience the new season myself!”