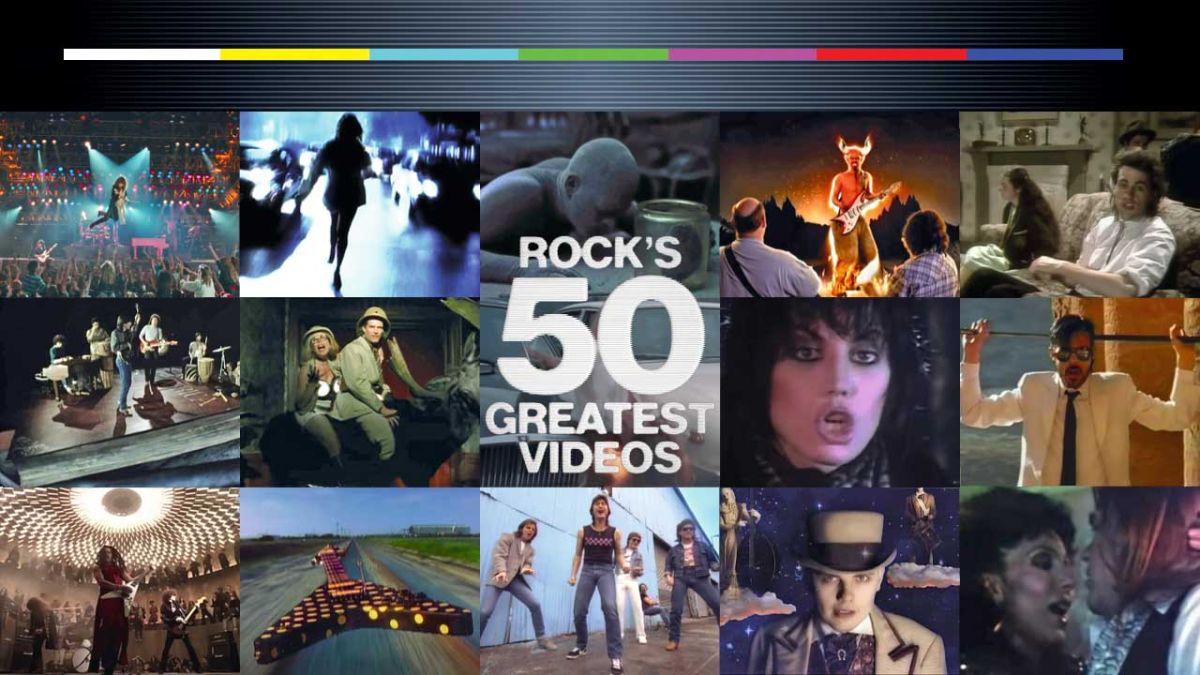 The 50 Greatest Rock Videos of All Time

On August 1, 1981, the switch was flipped and the revolution began. “Ladies and gentlemen,” intoned a deep, “rock’n’roll” male voice.

It was at this time that a brand new channel named MTV – short for Music Television – was launched in New Jersey. Its mission was simple: deliver the visual equivalent of a radio show, except that singles have been replaced by music videos, and DJs have become VJs, or video jockeys.

The first promo broadcast on the channel was loaded with irony and intention: Video Killed the radio star by boffiny British new-wave duo The Buggles. He fired the starting gun on the golden age of the music video.

MTV did not invent the concept of the music video; everyone from Gallic crooner Serge Gainsbourg to, inevitably, the Beatles had created their own early promos, while Queen’s instantly iconic music video for Bohemian Rhapsody popularized it in the public mind.

But it was during MTV’s heyday of the 80s and 90s that the music video really grew from mere promotion to a certifiable art form – lavish, inventive mini-movies, with the ambition and the artistry of everything Hollywood injected into cinemas. Eventually, MTV cut the “M” part of its tenure in favor of a soul-withering reality TV diet, but the genie had long since been freed from the bottle.

Nowadays, the music video exists on YouTube, the ideal platform to choose your own adventure for the media. Budgets may be smaller, but invention and ambition remain. The music video, like rock’n’roll all those years ago, is not going away.

Detroit pranksters Electric Six made funny videos at a time when videos had stopped being funny. Their promo was a surreal S&M-themed adventure featuring pencil-moustached frontman Dick Valentine getting into a row with a lover in lingerie (played by actress Tina Kanarek, mimicking the voice of Jack White). Rumpy-pumpy on a stuffed bison added to the madness.

Not all videos have to have a very high concept. Sometimes it can just be a gorgeous guy and his cool cool band performing under a huge custom made chandelier made of 983 cylindrical lights while a bunch of beautiful people writhe sexy on a balcony around them. What the Mark Romanek-directed music video for Lenny Kravitz’s mega-earworm lacked in highfalutin concepts or blockbuster CGI, it made up for in stunning visual impact.

Watching the galumphant performance video of the original 1982 single with an older, uglier Whitesnake next to this brilliant reimagining is like seeing a cheering Reliant Robin parked next to a Lamborghini. Freshly revamped David Coverdale pouts and struts, but it’s his other half, Tawny Kitaen, who steals the show, instantly burning the image of a woman writhing on the hoods of expensive cars on the retinas of millions of excited teenagers.

If you walk down to the docks today… you might find a bunch of dudes miming on matching air instruments one of the AOR’s greatest anthems of the early 80s. Of course, the different paths vid heroically sucks, and apparently the shoot was a nightmare (particularly due to the presence of Steve Perry’s girlfriend, who was reportedly jealous of the model strutting around the docks), but it has a geeky charm which is undeniable.

The second of the holy triptych of Slippery when wet videos that helped launch them into the stratosphere. Exuberant and goofy, she made being a member of Bon Jovi the best thing in the world (come on, who never wanted to fly through a stage in a harness?), and proved that everything looks better if you blow most of your budget on the sparks.

Any song that takes its title from an unprintable sex act would never have had a regular video, and 1996’s hit Tool serves up a big plate of weirdness. Directed by Tool guitarist – and professional animator – Adam Jones, the stop-motion clip is a disturbing mix of sci-fi weirdness and nightmarish body horror involving bald alien creatures doing unnatural things to each other. Twenty-five years later, we still don’t know what it is.

Imagine the reunion: “So guys, we want a video where a man who looks like a darts player from the 1980s flips through books in a library while the librarian watches disapprovingly, cut with the band playing on a giant encyclopedia. And then everything burns. The end.” Somehow, the unpromising video for Toto’s 1982 single turned this group of soft-rock bearded farmers into unlikely MTV staples and helped elevate the song itself to godhood. musical.

“The dynamic duo go on holiday,” is how goth king Andrew Eldritch humorously described the lavish music video for the Sisters’ 1987 single. Filmed in Jordan at a cost of £1million, it goes like Lawrence of Arabia-meets-the weirdest spy novel ever written, with Bedouin horsemen galloping across epic desert vistas and vamping Eldritch in white suits, mirrored sunglasses and a walking cane. Does that make any sense? No. Does it look amazing? Absoutely.

Billy Corgan’s grand musical ambition was never better matched than with the dazzling partially animated video of Melan Collie and the Infinite Sadnessis the fourth epic single. Inspired by the visionary silent film by George Méliés from 1902 A trip to the moon, it was a steampunk adventure before steampunk was a thing: paper-cut airships, a moon with a face, a pair of lovers battling pointy-headed alien creatures and pink octopus creatures, while a top hat-wearing Corgan and his bandmates float and twinkle in the clouds like Victorian ghosts. You never had that with Mudhoney.