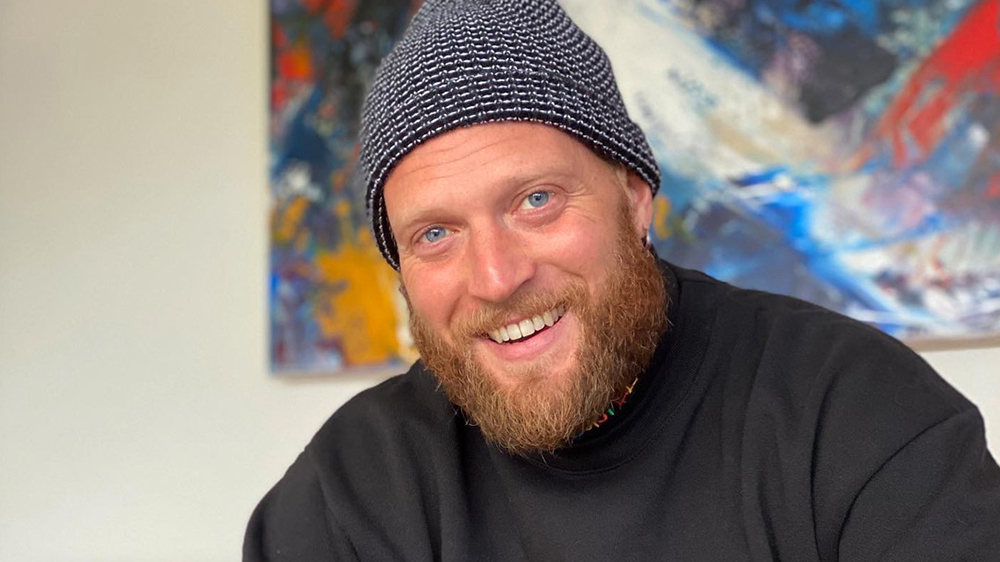 Grammy-nominated director Colin Tilley, honored this year at the EnergaCamerimage International Cinema Film Festival for outstanding achievement in music videos, is a multi-award-winning American who has created a remarkable range of works – and over 200 videos – for artists and companies. from Justin Bieber to Cardi B and Megan Thee Stallion.

His company, Boy in the Castle Productions, has also created impressive worlds for Reebok, Rolls Royce and L’Oréal.

Tilley, who grew up in Northern California and started his career with videos for rap artists over a decade ago at the age of 19, says he wanted to create a specific look for his topics. It is a true philosophy of urban and harsh cinema which has been described as “a powerful image that stays in the mind of the viewer”.

A first sensation was his work with Kendrick Lamar on “Alright,” filmed in stark black and white, focusing on a seemingly peaceful city day with children playing in the streets that soon erupted into a battleground between a community of housing projects and the police, ending with a symbolic gunshot. Magically pulled from the hand of a cop, it knocks down Lamar, who has slipped over the urban sprawl.

The video, shot by Rob Witt and Corey Jennings, screened at Camerimage in 2015, winning the music video competition, but Tilley himself is making his first festival appearance this year (and is on the music video jury).

“I’m proud that I can work in any genre,” says Tilley, adding that the idea of ​​becoming big is something that came as a natural evolution.

But he also appreciates regularly changing the artistic vision. “Every four years it kind of changes and I’m like, ‘Okay, cool, I’m going to rock with him for the next two years and go really hard. “”

Tilley cites the work of the Coen brothers as one of the first key influences – “I really like the tone. It’s very, very precise with them ”- but also admits that he likes action films. “I really want to be able to give my opinion on action movies,” he says, alluding to a handful of feature film projects he’s developing.

Music videos served as a useful boot camp for longer films, Tilley says, and he’s also learned to communicate with PDs and music artists about what they envision on screen.

“It’s such a collaborative experience and you have to be able to create this language that you can use on and off set,” he says. “You are almost starting to read other people’s minds. So obviously I end up getting very close and also becoming good friends with these DPs.

The challenge of conveying a narrative in the clips, “often without dialogue, just physical play,” is something Tilley enjoys, he says. But he feels more confident than ever to embrace “stories that I have to tell in three minutes and make the story really resonate.”

Along the way, working closely with DPs has been crucial to its success, says Tilley. “Over the years, I have always created a very close bond with those with whom I work. I have several PDDs with whom I work closely.

Bringing talents together is clearly another strong point for Tilley.

A recent project, “If I Can’t Have Love, I Want Power,” a 53-minute concept feature, “on the joys and horrors of pregnancy and childbirth,” with songwriter- performer Halsey, was shot this summer in Prague. and marked by Oscar and Grammy winners Trent Reznor and Atticus Ross, with costumes by Vivienne Westwood.

With David Baxa’s production design, the project drew visual influences from “Game of Thrones” and the 2006 film “Marie Antoinette”, signifying a collaboration with impressive results.

But launching a feature film into production is a lot more difficult than launching a music video shoot, Tilley acknowledges, and he admits that he still has a handful of movie ideas in the development stage. “It’s very different from music videos where someone calls me and says, ‘Hey, I want to shoot this in a week. “”

2021-10-27
Previous Post: Minus the Bear keeps connections alive with new live album, ‘Farewell’
Next Post: Mastodon Slash through the “Hushed and Grim”