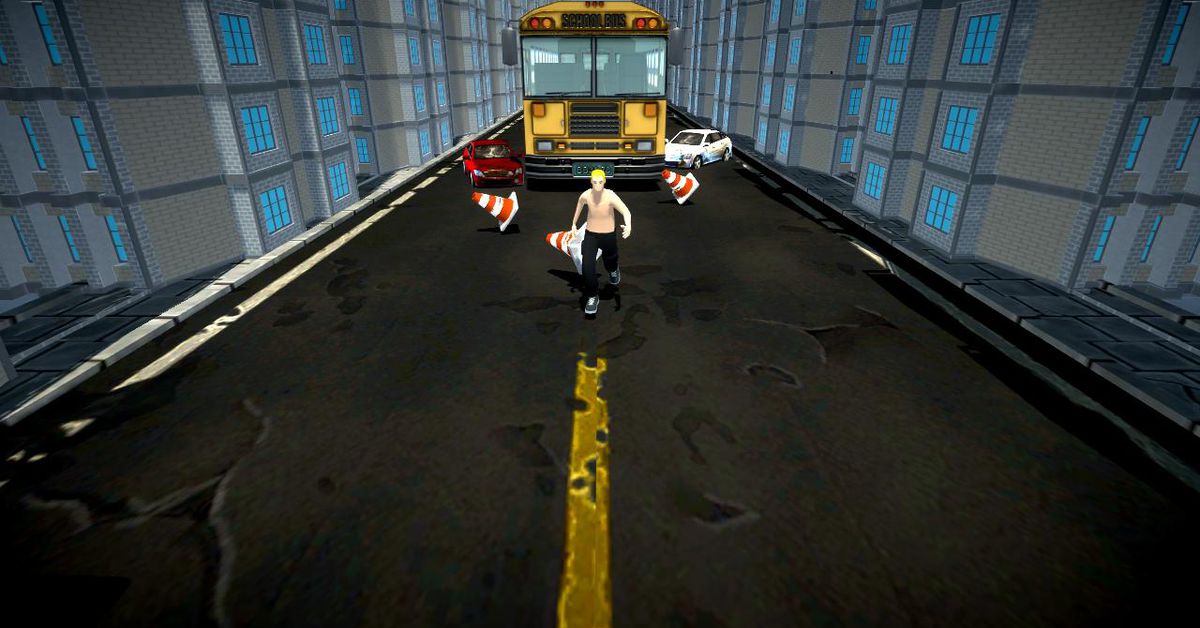 More than 20 years have passed since the Red Hot Chili Peppers’ 1999 album. Californication was first released, and thanks to the work of developer Miquel Camps Orteza, its title track was made into a video game. Ultimately!

In 2000, the album’s title track was released as a single, and it was accompanied by a music video full of janky 3D animated scenes that look like an old PlayStation game. Californication (the video game) recreates the spirit of those scenes, except now you can play them as if the song was a video game.

The original music video is a delirious fever dream, with a shirtless character facing bears and maniacs wielding a chainsaw, driving through forests and taking a mining car through a mine, and grinding a snowboard on the piping San Francisco’s Golden Gate Bridge. The game’s trailer looks a lot like that original video and shows the gameplay of the characters soaring above the city sky, running from giant rocks, and swimming in the ocean.

According to Orteza, the game started as a two-day challenge and grew into a full game, with seven levels that all have their own settings and gameplay mechanics. Those looking to relive the glory days of Red Hot Chili Peppers can download the game for free from Itch.io now, for Windows PC and macOS.