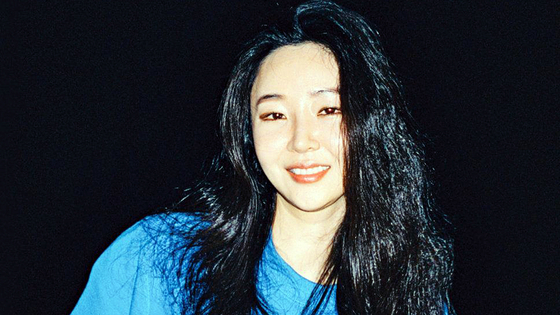 The woman behind girl group NewJeans refuses to follow formulas

NewJeans entered the K-pop scene on July 22 and quickly became one of the most talked about girl groups. When introducing this highly anticipated launch, one sentence sufficed – “Min Hee-jin’s girl group.”

Known as a “genius creative director” in K-pop with a career spanning two decades, Min has some impressive names in her portfolio: star groups Girls’ Generation, SHINee, Exo, f(x) and Red Velvet, for which she was the artistic director under SM Entertainment. She was the creative mind behind the colorful skinny jeans trend sparked by Girls’ Generation’s mega hit “Gee” (2009), the school uniform look of boy band Exo in “Growl” (2013) and the concept dimension of Red Velvet that established a unique new feminine image for K-pop girl groups.

In 2019, she joined HYBE, the powerhouse behind BTS. As brand director, Min created her label ADOR, which means “all doors in one room”. NewJeans is the first act to come out of the new agency. 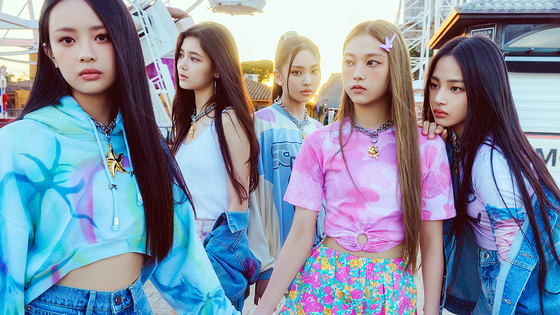 The “girl group Min Hee-jin” turns out to exceed the high expectations they faced. Min broke with the customs of early K-pop, which follows the order of revealing members, teasers, and finally a music video. Instead, NewJeans’ debut music video “Warning,” uploaded on July 22, was also the group’s first name reveal. The video surpassed 12 million views on Thursday. 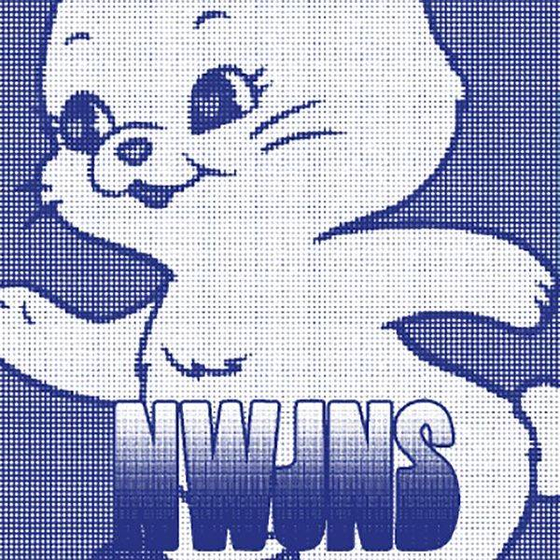 NewJeans has since uploaded three more music videos: “Hype Boy”, “Hurt” and “Cookie”, which together with “Attention” make up the four tracks from the group’s debut EP “New Jeans”. They all made it into Spotify Korea’s top 10. Thursday. “Attention” is No. 1 on Spotify Korea and No. 2 on Melon. The EP was officially released on August 1 and sold over 440,000 copies on pre-order alone, setting a new record for a debuting K-pop girl group.

Min sat down for an interview with the JoongAng Ilbo, an affiliate of the Korea JoongAng Daily, last month ahead of NewJeans’ debut. She also conducted a follow-up written interview after the group launched. Below are edited excerpts from the interview.

What do you think of the public reaction to NewJeans?

That’s basically what I expected. I don’t want to come across as pretentious […] It’s true that I was confident, but I also had my concerns. Each decision required so much caution. So I got what I expected, but it was not easy to get here.

NewJeans’ debut process was different from most K-pop idols.

I don’t like formulas. For me, a fun culture is a culture without formulas. Teasers are supposed to arouse curiosity, but after a while I felt like it became a custom. Since [NewJeans] was already getting a lot of attention, I didn’t feel the need for teasers.

I thought curiosity around new content would create more buzz, and my biggest goal was to turn that curiosity into something tangible – to actually go listen to the music since the new concept I wanted to introduce was the music itself. [I needed that strategy] because the music I chose was not the conventional style of K-pop idols. Even though the song is good, it takes time for the audience to get used to it. The music video was a way to highlight the strengths of NewJeans’ music and get people to listen to it multiple times.

Since we kept the members strictly secret, we believed that not revealing any member information would lead to people rewatching the music videos multiple times in order to identify the members. So even the names of the members were not revealed at first. We thought it would get people searching online for who the members are. 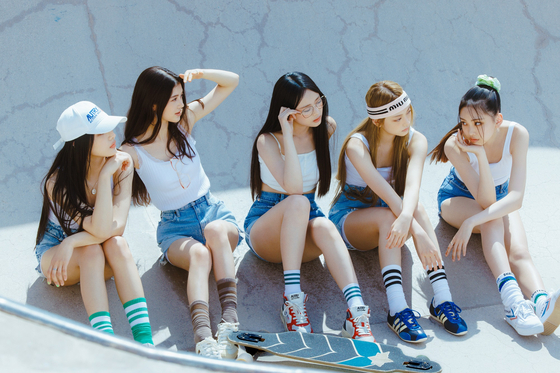 We’ve given each member a drastically different style in each music video to intentionally make it confusing so people can rewatch all four videos to figure out who’s who. The strategy was to keep fans “studying”. I think for a rookie without a fanbase to garner interest at first, securing a fandom in a short period of time is essential. So I expected [our strategy] voluntarily create buzz with viewers.

What do you mean by “the music is the concept”?

The people who were waiting for my work were mostly people who had expectations of the concept [I would come up with]. People tend to view the concept as something primarily, if not strictly, visual. But today there is so much media and so much overflow of visualization techniques, which also means that nothing seems new to the public. So it makes no sense to just focus on visualization […] In my opinion, a good concept is not something that can be defined by a single factor. Even if you can’t quite put your finger on it, something that makes you have complex feelings while pulling you in is what makes for a really great concept. 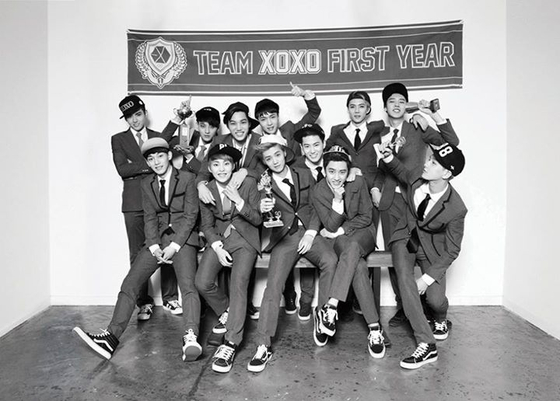 What is it like to work as a producer?

The reason I wanted a label of my own was purely for the musical aspect […] My label being independent was the only condition I had.

Usually the visual and musical sectors are separate, and I’ve been working in an environment like that for over a decade. So I was thirsty, wanting to create an album of the exact music I wanted. I had a sense of mission, so above all I needed an environment free of any outside intervention. As I am not a composer, we cannot define ADOR’s music as a single style.

It is said that NewJeans’ music “doesn’t sound like K-pop”.

I felt like I was tacitly forced to follow the K-pop hit production formula. It was taken for granted, so I felt a little rebellious and wanted to break that formula. I wondered, “Hasn’t the concept of ‘public appeal’ that we commonly talk about also been repeatedly crammed into us?

As someone working in the industry, seeing everyone aiming for a similar style in order to guarantee success was disheartening. I wanted to suggest another way. 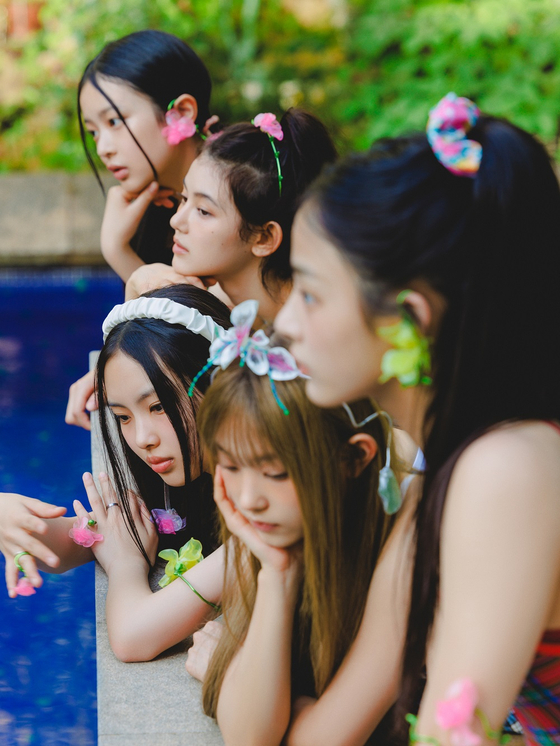 How did company officials react?


After confirming the composition of the members, I invited them to my home. We had a briefing on directionality and the concept I had in mind. All members reacted positively.

Interestingly, within HYBE I was told [my concept for NewJeans] was “simple” or “the type that has no public appeal”. Some people were convinced that he was unlikely to be a hit because he didn’t follow conventional “K-pop idol grammar.” But I didn’t care. I had a clear vision of what I wanted to do and was confident with the music I was choosing. The more I heard skeptical comments like that, the more it made me want to show [NewJeans] earlier.

It wasn’t just confidence; trust alone does not guarantee a good result. I was really curious how people would react to this challenge I was about to take on. It’s surreal and moving to be able to speak now, after everything has gone well. 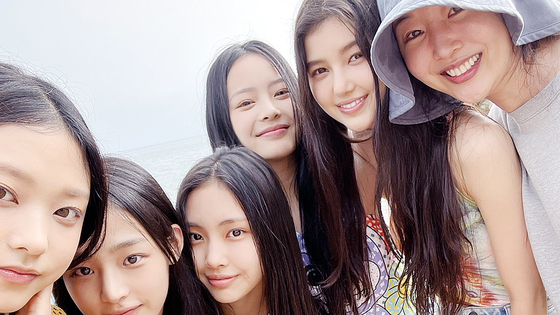 What goals do you aspire to achieve with NewJeans?

It can be scary to suggest something different. But once the suggestion is accepted, I think that’s what writes a new story.

I envision NewJeans as a really “fancy” band – not fancy just to be quirky, but trying out what hasn’t been done in K-pop even though it should have been. The members are ready to go on an adventure with me. Even before the debut of NewJeans, we had already planned the next release. If things go as planned, it will also be a very whimsical album.

2022-08-11
Previous Post: These 11 Olivia Newton-John Songs Are The Most Downloaded
Next Post: Akron’s PorchRokr music and arts festival will transform porches, businesses into stages and art studios August 20