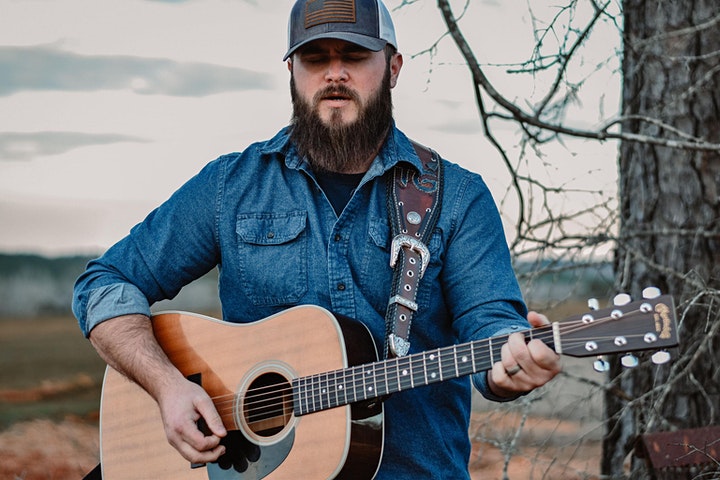 Tim Goodin releases one of the best Appalachian albums of 2022

Bell County is nestled between the mountains that welcomed Daniel Boone and pioneers into the Kentucky wilderness. From there comes a young man who released one of the best albums of 2022 – Tim Goodin with “Son of Appalachia”.

Tim Goodin draws attention with great grace to the TikTok app, which he started performing songs in February 2021. It would be 10 years earlier when he would start singing in public, the first time being in a place shaved ice now closed in Middlesboro. “It was around 2011 and my wife, who was my girlfriend at the time, pushed me to go out and perform in public,” Goodin recalled. “I was scared to death. There were about 12 people there, including 10 family members.

“I’ve always dreamed of playing since I learned to play the guitar,” says Tim. “I started TikTok in February last year. It really grew in popularity and what opened my eyes was that I was getting a few thousand views here and there. Then I posted an original, “Pills and Poverty,” and it hit over 100,000 views in about two days. I was like dang; I might be on to something. He rekindled the fire because I had it put it on the back burner for a few years. That’s what got me going again. As the momentum continued, I thought maybe there was a chance I could do this for a living. That’s what I pursue.

Fast forward and Tim Goodin releases his five-song EP, “Sons of Appalachia.” This week, he was recognized by reaching number eight on the Billboard Bluegrass Music Charts, right next to Sturgill Simpson. The title track was where Goodin shows where he’s proud to be from – Pineville, Kentucky. “This song originated when the tornadoes hit Mayfield and a Facebook post from a guy who isn’t from Kentucky talks about the positive traits people in Kentucky have. I took what he was talking about and performed it at my way,” Goodin said.

“Hard Times” started out as a joke, but then gained traction on Tiktok. “I posted it on Tiktok as a joke about other people’s troubled times and how in the end they changed their lives.”

“Sad Bird Still Sings” is an intentional song about mental health stigma. According to Tim, “I don’t feel like there’s enough music that illuminates mental health. I don’t think there are enough people talking about it. There are a lot of people you may not realize have depression, anxiety, PTSD who will give you a smile and tell you everything is fine. I have the impression that we don’t talk about it enough and that we have to put an end to the stigma attached to it. In my mind, mental health is just as important as physical health.

The final track, “Fishin’ Hole,” is a personal favorite because it was written about time spent with his grandfather, Fred Brock of Jackson County, Kentucky, and his fishing hole. “He died young and he had a farm that mamaw still lives on. My best memories were going to visit them. They had a big farm pond in a hall and he stocked it. He called all the grandchildren to come fishing. I wrote this song in 2014 and in 5 minutes it was done. This song is one of my favorites I’ve ever written.

A song that has struck a chord for many is “Pills and Poverty”. Goodin reflects on writing the song and his journey.

According to him, he and his wife moved to Alabama in 2016. “I used to go back and forth between there and Pineville, but I only went there for major vacations,” Goodin said. “There were times when there was a gap of 3 to 4 months before I went home. When I came home, I felt like everything was in disrepair. I know the economy there is not very good because that’s why we had to move in the first place. There just weren’t many opportunities where you could earn a good living. The coal trade died out. There were times when we didn’t have enough money to even buy groceries for the whole week. When you’re immersed in it, I haven’t seen it or seen how economically wise everything has become. I remember some houses growing up were so beautiful, but now, looking back, they are run down. Then I started thinking about the motivation of that childhood, it wasn’t like that. You think back to when oxycodone became a big thing, which is the early 2000s. When I was in high school, that’s when I started seeing the decline of the economy. It’s like it goes hand in hand – jobs go down, pills go up. The people you know all your life who are good people, many of them have become addicted to their doctors who over-prescribed them with something they didn’t need. It came flooding to me one night and I will say that I wrote those first two verses in 2018 when I came to town. Then I put music to it in August 2021 I finished writing it.

The song has become a song many can relate to and have shared through comments on social media how they know exactly what he sings. “It’s a true story for most rural communities, but also for most big cities. I have people across the country saying that’s how it was growing up. The reach you can potentially have on the internet is mind-boggling,” Goodin said.

So why would a musician consider TikTok and how would it gain popularity. According to Tim Goodin, “I noticed that a lot of people during COVID were posting TikTok videos on Facebook. So I downloaded the app a month before I decided to post my first video. I saw other people singing and they had a lot of followers i thought i could do this so i thought i would give it a try and it snowballed from there it definitely snowballed as he gained more than 100,000 subscribers who interact with it when entering songs.

Interestingly enough, you’re likely to find the likes of Ralph Stanley, Keith Whitley, Travis Tritt, Dan Tyminski, Waylon Jennings, southern gospel and 90s country in his setlist. As for Tim Goodin’s overall sound, you’ll find someone who is pure Appalachian soul who is humbled to have the talent to sing and write songs.

Be sure to check out Tim Goodin online at www.timgoodinmusic.comas well as on top Facebook, instagram, Youtubeand ICT Tac. You can buy his CD online or at a fair near you.

Jessica Blankenship is owner and founder of the Kentucky Country Music website with over 20 years of experience in music journalism, concert planning, photography and promotion. Jessica is a Colonel of Kentucky and an alumnus of the 2019 Kentucky BRIGHT Leadership Class and recipient of the Laurel County Ten Under 40 Award. Listen to her weekly on WFKY on Friday mornings for the Nashville News Roundup.