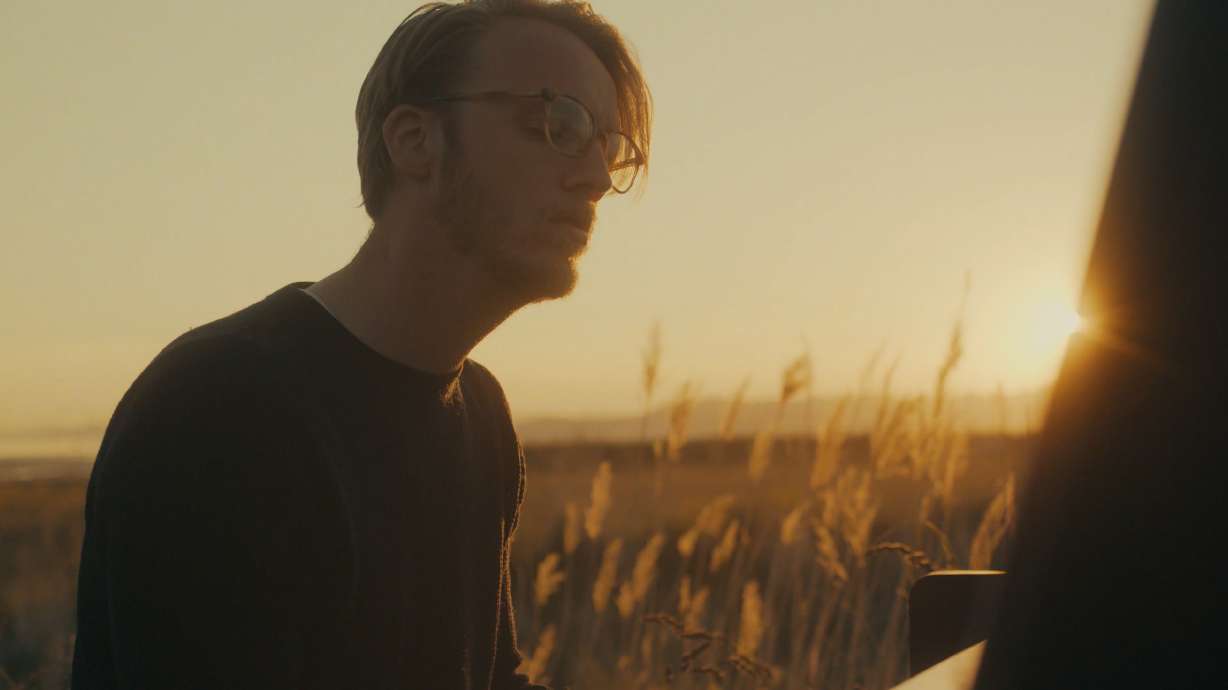 In an effort to create healthy pop music, Utah musician Guy Richey Gibbons has released an album that he hopes will have positive influences, especially for children. (Michael Gibbons)

NORTH SALT LAKE – In an effort to create wholesome pop music the whole family can listen to, local musician Guy Richey Gibbons recently released an album in hopes that the messages in his songs can be a positive influence, especially for the children.

Gibbons describes music as being in his blood, as he grew up with the son of the owner of Platinum Sound and Mastering Labs, the oldest and oldest commercial recording facility in the state of Utah.

“From an early age, I had the chance to hear (the language of music) spoken and…I had the opportunity to kind of respond, if you will,” Gibbons said.

He started taking piano lessons at age 9 and absolutely hated the instrument. He was thrilled when his piano teacher had to move six months into his lessons, but about a year later changed his tune after hearing his brother’s friend play “Underground” by Ben Folds Five.

“There was something cosmic that happened and…my soul changed,” Gibbons recalled. “And it was like a turning point for me in my life to see him play that piano thing – I begged him that night to teach me that piano thing, and within a day or two I had it memorized. and I played it fluently.”

Over the next few years, Gibbons played the piano for five hours a day. He could not read music but was able to play by ear. When he was 12, he and his father co-wrote a song called “I believe” which was featured on the 2003 album Especially for Young People of The Church of Jesus Christ of Latter-day Saints.

Due to his young age at the time, his voice is not the one on the album. Instead, a man named Brett Raymond was hired to perform the vocals. Ten years after the song was recorded, Gibbons found himself on Raymond’s doorstep, asking for his daughter’s hand in marriage.

I’m making this record — to provide a pop/rock alternative for people of all ages, everywhere. Songs about love but not about sex – pop without profanity – music about life, true love and, of course, truth.

Guy and Kelsey Gibbons share a passion for music, but they felt alienated from pursuing full-time careers when they first married. Instead, Guy Gibbons started a marketing company. Looking back, he can see that he wouldn’t have had the same goal behind his recent album if he had started it ten years ago, before his five children came into his life. Now his goal — to make sure families can listen to music together — is inspired by finding entertainment he feels comfortable bringing into his home.

About 6 months ago, he started taking regular time off work to work on his album, which is called, “At the moment.” The album contains nine original songs and one cover. Gibbons wrote eight of the songs himself and co-wrote one with his stepfather.

Gibbons said the songs he wrote come from his heart and are about life, love, truth and the things that matter to him.

“I’m just excited to share this with people,” he said. “I really hope a lot of families resonate with the fun messages in these songs.”

About his mission as an artist, Gibbons wrote: “If you look up the top 10 pop songs today, you’ll find that the majority of them are offensive in some way. Vulgarity, disrespect/violence, immorality, drugs, etc… It’s no small thing. cancerous. That’s why I’m making this record – to provide a pop/rock alternative for people of all ages, everywhere. Songs about love not sex – pop without profanity – music about life , true love and well, the truth.

Gibbons shared some of the specific messages he conveys on his album, including from the title track, “At the moment,which he says is about learning to stay in the moment instead of just trying to get through life’s tough times. He wants his listeners to learn the beauty of enjoying the gift of the present.

There are a few songs on the album related to mental health, including one called “I’ll Be the One,” which refers to people who are there for their loved ones no matter what’s going on in their lives.

“I think that message means a lot with this mental health epidemic we’re seeing all over the world today,” Gibbons said. “How many young people need to hear this and feel this and know that there are people out there who no matter what, we are here for you, we want you, we love you, we want you stay. And we’ll be the one to fight for your life even if you feel like it’s worth nothing, it’s worthless. It’s for us, it’s for me. And it’s where does this song come from.

Most recent arts and entertainment articles

Meg Christensen is an avid reader, writer and language snob. She earned a bachelor’s degree in communications with a major in journalism in 2014 from Brigham Young University-Idaho. Meg is passionate about sharing inspiring stories in Utah, where she lives with her husband and two children.