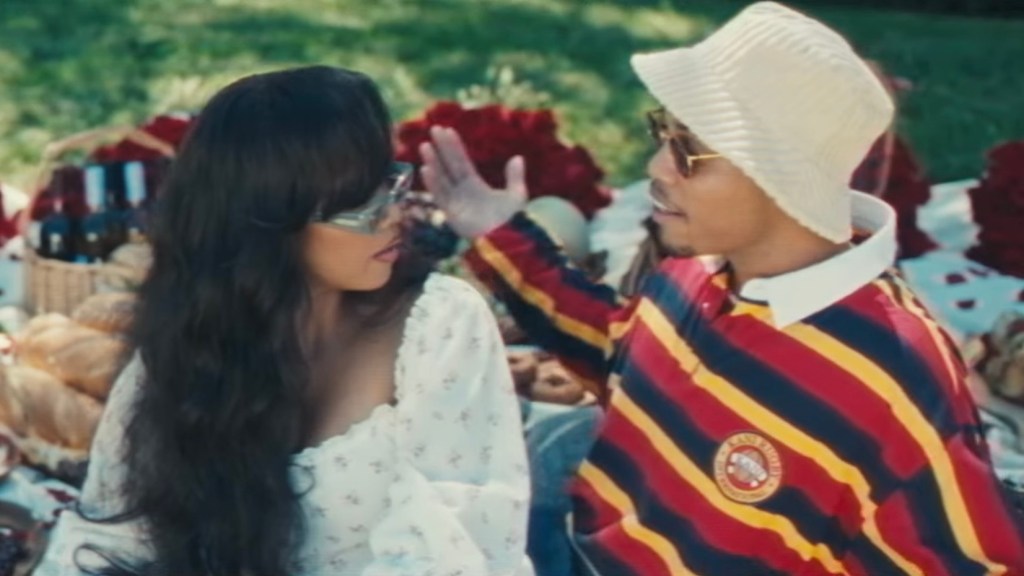 Watch Anderson .Paak and HER in NxWorries’ “Where I Go” Video – VIBE.com

NxWorries’ new “Where I Go” music video has been released and Anderson .Paak’s teaser music videos finally have context.

Directed by .Paak, the nostalgic visual follows the crooner, 36, and HER, 25, who sing on the record as their once happy, albeit fictional, relationship comes to a screeching halt. In the video, a cheating .Paak asks producer Knxwledge – the other half of NxWorries – for advice as his relationship crumbles around him.

Despite his attempts to woo his wife with lavish gifts, romantic outings, and a surprise party, she learns that he has returned to his old deceitful ways. After throwing a celebratory cake in his face and spinning off into the night, .Paak stays up in the rain to think about what just happened.

“Where I Go” marks the duo’s first release in six years (though they debuted the song at the 2020 Double Happiness Festival). The couple are also working on their long-awaited second album.

“It’s been a long time and I promise this album will be worth the wait!” .Paak revealed on Instagram.

When the Oxnard, Calif. native isn’t calling on his partner NxWorries, he spends his time in Silk Sonic with Bruno Mars. The 4-time Grammy-winning duo have announced that they will not be submitting their album, An Evening with Silk Sonic for consideration for the 2023 Grammys, much to the surprise and dismay of their fans.

Mars, 37, told rolling stone“We really put everything on this record, but Silk Sonic would like to graciously, humbly and above all, sexually waive submitting our album this year. We hope that we can celebrate with everyone a great year of music and participate in the Thank you for allowing Silk Sonic to thrive.

Despite Silk Sonic’s bittersweet announcement, enjoy NxWorries’ “Where I Go” video above.