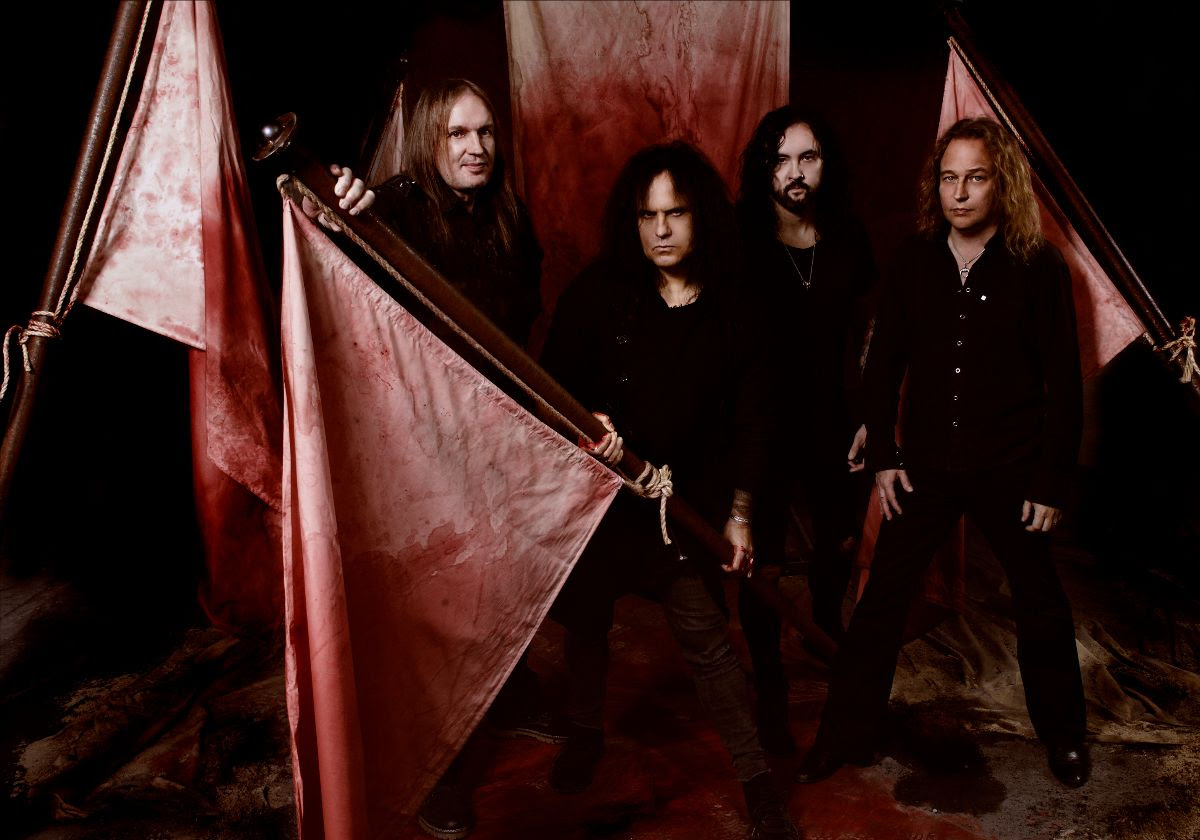 German pioneers of thrash metal Creator released behind-the-scenes footage from the making of the music video for “Hate Über Alles”, the title track from the band’s fifteenth studio album. Check it out below:

“Hate Über Alles” will be available on June 3 via Nuclear Blast. The sequel to 2017’s “Gods Of Violence” was recorded at Hansa Tonstudio in Berlin, Germany. The sessions were led by Arthur Rizk, who has worked with Cavalera Plot, code orange, Power trigger and soulflyamong others.

“Hate Über Alles” reflects the times in which we live. Everything is really loud and aggressive. Our way of communicating has changed thanks to social networks. This causes a lot of imbalance. The world is in a state of disrepair. Life isn’t harmonic right now, it’s disharmonic…that’s where I was going with the title.

The “Hate Über Alles” cover was created by Eliran Kantor, who has previously worked with hate race, soulfly, Will, frozen earth and Sodomamong others.

In September 2020, Creator Guitarist Sami Yli-Sirniö described the sessions for the band’s new album on Italian band Poisoned Rock as “very fun”, adding that the “vibe” in the band “is great. And the general mood and mood is very good,” he said. “[These are] creative moments for Creator right now.”

In March 2020, Creator surprise-released a new single, “666 – World Divided”. The song was produced by Andy Sneap and Markus Ganter and recorded at Hansa Tonstudios.

The clip of “666 – World Divided” was created under the direction of Jörn Heitmann, head of music videos for “Radio” and “Auslander » through Rammsteinwatch it below:

Creator played his first concert with Leclercq on October 19 in Santiago, Chile.

before joining CreatorLeclercq shot to fame with UK-based extreme power metalheads dragon strength for whom he served as bass from 2005 to August 2019.

Creatorthe previously announced State Of Unrest European Tour featuring lamb of god has been postponed to November/December 2022 due to the COVID-19 pandemic.

Creator released a new live set, London Apocalypticon – Live At The Roundhouse, in February 2020 via Nuclear Blast. The effort was professionally filmed and recorded on December 16, 2018 at the Roundhouse in London, England.

2022-02-13
Previous Post: Kid Baltan aka Dick Raaijmakers and Tom Dissevelt
Next Post: The love of music connects artists to their fans. Can he unite them against climate change?