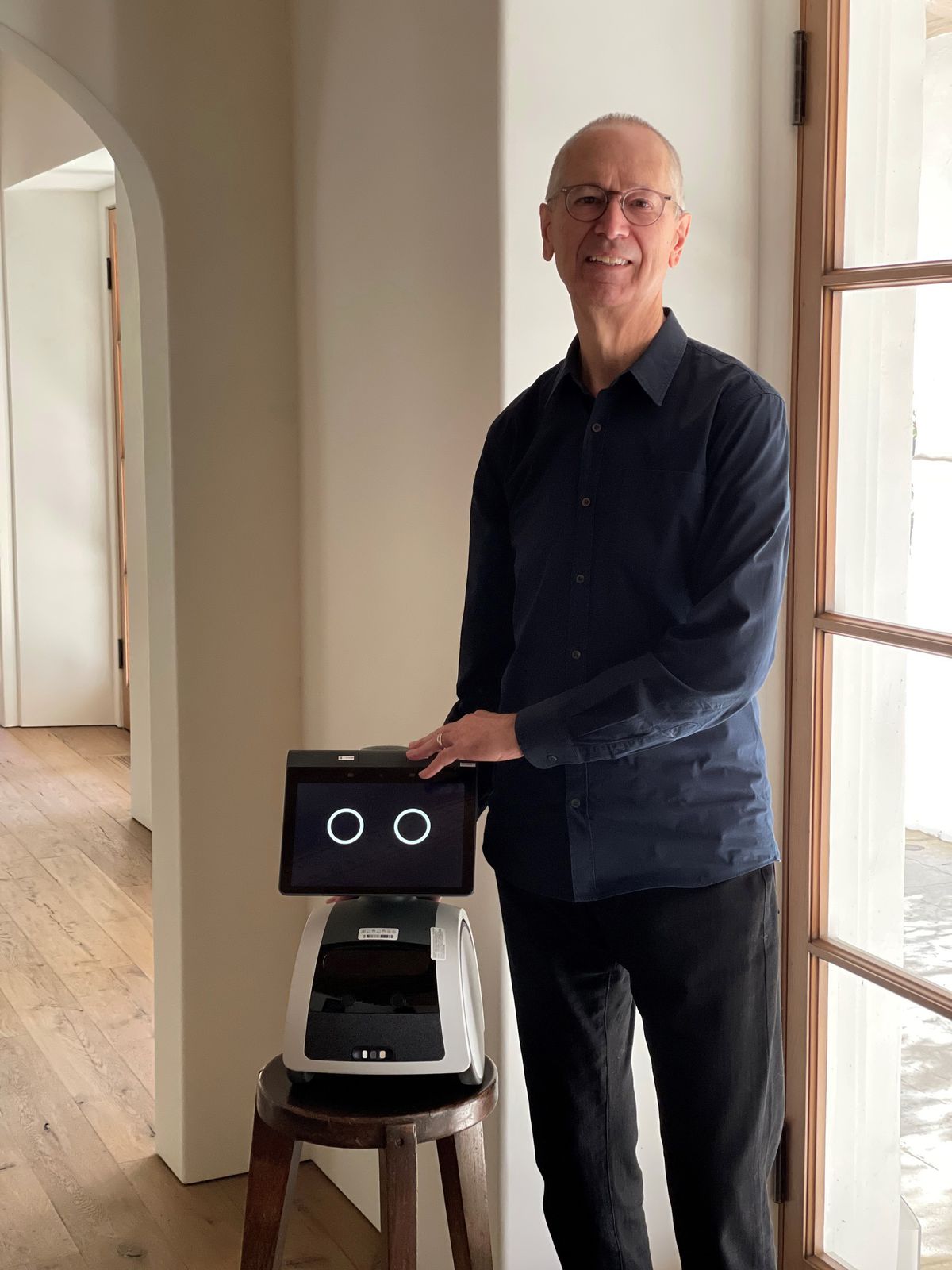 What is Lab126, Amazon’s Secret Research Lab? | Economy and business

Amazon is one of the few companies that can turn a whisper into a promise. “He’s going to launch.” “It will arrive in Europe.” All the promises make the headlines. And it all happens in Sunnyvale (California), where the company founded by Jeff Bezos has a secret laboratory named Lab126. This is the place that created Kindle e-readers, Fire tablets, the virtual assistant Alexa, the Echo smart speaker, Amazon TV and the Astro home robot. But also where failures like the Fire Phone (2014) come from. That mistake cost $170 million in cancellations, according to news reports at the time; a trifle for the juggernaut’s hardware proving ground.

Discretion —or secrecy— is inseparable from the laboratory. Just look at the photograph that illustrates this story. Where was it taken? In the lab? In a private house? In neither place? The only thing that is certain is the identity of the smiling person next to the Astro robot: Gregg Zehr, a hardware genius and president of Lab126. The conversation took place via videoconference, although a lot was left unsaid. “I can’t tell you how many people [several hundred] work in the lab. “Nor when Astro will arrive in Europe nor its price.” He also couldn’t talk about his upcoming projects. The interview revealed a very cordial person who, like an extremely talented child, enjoys the most difficult tasks at school.

Those days may not be too far away. Gregg Zehr grew up on a farm, a place writer Truman Capote might well describe as “over there,” the words with which his non-fiction novel In cold blood departures. “We had cows, chickens; it was the environment,” he recalls. He quickly excelled in mathematics and followed in his older brother’s footsteps by enrolling in engineering at the University of Illinois. He started designing products for children. “I love them and also working with researchers who don’t know anything about engineering, and with engineers, like me, who don’t know anything about human behavior. The perfect team.”

Then, the intermittent journey of open and failed start-ups implied by the ambition of Silicon Valley. He was vice president of hardware engineering at Palm Computing (where he led the team that developed handheld devices like Zire), vice president of engineering at VA Linux, and then joined Apple through Motorola colleagues. He never met Steve Jobs. “It’s funny. It left right when I got there, I saw it once in the parking lot,” he recalls. He was there for nine years, seven in the desktop business and two in as Vice President of PowerBook Engineering. In 2004, he joined Amazon. “I was interviewed by Jeff Bezos [founder of the company]. He’s a great guy, it’s true that he is complicated, but he has been very involved in the development of new products”, he testifies. “He is very demanding and always has new ideas. “

From this hyperactivity, in October, the laboratory emerged. The name comes from the Amazon logo, which draws a line that connects the “A” and the “Z”. In the English alphabet, A is letter 1 and Z is letter 26. Lab126.

The first success came with the Kindle e-reader. It was launched (after three years of work) on November 19, 2007 and in five and a half hours the 90,000 available units were sold. Bezos wanted to keep up with CDs, videos, music, but Zehr convinced him not to. “It was the start of everything, a business that sold books. We had to start with these types of downloads,” he says. The first flop has also arrived: the Fire phone. “We learned a lot. We knew the market was saturated but we thought there was room for the development of a new interface,” he defends himself. This was not the case. Apple and Google had already cornered the market with a flood of apps of all kinds.

However, stranding in San Francisco Bay has a different meaning than in Europe. It simply means starting somewhere else. Like domestic robots. “Five years ago, Bezos told us: we have to design these products,” explains Zehr. So they created a sort of start-up within Amazon to produce them. “Jeff said, okay, and we did. We needed engineers, sensor experts, camera designers… Lots of people. Because the robot had to answer two questions: where am I? Am I going to move safely? Astro represents five years of work. “You can imagine how many times we failed, but it’s great fun,” he concedes. In fact, they have a specific area where products go through extreme shock, water testing, heat testing, and all sorts of even the craziest random situations that come to mind. And all this with the support of a colossus of artificial intelligence, machine learning and cloud computing, where its AWS subsidiary is a powerhouse. They are like the Lego pieces of the future. “Crazy ideas are my favourites,” admits the president of the laboratory.

Perhaps there is no more craziness and uncertainty these days than in the future. At Lab126, they have their own technological premonitions. “I think there is still a lot of work to be done between the human being who interacts with large amounts of information; we need to make it easier. And for that, AI and Alexa are a good place to start,” says Zehr, who envisions a different tomorrow where people don’t have their heads continually tilted checking “the stupid cell phone” as they walk around. There will be an assistant in each house, perhaps hanging on the wall or moving on the floor, and through him financial transactions will be carried out, we will control the lights of the house, select the music to be played or transport things from one place to another, he postulates. Humanistic technology? Or an iridescent oxymoron? One of the richest men in the world builds prodigious hardware (in competition with Samsung, Apple, Google or LG), but what is his social involvement? Should Bezos pay a 90% tax rate, as French economist Thomas Piketty argues? “I’m afraid I don’t have a good answer to your question,” notes Zehr. “I’m a successful on-farm inventor and engineer, and I’m very involved with young people. However, as a species, we have to ask ourselves what world we want to live in. This is perhaps the biggest secret of all.

2022-04-27
Previous Post: Targa Sahyoun and Nick Steinhardt Named Senior Vice Presidents of Creative at Capitol Records
Next Post: Downtown Lewisburg will be filled with music and art for the festival | Applause