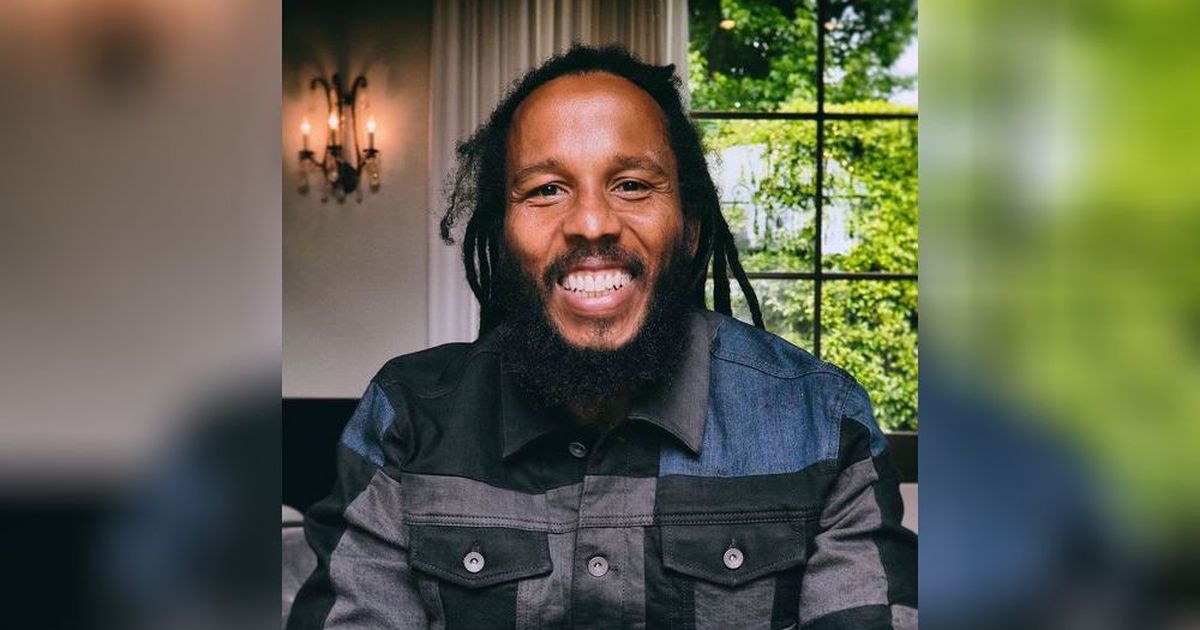 “The Lucky One”, Ziggy’s latest single, was released in July. In February, the Marley Brothers, his project with brothers Stephen, Damian, Julian and Ky-Mani, released a cover of their father’s song, “Cornerstone.”

Ziggy recently answered some questions about the current tour, his second album for children and his new music.

A: What does it mean to you to sing your father’s songs on stage?

Q: Well, I don’t think what that means. I just think about how it feels. I focus on what it feels like, and it feels real (and) deep. I don’t do any of my songs at these shows – it’s just Bob. It’s a different experience from our regular shows. We just did some Bob shows in Europe and it was really great. We had a great welcome. The message resonated and it brings people together, so it was a really good time. Europe is a different place, man. It’s a different culture but people really like reggae music.

Q: What was it like doing “More Family Time” during lockdown?

A: It was something that happened spontaneously and kind of grew. I was just at home writing songs. My son, who was 4, would come and make a funny sound. He was like, ‘Goo goo, ga, ga’, you know. He kind of inspired me to write songs about him and what he was doing, that’s really where “More Family Time” came from.

ExploreFriday at the Rose: Grammy-Nominated Lettuce Celebrates 30 Years of Funk

Q: What was it like working remotely with the various special guests?

A: It was interesting because it’s the first time I’ve contacted so many different people. It happened because we couldn’t see each other and the normal activity wasn’t there anymore but we were able to make an album.

Q: Is it true that you wrote your last single, “The Lucky One”, for your wife?

A: Yeah, she said she was lucky, and I said, ‘No, I’m the lucky one here.’ I made this for her as a Valentine’s Day gift. I put it on my Instagram page just on Valentine’s Day. It was the perfect gift. I don’t have anything to buy, I’m just writing a song.

Q: Is this from an upcoming album or a standalone single?

A: It could be for my album, but we didn’t do it for that. For now it’s just a single but I feel like it could be on an album because I like it so much.

Q: What made “Cornerstone” Bob’s good song for the Marley Brothers at that time?

A: We’ve been talking about it for a long time. “Cornerstone” is one of Bob’s most meaningful songs to himself. It was one of the first expressions of his experience that he put into song, so we just wanted to re-record it. The song had been recorded and we hadn’t worked together for a while, so we thought it was time to release something. It took us a while, but we finally decided to release it for Bob’s birthday.

ExploreBest of Dayton 2022: Nominate here for your favorites

Q: Is there anything else in the works with your brothers?

A: We are always doing something, but nothing to say at the moment. It’s still under construction.

Q: Do you have any recording projects?

A: I’m in the studio right now and working on something. I’m still in the studio. We don’t know when we’re going to release something but I’m going to spend some time working on an album project after this tour. I have songs here and there and I want to work on an album but right now I’m focusing on this touring season. We have a lot of dates with Bob and we are also on the road with Jack Johnson for other dates. It will be a mix so it should be very interesting. The dates of Jack Johnson will allow me to immerse myself a little in my songs. I can’t wait to live this experience.

HOW TO GET THERE

THE BEST OF DAYTON

Our Best of Dayton competition is accepting nominations for who should be a finalist, and we need your help. If you’re into events, we’ve got categories like Best Annual Festival, Best Concert Venue, Best Comedy Club and more. Click here to name your favorites in Best of Dayton!